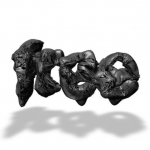 A review of Aesthetic Animism, so vulnerably personal, and at the same time so pragmatically organized, that it might just suggest a possible future for scholarly and creative scholarship: a digital practice that (in Jhave's words) "distends selves towards collectivities that remind it of oblivion." For the moment, that inevitability is avoided by the book's receipt of the 2017 N. Katherine Hayles Award for Criticism of Electronic Literature.

David Jhave Johnston's Aesthetic Animism is like the most erudite and well-researched Wikipedia page to have ever been committed to permanent form. Structured in five sections: contexts, critiques, practices, software, and futures, the book begins with a disclaimer on how it should be read. Readers coming from disparate backgrounds and an array of interests are warned that the second section, "critiques," is aimed at "literary theorists, critics, students and philosophically inclined readers" while the concluding chapter, “futures,” is more personal, a section for the "artist taking refuge in academia." The text, as the author frames it, should be read “in spasms” of “bite-size modules that link to form aggregates.”

The challenge of the poet's undertaking: to write a print novel about digital literature, is cleverly met with the refusal to construct a traditional academic text. Instead, Johnston composes a compendium of notes that deliver his argument in fragmentary, forum-like, parts. The short sections and concentrated focuses of the book make it easy to parse, like an index or dictionary for the practicing reader. A resource first and foremost, the text is a theory of ontological poetics if read in aggregate. Exploring strange new vectors of creativity and computation, Johnston questions the primacy of human experience in the Anthropocene by foregrounding the vitality of non-sentient life.

“Modernism,” Johnston observes with conviction, “contains capacities for transforming temporal, physical events into just-enough suchness—moments where the “is” shines in all its routine richness, and objective precision cultivates a presence that is independent of transcendence.” The light of the camera in Marcel Duchamp’s Anemic Cinema (1928) obscures the upper half of the metallic disks he’s set to spin in conical movements. The legibility of text sculpted onto these disks is obliterated along a granular spectrum as the camera films the lumbering rotations. Bifurcating the viewer’s attention, Duchamp intersplices the text with shots of black and white spirals that punctuate his Dadaist phrases. The circular movements between sentences begin to train the eye, priming a path of attention for the frames which feature text. One is implored to think about the shape of letters, consider their beauty or symmetry, and break the lexical from the word’s image. The text’s aesthetic appearance is foregrounded as meaning and formal structure swing diametrically towards the disk’s center.

Like Duchamp’s disks, which animate his sentence arrangements, contemporary software and platforms offer authors new ways to arrange the digital locomotion of poetry and transform the temporal reception of their locutions. Inserting a gap between a word and its meaning, a pause which allows one to dwell on the shape of poetry, emphasizes the “is” of a poem. Enthusiastically, Johnston imagines that this emphasis on the aesthetic births “an estuary where reception of beauty invokes an appreciation of aliveness.” It is the union of “suchness,” the objective being of words, with poetics that this text seeks to knead through an exploration of digital poetics.

Many have articulated the slightly haunted notion that language has the capacity to speak, even command. Johnston explores a history of chanting and mysticism around sacred texts and holy words. The thought that there is something primordial or immediate in certain incantations, is a comfortable entry into the more radical elements of Aesthetic Animism. Poets can play with sonic potencies and invocations in their composition, writing words that make us feel. Lu Xia, a poet held under house arrest by the Chinese government, eloquently wrote about this almost superstitious reverence for words: “I’m a philosopher who thinks / with my body, I’m biological / theater, non-fiction, the body / of spirit whose language is / poetry. I am prosody.” Xia writes as if words have a power to possess the body and create form through their own volition. This is not a singular notion, Johnston write that “poets for millennia have occasionally suggested that human language is speaking us, making us; that we are its subjects. And perhaps it’s this meta-anthro perspective that poets can bring to the binary feast.”

The text’s exploration of animation in digital literature forces one to wonder how to distinguish between generative programming and manually created content. If we are gleaning things remotely, representations of life, why wouldn't the digital become indistinguishable from the real. Technoetics, a neologism coined by Roy Ascott, refers to the exploration of appearances of consciousness in technology. The litmus test for inquiry into machine consciousness does not hinge upon some biological foundation, but with a convincing simulacrum, or aesthetic, of consciousness. Though this reconsideration of what constitutes life was radical at the time, Johnston presses farther. “The Turing Test,” reasons Johnston, “reflects an anthropomorphic bias. We assume that consciousness is convincing human consciousness.” He pushes beyond the tendency to consider life in terms of the human experience, and demands we recognize other forms of organic vitality, extending what can constitute digital vitality.

Aesthetic mediation of text challenges our conception of what is living and what is thinking. If we cannot tell that a software is generating writing, how is that writing different from something composed by a human? Deconstructed, one begins to see parallels between human processing and that of computer systems—molecular foundations and coded language.

To strip expressivity from the body, from the human experience, is conceptually abrasive. How can machines replicate the sort of nuanced sensitivity that we associate with artists and poets? How can phenomenological thoughts be formed without a physical foundation? In Eye of the Mind, Merleau-Ponty complicates Cartesian epistemology by observing that “the visible world and the world of my motor-projection are both total parts of the same Being.” It is through personal subjectivities that the world is built, given names. However, Johnston does not argue that the human will be removed from poetry, rather he enthuses that artificial intelligence will begin to understand and replicate human sensibilities, forming a sort of atmospheric response to poetry. “In 5 years [AI] will write with/through us,” Johnston predicts, with a tone of palpable optimism.

Instead of arguing that computational software will replicate human thought, the author conceives of a place for techno-rendered language in the Anthropocene. An ecology is bestowed on digital literature. Like a river, or the wind, the digital is something we move through, that has the particular dynamism of organic life which cannot speak directly. If a practiced sensitivity is brought to “the speech of things, phrases in wind, the form of phenomena coalescing into a singular evocative system,” poetry can be animated.

Johnston provides examples of dozens of artistic practices which elucidate how poetry is being transformed by digital practices. One particularly interesting rendition not included in Aesthetic Animism, is the author’s own most recent project: Big-Data Poetry. Johnston used Pytorch, a deep learning data processor, to write his own language generation software in GitHub. With 639,813 lines of poetry from five archival poetry websites as a word library, he wrote code that automatically generates a poem every 20 seconds. When performing the piece, Johnston chooses words to read aloud with the timbre of a poet accustomed to listening very carefully to the way people speak. Improvising a path through Pytorch’s text, the poet parses the machine’s language, functionalizing its labor and humanizing its output. Collaborating with software generation, the piece wonders why digital renderings cannot be material for art. If natural beauty or emotional devastation can send poets stumbling toward summation, why not the way big data feels?

In the concluding chapter of the text, Johnston articulates a plainly ideological belief in the productive possibility of digital literature. You can almost hear his tone change, imagine his sentences speeding into one another to the tempo of epiphany, as he writes: Imagine every single poet (on PennSound, Poetry Foundation, Jacker2, etc.) assembled into a single amorphous identity. Unsupervised learning updates perceptions of this field of voices…The new voice is the site; all voices converge at this site. Where the river arrives at the ocean, an estuary flows. The voices that come out, the voices that speak, are rich and loving, dense and pure, angered and immaculate.

Perhaps, in his desire to share the eudemonia he imagines promised by aesthetic animism, Johnston too quickly eschews the materiality of existence. If the poem is alive, who is the poem? Information is not fed to machines organically. Even in Johnston’s own project, the algorithm works with online databases as source material. Poetry.com is not an objective or unmediated source; it is a certain subsection of published poetry. Working to form thoughtful critique at the intersection of technology and identity, Lisa Nakamura’s writing usefully tempers Johnston’s enthusiasm. She warns that “in order to think rigorously, humanely, and imaginatively about virtuality and the post-human, it is absolutely necessary to ground critique in the lived realities of the human. The nuanced realities of virtuality—racial, gendered, Othered—live in the body.” Though the theoretical realm of the post-human has many emancipatory possibilities, it seems useful to remind ourselves that, for now, the world writes upon our bodies, inscribing stereotypes and societal narratives.

Aesthetic Animism is written in prose that metabolizes the academic through the sensibility of a poet. Inquiries that engage the neologisms of critical theory are followed by esoteric, sonically pleasing meanderings. Between optimism and critique, Johnston wants a manifesto in parts. While revealing his own elation, his desire to predict a digital rewriting of humanity, he grounds his text in resources, facts, digital practices, and summaries of software. It is rare to read a book which is at once so vulnerably personal, and at the same time so pragmatically organized. Perhaps the book is testament to an idea that Johnston opens with, that “digital work does not confirm selfhood as poetic literacy did. Instead it distends selves towards collectivities that remind it of oblivion”

Riposte to this review: "We Write to Each Other", by David Jhave Johnston 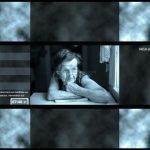 Digital Narrative and Experience of Time 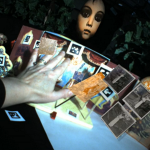 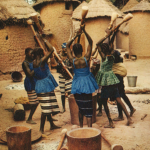