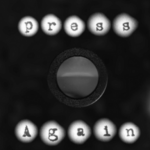 Jeneen Naji describes Chris Funkhouser’s Press Again and Sonny Rae Tempest’s Famicommunist Poetics as examples of “the UnderAcademy style” begun by Talan Memmott. At the same time, within the context of post-digital publication, Naji explores concepts like "transcreation" and "translation" insofar as the two digital practitioners have conveyed experimental e-texts into print.

Press Again is a small unassuming book with big ideas. The reader is presented with a series of images of words from Against Expression: An Anthology of Conceptual Writing (Dworkin and Goldsmith eds.). A digital microscope originally captured the images of words that appear in Press Again in order to be used in a multimedia performance with Amy Hufnagel and Sophia Sobers in Brown University's Granoff Center in 2012. Funkhouser approaches this text as an artist and writer whose design highlights the visual elements of alphabetic textual expansion as practiced by Jackson Mac Low as well as "transcreation" (Funkhouser, Press Again 66-67).

Transcreation is a theory that falls somewhere between translation and creation bouncing though the prisms of adaption and remixing along the way. Funkhouser describes it as a translation theory that involves imaginatively recreating a concept from one language to another while jettisoning any responsible fidelity to the original source, this can also be usefully applied in the transfer from one medium to another (New Directions in Digital Poetry 231). Funkhouser favors the word transcreation for an anthropophagic text, whereby texts initially presented in one state transform into others (Funkhouser, New Directions in Digital Poetry 6). The word itself not only highlights the cannibalizing, recycling and remixing of content that is so prevalent in contemporary digital production and consumption but it also reminds us of the importance of creation and creativity as opposed to the soulless reassignment of content. Creativity is and always has been at the core of Funkhouser's work and this book is no exception, its many potential paths and meanings calling to mind, as Andrew Kloubcar suggests in his testimonial on the back of the book, "the somewhat troubling sensation of staring down into a set of infinitely receding images of texts reflecting back at us." The fact that these are images of text is also important to note. The recursive gesture of using images of print text as text considerably impacts our understanding of the materiality of the work, challenging our notions of books, words, and images under post-digital production. So we not only see the images themselves being transcreated from their original incarnation as words in book form, but also as photographs of projected images returned to print form—or as the title suggests, returned to "press again." The process of transference that takes place is implicitly poetic not only through the connotation of the textual content but also in the ironic appropriateness of the transfer itself as it returns to book form. What changes in each of these modalities for the reader, then audience, and then reader again is a complex hermeneutic process as different layers (context, content and materiality) compete semiotically—a process characteristic of transcreated works.

Press Again also highlights the importance of subtextual narrative: through the highlighting of words in each of the images the reader can (if they choose to) use the first letter of each of the underlined words to follow an alternative subtextual narrative. If as Dworkin states, context is everything (xxxviii), then following this subtextual narrative is the perfect embodiment of such a premise, since meaning is in fact only constructed through knowledge of what letter came before or comes after.

For example, the words "conceptual art out of conceptual art" are formed by noting the first letters from highlighted words in a sequence of pages early on in the book: "cunnilinguate," "occult," "night," "crowd," "evil," "people," "that," "unpardonable," "are," "look," "at," "rights," "the." This process repeats with different images of words this time forming the sentence "reading the set text is not so difficult as interesting," a sentence formed by the first letter of words in images which are "Richard," "eight," "a," "day," "I," "nipples," "grafts," "tissue," "her," "entire," "soap," "extremity," "tightly," "tightly," "edges," "xxxx." So a calm, authorial academic voice is counter balanced with a subtext that alludes to a profane, embodied voice and a hint of flawed humanity. I have outlined here a small sliver of Press Again's potential interpretation based on my own reading of a few pages within the book. The vast potentiality of interpretation remains open to the reader in the entirety of this book. Each of the images contain not only the highlighted words I have listed above but also other words for you to fold into your hermeneutic process.

On page 23 in Press Again there appear images of the scribbled words "you can't choose the words in a book!" offering a startling relief from the formal typeface through the smooth felt tipped materiality of handwritten words. And so here in essence Funkhouser is offering us that exactly, a book in which we can choose the words or we can choose to follow the proscribed path by painstakingly tracking the first letter from each highlighted word in each image. Alternatively he seems to encourage us to break with convention of traditional reading modes and form whatever words we choose from the images provided. In this instance allowing meaning to be inferred from the contextual knowledge that these words have been taken from Dworkin and Goldsmith's Against Expression: An Anthology of Conceptual Writing. The openness to new modes of reading provided by Chris Funkhouser in this book is reminiscent of the potentiality inherent in the digital medium for subverting linear broadcast narrative traditions. However in this instance he has successfully used the traditional analogue form of a book to offer us a glimpse of same potentiality of meaning as offered in contemporary digital forms.

For example, the poem "UNWELCOME" is a screenshot-style sprite poem whereby a single word has been infused into the opening play scene of Metroid for the Nintendo Entertainment System (NES) (Tempest 40). Released in 1986, Tempest notes that it was one of the few games that featured a strong female protagonist, Samus Aran. When you, the player, win the game and defeat the alien race the 'twist' that the main character is female is unveiled. The assumption was that this was a 'twist' because Nintendo's demographic was thought to be made up of all young males, though today the substantial female component of the game playing demographic is more widely acknowledged. "UNWELCOME" uses the opening scene of this game and populates the graphics with the letters of the word "unwelcome" thereby drawing on traditions of concrete poetry as much digital poetry does. The nuances in this poem are subtle and complex. Tempest outlines how there are the more obvious connotations of unwelcome for the alien race and environment that Samus Aran is there to exterminate—and notes that she is unwelcome to them also. Similarly in the offline world Tempest reminds us that Samus Aran is also unwelcome, the absence of empowered female characters in not only games but film is a widely acknowledged (if not yet rectified) inequity in contemporary society. Yet in the 1980s it was barely even noticed, although clearly the Nintendo creators of Meteroid had. Tempest's screenshot-style sprite poem "UNWELCOME" draws implicit attention to the socio-political context of the time and questions of multiculturalism and gender in gameplay by infusing the word "unwelcome" into the graphics. Interestingly when discussing his work in an interview with Jason Johnson (reproduced at the back of Famicommunist Poetics) Tempest, like Funkhouser, indicates his work draws on translation. Though he is more comfortable being described as a "translator" (Tempest 115) and sees the goal being to provide a translation from a digital medium to a non-digital medium. He does not view the production process as either creative or destructive. Funkhouser, on the other hand, views the transcreation process as creative destruction, cannibalism even. Conversely Tempest views the resultant words "as derived from illusory objects with inherent, if not immediately apparent, real poetical content" (115).

Both publications present us with poetry derived from digital objects. Tempest is returning it to text form by infusing sprites with text and reproducing them in a book. Although the sprite imagery's original form is code, which is text-based, the digital apparatus translates code into image and then code is modified in order to introduce text into to the game generated sprites, which are then translated into images in a book. Chris Funkhouser, however, takes text, converts it into digital images and then returns it to book form in order for it to operate as text and yet still maintain the words in digital image form. Both poetics require effort and knowledge on the part of the reader to appreciate the expanded field of hermeneusis. Knowing where the words and images in Press Again came from makes a difference to the hermeneutic experience, similarly knowing the socio-economic context of the game of each sprite poem augments the poetic context of each piece. However this does not differ so much from what we would term more "traditional" forms of art. What it does highlight is that reference to the 'original' source text is an integral if not essential part of these texts. Although modern multimodal translation is believed not to require the same fidelity to the original text as traditional multilingual translation, nonetheless the field of hermeneusis is vastly expanded if the text is understood within the context of the original source text. As mentioned earlier, Funkhouser (New Directions in Digital Poetry 231) describes transcreation as a translation theory that jettisons any responsible fidelity to the original source text, however it still maintains and calls for a link to the original source to a far greater extent than for example adaptation, whereby a text can be understood and enjoyed on its own without reference to the original.

Reading Press Again, I am afforded a sense of depth and labyrinths of meaning that I am invited to spend as long or as little as I wish exploring. The book displays enough complexity on its own to satisfy any hermeneutic appetite. It reminds me of the expanded potentiality of meaning a codex can offer if we forgo linear reading habits informed by generations of print. By contrast, Tempest's publication outlines extraordinarily interesting novel forms of digital poetry that make me yearn to see them in their 8, 16, or 32 bit glory. It leaves me reminiscing for the digital form, evoking echoes of the melodic digital bleeps and bings we come to associate with the video game form. Press Again is a book that manages to recreate the experience of the digital while being perfectly suited to the affordances of a book. Alternatively Famicommunist Poetics's constrained linearity speaks to the digital and makes me yearn for its medium. It strikes me that the hermeneutic satisfaction in Tempest’s Famicommunist poetry might be in the making or playing of it, but in Press Again it is in the reading of it. Both publications nonetheless are fascinating works that contribute to the ever-expanding corpus that speaks to and is digital poetry.

. “Back to the Book: Tempest and Funkhouser’s Retro Translations”, Electronic Book Review, April 2, 2017, .
Readers wishing to respond to an essay in ebr may send ripostes or short glosses to the journal’s Managing Editor, Will Luers.
PDF 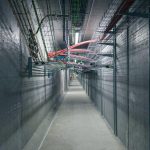