Timothy Melley reviews Mark Fenster on conspiracies in fact and fiction and finds evidence against the assumption that only nonexistent conspiracies produce conspiracy theories.

Conspiracy theory has a long history in the political culture of the United States. But in the last decade or two, "the paranoid style in American politics," as political historian Richard Hofstadter called it in 1963, has kicked into high gear. Major magazines and newspapers have repeatedly called attention to America's "conspiracy mania" (Marin and Gegax) - not only the flourishing of a "new paranoid style in the American arts" (Kakutani) but also the growing sense that conspiracy is now "a dominant theme of everyday life" (Hoover). "This," says a character in Don DeLillo's Running Dog (1978), "is the age of conspiracy."

While many cultural observers have proclaimed the centrality of conspiracy theory, few sensitive and interesting treatments of it exist. Recycling Hofstadter's model of mental illness, critics have tended to view conspiracy theory as a monolithic form, one best treated with skepticism, disdain, or even government surveillance and repression. Daniel Pipes's Conspiracy (1997), for instance, asserts that " conspiracy theory is the fear of a nonexistent conspiracy. Conspiracy refers to an act, conspiracy theory to a perception" (21). By this absurd definition, conspiracy theories are always wrong and thus the "act" of conspiracy can only be theorized by a lunatic. In a similar if more nuanced argument, psychologists Robert Robins and Jerrold Post outline a host of reasons to be worried about expressions of "political paranoia." To their credit, Robins and Post concede that "political paranoia is seldom a complete delusion" (50). Yet, as evidence that "paranoid" claims occasionally have merit, they point to the case of Soviet dissidents who were wrongly imprisoned as mental patients until correctly deemed sane political prisoners by a team of (presumably objective) U.S. investigators - a case that only underscores the basic opposition between "political paranoia" and dominant American political views.

Mark Fenster's Conspiracy Theories: Secrecy and Power in American Culture is a welcome exception to this trend. Fenster treats conspiracy theory as a populist theory of power, a form whose appeal stems from its recognition of real inequities in contemporary society and its expression of "desire for a politics in which 'the people' can affectively and effectively engage" (62). Treatments of the "paranoid style," Fenster argues, cannot account for conspiracy theory's pervasive presence in contemporary cultural forms (films, novels, television shows, web sites, and even board games). Nor can they tell us why conspiracy theory has become so popular or what it reveals about political subjectivity. In place of such dismissals, Fenster suggests, we need to regard conspiracy theories as a symptom of actual political and social conditions. "Just because overarching conspiracy theories are wrong does not mean that they are not on to something," he remarks (67). And what they are "on to," it turns out, is a progressive and utopian vision of an inclusive political culture.

Yet Fenster is no apologist for conspiracy theorists. If conspiracy theory stems from a utopian impulse, it also contains elements that frustrate progressive political analysis. Fenster spends considerable energy unraveling the internal illogic of this discourse, its contradictory strands of utopian yearning, social critique, and political protest. While conspiracy theory articulates a critique of powerful institutions, it departs from progressive analysis by substituting a simplistic populist vision of antagnoism between "the people" and "the elites" for a truly detailed analysis of complex power structures.

One of the most curious features of this substitution - one that Fenster treats only in passing - is its conservation of intentionalism. In the conspiracy theorist's view, things always happen because someone (or something) wills them to happen. This relentless need to understand social and political outcomes as the product of intentions suggests that conspiracy theory expresses not only certain political wishes, but also nostalgia for a liberal philosophical vision, one that emphasizes the free will of subjects in competition with a monolithic social order. Fenster's approach to conspiracy supports this interpretation by tracing Hofstadter's "anti-paranoid" ideology to the consensus political science and history of the Cold War era. It is precisely this ideology, with its purported rationalism and objectivity, that conspiracy theory aims to challenge through its classically liberal celebration of self-determination against the power of "society" writ large.

Fenster's book traces this sort of celebration through a wide array of communities and discourses, from popular novels and films to forms of play, such as conspiracy "games." While a few chapters, particularly those on right-wing militia and Christian groups, are more reportorial than analytical, and hence less interesting, most offer new primary materials and theoretical approaches. One of the best chapters treats conspiracy narrative as a form of hyperactive semiosis. Fenster argues that conspiracy narrative is motivated by a paradoxical desire both to unearth the motive cause of complex social effects and to keep that cause at arm's length. "If satisfaction is defined as the proof and public recognition of the 'truth' of conspiracy and the efficacious remedy of the crisis," he argues, "then conspiracy theory demands dissatisfaction" (89-90), since incessant interpretive activity is the theorist's real goal. This vision of the bottomless pit of conspiratorial interpretation leads Fenster into a provocative consideration of conspiracy theory as a model of Lacanian desire, and hence an endlessly productive form of discourse. "Productive" here does not mean productive of real political change. Rather, as Fenster makes clear, conspiracy theory's perpetual interpretive quests become a substitute for "meaningful political engagement" (80) - a problem heightened by the solitary nature of such theoretical pursuits.

No doubt, conspiracy theory does deter collective political struggle, in part because conspiracy theory stems directly from the "anti-social" values of liberal individualism. Yet, plenty of instances exist in which the conspiratorial mindset may be traced directly to direct political action (the Oklahoma City and Unabomber crimes come to mind). While Fenster does not ignore such outcomes, his analysis occasionally falters when he assumes that conspiracy theory, for all its surface variability, has a monolithic logic, a consistent set of rules, limits, and internal contradictions. While general tendencies exist, it seems important to distinguish the endless deferral of the X-Files from the "anti-conspiratorial" acts of Timothy McVeigh and the Unabomber.

This tendency toward generalized description might also have been minimized if Fenster had treated the more complex writings of postwar writers such as William S. Burroughs, Kathy Acker, Ishmael Reed, Joseph McElroy, Don DeLillo, and Thomas Pynchon. While the latter two receive occasional mention, Fenster does not seriously engage their writings. This is unfortunate, because their novels of social conditioning, conspiracy, and social control are more nuanced - and have been far more influential - than the sources on center stage here. These objections, however, should not diminish Fenster's accomplishment. On the whole, Conspiracy Theories is a wide-ranging, impressively researched, and intelligent book, one that accounts for both the political and cultural dimensions of its subject. Readers from diverse backgrounds will appreciate its careful handling of conspiracy culture. By remaining sensitive to the aspirations behind even the wackiest of conspiracy theories, Fenster is able to provide a compelling critical analysis of this increasingly visible and important political "style."

Pipes, Daniel. Conspiracy: How the Paranoid Style Flourishes and Where It Comes From. New York: Free Press, 1997.

. “Conspiracy and the Populist Imagination”, Electronic Book Review, December 30, 1999, .
Readers wishing to respond to an essay in ebr may send ripostes or short glosses to the journal’s Managing Editor, Will Luers.
PDF

other essays by 222
Timothy Melley 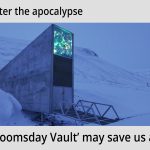