Chris Funkhouser reads the Electronic Literature Collection Vol. 1 as a crucial document, an effective reflection of literary expression and areas of textual exploration in digital form.

The Electronic Literature Collection Vol. 1 is essentially the first major anthology of contemporary digital writing, and there are few things not to appreciate about it. Sixty varied and highly refined works are included, produced by artists who have been practitioners for many years. A viewer who is not open to participating in explorative, often abstract works, may not like or be able to appreciate the content, and surely there are high-quality works that are not included (as in any literary anthology), but the material gathered here could hardly be more representative of what is happening in various digital genres of writing, or better presented. First in a series of collections planned by the Electronic Literature Organization, this collection is a crucial document, an effective reflection of literary expression and areas of textual exploration in digital form. As a document of artistic works prepared by authors on the WWW during the early twenty-first century, it is a terrific compendium that should be valued by educators, scholars, and artists.

Importantly, the visual interface around which the individual works are organized is easy to negotiate. On the opening page, each work is represented by a thumbnail image laid out on grid; the name of the author and title of works appear when the image is touched and a link to the work is activated by clicking. Subpages pertaining to each author's work are stylized, including author's commentary and clear instructions; anyone who knows how to use a computer and WWW browser should be able to navigate through the material. Indeed, many conveniences are supplied for readers: multiple indexes, organized by author, keyword, title, etc. Layout and design are consistent; information about the works (including author statements) is plentiful: it is a researcher's dream!

Each of the works contained in the Electronic Literature Collection Vol. 1 happens to fit into a typological framework I devised while analyzing pre-WWW texts in my book Prehistoric Digital Poetry: An Archaeology of Forms, 1959-1995 (Alabama, 2007). In the book I also cast a wide net, analyzing many different kinds of digital poems, to discover works that are automatically generated, visual (static/animated), or hypertext/hypermedia (a few fringe forms are also discussed). Thus, apparently, digital writing has - regardless of its ephemeral appearance - a relatively firm foundation, and can be considered in terms of what its general possibilities are, here on display for anyone to evaluate. One aspect of the collection that fascinates me is seeing, in bulk, how strategies towards making writing within the major areas of digital textuality have evolved during the past two decades. For instance, the Electronic Literature Collection Vol. 1 shows us that text generators are easier to use and are often more versatile than their historical predecessors; a user no longer is limited to pressing a button and watching the generated poem appear as ascii text. No longer are many works static and simply projected onto the screen; hypertext is often more dynamic (although possibly less sophisticated) than it used to be. That literature can be reflected in games, an important consideration, is certified. A high level of interactivity employed by authors featured the Electronic Literature Collection Vol. 1 indicates that a greater number of works are being built in order to position the viewer as a player on the field rather than spectator in the grandstand.

The group of works presented cannot quite be seen as a "greatest hits" of electronic literature, although some important historical works are present, such as Jim Rosenberg's "Diagrams Series" poems and Stefans's the dreamlife of letters. Rosenberg's online extension of his ground-breaking Hypercard work uniquely projects multilayered expression in which verbal content is culled by the reader, who negotiates visual information using new syntactical formations invented by the author. Stefans's animated concrete poems are not only visually spectacular, and aesthetically challenging and pleasing, but provide a stunning example of how elastic and expressive letters themselves can be when an author employs new media techniques with great sophistication. Jim Andrews's contribution, "On Lionel Kearns," a "binary meditation" on a pioneering Canadian artist, divulges the central role binary systems play in electronic literature and exposes Kearns's ideas through an interactive, sometimes animated dialog that culminates with Kearns's 1973 "Birth of God" video (which contains the warning: "Could induce epileptic seizures").

Other contributors, such as John Cayley, Deena Larsen, and Alan Sondheim, are amongst the early practitioners (if not stars) of the genre. As a critic in this discipline, their contributions are of interest to me not only for their artistic qualities (which are plentiful), but how these authors, each of whom produced electronic work in the pre-WWW era, have (and have not) shifted their compositional strategies, and, again, how the mediated properties of works themselves have changed over time. In looking at Larsen's "Carving in Possibilities" in the Electronic Literature Collection Vol. 1, for example, anyone who is familiar with her title Marble Springs (Eastgate, 1993) cannot help but notice how drastically hypertext techniques within a digital poem have changed. Instead of links and nodes being built and presented separately, to be navigated by clicking with the mouse (as in Marble Springs), the reader/viewer now confronts all the links at once; there is no clicking - content is unveiled by moving the mouse across a given image. Several pieces are reminiscent of historical works, such as Emily Short's "Galatea" in which a "chatterbot" emulates a conversation with the user (à la Eliza or MOO "bot"), or the layered rays of text in Dan Waber and Jason Pimble's "I You We," which recall the aesthetics of Marc Adrian's "Computer Texts" (Cybernetic Serendipity, 1968) or Carl Fernbach-Flarsheim's The Boolean Image/Conceptual Typewriter (1970). While the authors of the contemporary works may not be familiar with the earlier projects, the fundamental formal territories of digital literature are reified by the presence of these more recent works. I will not be surprised to see them in yet further remediations by a different cast of authors in subsequent ELO Collections.

The Electronic Literature Collection Vol. 1 illuminates the complexities of digital literature, showing tremendous variety, how new media "writing" often contains multimedia elements, and that a fair viewing and interaction with such works can happily engross a viewer for many hours of mysterious stimulation. In fact, through Marko Niemi's work, "Stud Poetry," I was able to engage in a seemingly endless poetic game of cards with Rimbaud, Valéry, Baudelaire, Mallarmé, and other French poets. After getting the feel of this game, or any, one can engage in infinite play with (exploration/investigation/experimentation) and interpretation of language. At one point I had a showdown with Valéry, with randomly appearing words as currency; somehow I managed to win but then lost the next game almost immediately. No poems were written as a result, but they could have been, using the small vocabulary of the deck as a type of first draft writer. The experience was, nonetheless, curious and absorbing.

One of the most exciting aspects of the Electronic Literature Collection Vol. 1 is that it shows that authors have embraced the challenge - and have managed to retain the freedom - to engage and invent in the versatile electronic space that the WWW provides. Well-conceived and informed distillations of any new artform, such as we see in this production, not only display a tremendous amount of creative effort, but provide an artifact that is destined to play a crucial role in the progeneration of digital expression. As of yet, electronic literature, despite its advancements and cleverness (and probably due to its complexity), remains situated at the fringe of a culture in which digital media is now a central component. It is my hope that the availability of radiant publications, such as Electronic Literature Collection Vol. 1, will indeed heighten the visibility of form and, in time, will influence by inspiring design and construction of even more advanced literary works in electronic space.

Funkhouser, Chris. “Electronic Literature circa WWW (and Before)”, Electronic Book Review, October 8, 2007, .
Readers wishing to respond to an essay in ebr may send ripostes or short glosses to the journal’s Managing Editor, Will Luers.
PDF

other essays by 222
Chris Funkhouser 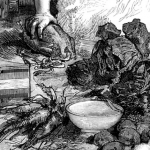