The Internet Nation thread, which the editors hope to develop substantially in the coming years, was introduced in the winter of 98/99, following a trip to Novi Sad by ebr editor Joseph Tabbi a few months before that city would be bombed by NATO troups.

Visiting Egypt in the eighties, Noam Chomsky marvelled at the intellectuals and university professors who had invited him there in the midst of political turmoil. "They haven't got water or electricity in parts of Cairo," he is said to have remarked, "and all they are talking about is postmodernism."

This ebr special on Eastern and Central Europe (accessible by clicking here) goes online as ethnic conflicts intensify in Kosovo and students go to jail in Belgrade for writing graffiti on the walls of their university. In this moment of crisis, in which governmental attacks on academic freedom threaten the very possibility of cultural communication, our contributors in the East wish to speak primarily of postmodernism. Guest editor Vladislava Gordic, of Novi Sad, Yugoslavia, and the contributors she has gathered locally and in Poland, Romania, Hungary, Western Europe, and the U.S., have little to say about the spectacle of carnage produced by an atavistic and fragmenting nation-state. Instead, one catches the spirit of another moment, in an earlier crisis in the winter of 1996/97 when this east/euro/pomo special was conceived. At that time, a different kind of spectacle, grounded in the theater of the absurd, actually held sway in Belgrade, through unprecedented, festive, and remarkably long-lived street demonstrations that reached Western screens via contacts through the Internet, bypassing the government's centralized control of local TV and radio. The Internet Revolution - as it was then called, prematurely - may take its place in history with the more consequential Velvet Revolution of 1989. However limited such movements may be in their ability to create new institutions, they establish the relevance of a resistance that knows itself, and makes itself known, by the playful combination of disparate media.

Novica Milic, a Belgrade writer and one of the city's media activists, helped make sure that news of the protests reached CNN via the Internet (which, unlike the Radio One offices, could not be defeated without shutting down every telephone in the country). In his public dream of becoming a global dictator, which opens the issue and sets the tone for ebr's intervention in the politics of Nations, Milic aspires not to the old-fashioned dictatorship whose power he momentarily sidestepped in Yugoslavia, but rather to a trans-national economic system based on differential currencies and non-stop mass entertainment.

Events that many in the U.S. would still consider to be frivolous can thus be recognized, by an activist in the East, as unmistakably and deeply political. The difference, As Gordic wrote in her Winter '97 call for papers, is that "in America,"

postmodernism is all about turning the Nietzschean prisonhouse of language into the Disneyfied playhouse of language, whereas in Eastern Europe everything's become a playhouse of (hi)stories: serious issues of repression, dictatorship, and manipulation are being laughed at, played with, and travestied, while national histories are being told, retold, lied about, and twisted into pomo plots and discourses. Kis and Kundera find their stories in histories - in documents and national destinies. Milorad Pavic constructs a lexicography in which history and metahistory are converted into a text. Contemporary Russian writers, from the late Dovlatov and Limonov to Victor Pelevin, observe the dissolution of their culture and tradition in the age of McDonald's and American cars.

Ceausescu of Romania meets Mickey Mouse in frames sampled for ebr by the Novi Sad video artist, Aleksandar Davic. Yet, as is shown by the national literatures discussed in this issue, Eastern Europe did not wait on the West to develop its own modes of postmodern writing. In regions that have only recently been introduced to hyperconsumerism and the post-industrial society, there has long been a fully developed literature, a particular mix of genres and narrative arts, that demonstrate all the ambivalent and alienating features of Western postmodernism - such as an adherence to formal experimentation, a narrative self-consciousness, a way of "magicking the real," and a minimalist approach to story-telling. Drawing influences from its massive cultural heritage and ongoing political turbulence ("its territorial and ideological flame wars," in Gordic's words), East European pomo suffers no shortage of gifted, remarkable writers of an experimental cast, such as Belgrade's Milorad Pavic, whose fantastical and allegorical work (a print anticipation of hypertext) may turn out to be no less insightful about the region's "racial, ethnic, and religious divisiveness [than] the more conventionally configured Bosnian Chronicle by Nobel prizewinner Ivo Andric. Despite a resilient moral conservatism and irreducible romanticism in Polish Catholic and Romanian Orthodox thought, our contributors identify an emergent strain of postmodernism in the literature of these two countries. Western viewers familiar with the forced relocation of ethnic populations are unlikely to have heard of Miroslav Mandic's peripatetic life-poetry. Yet Mandic's project, to measure with his footsteps the literal land of his own and adjacent countries, participates in the road narratives of the Beats in America (patterned on the self-imposed exile of Jack London early in this century) even as it emerges out of the distinctly East European tradition of "the pilgrim, the wayfarer," who reappears in Slavik literature under different names: Gorky's boysak in Russia, and the Czech "poutnik (pilgrim), chodec (pedestrian), tulak (vagabond), kracivec (walker), kolemjdouci (passerby) and svedek (witness)." Here is the figure described by Mario Ripellino in his great literary portrait of a city, Magic Prague: the lone thinking person in the heart of cosmopolitan Europe who, constrained within the walls of insuperable borders, "is compelled to live the life of a wanderer, often confined to a limited area, a narrow valley."

Lest so personal a resistance should remain isolated and ineffectual, Ripellino adds (perhaps thinking of the rise to power and unfulfilled promise of the absurdist playwright, Vaclav Havel) that it often happens in such stories, that the tulaks and poutniks "turn from passive observers and philosophers into sorcerers with pointed hats capable of making the evils of their country vanish into thin air."

The essays collected in this issue initiate a new series, internet nation, in which invited participants from what were once the nation states of Europe, Australia, and the Americas will engage in online debate, answering the question: what impact can the Internet, and its cultural practices, have in re-drawing (or dissolving) national borders? Contributors will not only map the new territories, but will follow the media vectors by which news of the territory reaches the mass of humanity. In so doing, we shall try not to lose sight of the personal vector, the single thinker who does not go along with the crowd, and who is capable of finding contemporary, global resonance in literary traditions that, by bringing the news of the world to the village, have always struck a balance between local values and cosmopolitan communications.

Tabbi, Joseph. “Internet Nation”, Electronic Book Review, January 1, 1999, .
Readers wishing to respond to an essay in ebr may send ripostes or short glosses to the journal’s Managing Editor, Will Luers.
PDF
This essay was peer-reviewed.

other essays by 222
Joe Tabbi 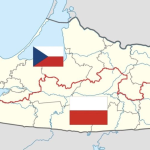