Talan Memmott describes The Brotherhood of Bent Billiard as "a narrative hack of Magritte's symbolic calculus"; it allows the reader to negotiate a number of clickable Magritte-inspired screens, which provide the reader a forum for thinking through the questions of representation immanent in the painter's work.

The Brotherhood of Bent Billiard is a hypermedia project concerned with the life and work of Surrealist painter Rene Magritte, dealing specifically with the many pipe paintings created during Magritte's lifetime. Inspiration for the project comes from an appreciation for Magritte's work, Michel Foucault's essay This Is not a Pipe, and Belgian poet-artist Marcel Broodthaers' response to Foucault's essay, titled This Is a Pipe. The term Brotherhood in the title is a play on Broodthaers' name, and a reference to the triangulation between Magritte, Foucault, and Broodthaers. Bent Billiard refers to the sort of pipe Magritte most often painted.

The project is not art history but hypermediated art historical fiction. A selection of twenty-nine Magritte paintings along with biographical information are re-collated and used as data for the re-authoring of Magritte, to form an alter(ed).na(rra)tive to/of Magritte's life and career. The magritte of The Brotherhood of Bent Billiard; this is not Magritte.

Figure 1 - Many of the links in the piece are hidden and must be discovered by the user. Clicks may reveal certain text or graphical elements, while simply moving the mouse over certain objects may reveal entirely different information. Sometimes, once information is revealed and screen changes have occurred, there is no going back. Although the links and triggers may be variable, this gives the impression of linear continuity.

The twenty-nine paintings addressed in the project are presented in near chronological order, each "Book" of the project representing essentially a decade. Navigation through the piece is essentially linear but is still diverse. Explicit and implicit contextual and environmental links that require an exploration of the interface are put to use, while subtle cursor movements may sometimes affect navigation choices, trigger animations, or alter texts.

Through various contextual 'tweens and shapeshifts, Book One of The Brotherhood of Bent Billiard traces the development of the pipe as emblem from its first abstract rendering in a little-known untitled painting of 1926 to perhaps Magritte's most recognizable work: The Treachery of Images (1929), the first of the famous ceci n'est pas une pipe paintings.

Figure 2 - Interaction with the two shadowy characters on this screen initiates textual commentary and variable audio dialog between the two characters. Moving the cursor over the punctuation in the voice bubble allows the user to remix musical fragments from various Brahms pieces.

As the users move from one to another transformation of the pipe emblem, they navigate through environments inspired and adapted from Magritte works not necessarily related to the pipe theme. It is interesting to note that no actual images of Magritte paintings are used in the project; rather, the paintings provide stimulus for the development of narrative and interface assets. Sometimes certain colors from a work may be leveraged for the project; sometimes the influence is more concrete.

Environments for Book I are adapted from Man with Newspaper (1927), The Threatened Assassin (1926), and The Lovers (1928). At the opening of Book I, the round shapes and tangerine color of the interface are abstracted from Man with Newspaper. While the connection between source and interface may not be immediately obvious in this example, a later section of Book I, The Threatened Assassin, provides a more developed, straightforward environment, as well as a fictional scenario for magritte and his cohorts to perform.

Figure 3 - Cursor interaction with the various subjects in this screen reveals definitions and descriptions that may or may not have direct referability to Magritte's Threatened Assassin, upon which the screen is based. The sort of ludic semiosis that occurs on this screen includes references to Duchamp, the Marx Brothers, Manet's Olympia, and William Burroughs's famous "William Tell" act that lead to the death of his wife, Joan Vollmer Adams.

The overall effect of The Brotherhood of Bent Billiard is something like a mystery or puzzle - built upon context and reference. Later Books in the project play with the idea of the pipe as trademark for Magritte - along with the bowler hat, the dove, and a few other key icons. As redundancies of concept and repetition of signs build up in Magritte's work over his lifetime, so do the complexities of his emblematic and allegorical syntax. The Brotherhood of Bent Billiard plays with these mysterious complexities, building upon them. To a certain extent the project is a narrative hack of Magritte's symbolic calculus.

Figure 4 - This screen combines three different Magritte works. The contexts of the original paintings are made mysterious by the morphing and repositioning of figures from one painting into the objects represented in another. As depicted here, the user may manipulate the pipe image, allowing it to oscillate between images of a pistol and a pipe, culminating in its transformation into the Nike Swoosh.

. “RE: Authoring Magritte: The Brotherhood of Bent Billiard”, Electronic Book Review, March 4, 2008, .
Readers wishing to respond to an essay in ebr may send ripostes or short glosses to the journal’s Managing Editor, Will Luers.
PDF

other essays by
Talan Memmott 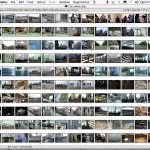 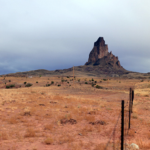