A lion, a flinch, and an extraterrestrial were in a lifeboat together and supplies were dwindling. Finally, the lion asked the extraterrestrial, "So what's the big deal about the Internet?" "Speed" said the flinch in a blink of a wince.

Is it possible to imagine an ethics of speed to contrast with the moral insistence on speed as success, efficiency, progress? That is, to interrogate speed not in terms of whether it is good or bad but by means of reciprocal values in which rate is one among many factors, gauged for its aesthetic articulation more than as an absolute measure of anything? In other words, to break the moral coding of speed in order to release its many valences for aesthetic experience and ethical consideration?

Speed is always, anyway, relative to background, context, observer, observed, expectation, desire, loss, habit; what Einstein called the Special Theory of Relativity, as in: the station moves along the tracks looking for the train.

An ethics of speed might begin by noting that human sexual response is often enhanced by prolongation, actively slowing down, what's the rush, it's not a race, it's not the goal but the getting there, getting by, the doing not the done, energia not kinesis, distraction not attention, digression not forward movement.

What Muriel Rukeyser calls "the speed of darkness" (70 beats per minute at rest, doubled in motion).

"Faster than a speeding bullet, more powerful than a locomotive," it's John Henry versus the steam shovel in three rounds at the Garden, with running commentary by Bob, or is it Ray?, Slow Talkers of America, or then again the tortoise beating the hare, Charlie Chaplin deranged by Taylorization, Marinetti writing odes to acceleration, Ozu head to head with Jacki Chan in Swift Justice: The Bonneville 500 Story, XT, AT, 286, 386, 486, Pentium 1, 2, you're out.

As if the choice were between the assembly line and the verse line.

When I was 12 years old I enrolled in a summer Evelyn Wood speed reading course, lured by the image of the man who read a dozen books a day, itself echoing that mad desire Thomas Wolfe writes of in Of Time and the River when as a student at Harvard he wanted to read all the books in Widener library. After getting a hang for the Evelyn Wood system, I was able to read Albert Camus's The Stranger in twenty-five minutes. "Mother died today. Or, maybe, yesterday; I can't be sure." I still remember the starting line, and it is the sort of blur Camus evokes here that is the sensation of this kind of speed reading. You might call it virtual reading. But the Wood people made a disclaimer that would be welcome in today's cultural speed-up: You can only read as fast as you think.

When I was in college we made the distinction between books we would like to read and books we would like to have read. Or then again there was the legendary story of the student who writes the best exam of his life on speed, the only problem being that he writes over and over on the same line of the page. SPEED KILLS, the poster said, but it also chills and chills out. Up to speed but off the wall.

Looking at something fast you get the advantage of an overview, you see patterns not discernible up close, but you may lose the detail. Can't see the thread only the weave. Is that a technical problem to be solved, an aesthetic problem to be explored, or an ethical problem to be acknowledged?

Efficiency without reason is desperation.

One wants - I want - to slow reading down and speed it up at the same time. That is, I want to have thick meaning and then accelerate it, as if the reader might download a zipped poem that proceeds to unpack itself in the mind, over time. By this method, one combines quick delivery - condensare - with "heavy reason." (Laura Riding, in "By a Crude Rotation": "To my lot fell /... A slow speed and a heavy reason, / ... And then content, the language of the mind / That knows no way to stop.")

Art is the ketchup that loses the race.

The political unconscious of postmodern speed is the transcendence of the body and of history, of the resistance in the materials, of the space between here and there, of the time it takes (that time takes as much as it gives); that is, of our animalady, the limits that we live inside of (as Charles Olson put it), our grounding in and as flesh.

(As if you could accelerate the pace of recovery without wounding healing.)

Which is to say that there is in our culture, an intense dissatisfaction with the pace of things, the planned obsolescence now known as obsessive-compulsive upgrade disorder (UCUD), with a culture driven by the values of efficiency, celebrity, market penetration, and disposability. In equal proportion to being beneficiaries of this culture, we feel betrayed by it and beholding to it (as the drug is the master of the addict). We have alternatives, but it is our habit to deride these because they offer resistance instead of assimilation, purposelessness instead of profit, blank spaces in place of demographic rationalization, reflection rather than production, inquiry in place of accumulated knowledge. The alternative is to acknowledge the value of stopping, of derailing, of getting off the machine, in which case we may find that we were not speeding at all, just spinning our wheels without traction. I know I am - and I want to do that some more.

If technology is the answer, what is the question?

Our halls of culture boast newly efficient systems designed to maximize the flow of people through spaces that tokenize the aesthetic experience into voiceover tours with take-home souvenirs, making a trip to some museums more like a walk in a mall than contemplating a bust of Homer. Instead of making ourselves tourists to our own culture, we might create ever more dwelling spaces in which to reflect on art, salons that stop the flow of traffic, that encourage the viewer to rest, to flounder, even to be confused - indeed to be consumed by the art rather than to consume its representations.

Much of the prized and popular writing of our time is written to increase the speed with which it can be read. Our colleges are charged with teaching students a kind of expository writing that emphasizes efficient expression and plainness and that demonizes complexity, ambiguity, contradiction, or anything else that might bog readers down in the writing. Such ideologically blindered writing is governed by the three Cs of Strunk and White Elements of Style fundamentalism: Clarity, Concision, Coherence. In this context, it is useful to note how close this ideology of writing is to the moral discourse of speed. Yet there is another kind of writing, a writing that slows you down, that makes space for the reader to think, to respond, to wander, to savor. That takes pleasure in complexity and finds complexity in pleasure, that isn't interested in producing a meaning for the reader to skim off the top but to provide a pool of thought - a sound - in which to swim.

How can we find ways to support that, to support a writing - and more generally noncommerical contemporary art - that does nothing concrete, that is noninstrumental, that raises questions more than providing answers. One way is as simple as could be: direct support for the production of works through those independent presses or writing centers or web sites, as well as noncommerical art spaces, that publish and present and distribute art. Without direct support for literary publishing, the small presses will not be able to survive in their present form - and the same could be said for the nonprofit sector of the other contemporary arts. And I am not talking about seed money, or money to build better bureaucratic and promotional structures, which are two favored ways to mime, while actually undermining, direct support for the production of literary works and works in other art media.

When the hare always wins, that's morality - speed as success - not ethics. And it sure isn't aesthetics either.

God speeds but she also breaks for humans.

. “Speed the Movie or Speed the Brand Name or Aren’t You the Kind that Tells: My Sentimental Journey through Future Shock and Present Static Electricity. Version 19.84”, Electronic Book Review, October 14, 2007, .
Readers wishing to respond to an essay in ebr may send ripostes or short glosses to the journal’s Managing Editor, Will Luers.
PDF

other essays by
Charles Bernstein 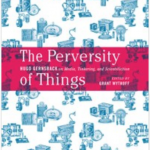 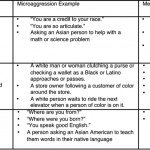