For Angela Szczepaniak, Canadian poet Stephen Cain visually distorts language by blurring the borders of poetic language and national identity, which are often assumed to be much more clear and distinct than they actually are.

Stephen Cain's American Standard/Canada Dry takes readers on an invigorating linguistic roadtrip, winding over the Canada/U. S. border. Along the way it explores and constructs a languagescape of national and literary identity, with illuminating pitstops at the politics, history, and popular culture that define (either allegedly or in reality) these countries. Considering Cain as a "post-L=A=N=G=U=A=G=E" poet, his work (here and elsewhere) develops the potential of a post-L=A=N=G=U=A=G=E poetics. For Cain, like several of his contemporaries, what comes after L=A=N=G=U=A=G=E is a re-envisioning of poetic language through the possibilities enabled by formal constraint: American Standard/Canada Dry engages with a variety of writing constraints, including virtual; physical (writing while driving, for example); and following and/or reinventing established poetic forms. These explorations of form yield provocative results, as far as they work to re-imagine language-oriented poetry since the 1980s.

American Standard/Canada Dry also represents a maturing of Cain's poetry from his previous two collections, dyslexicon and Torontology, and as such, is his most successful poetic venture to date. American Standard/Canada Dry develops many of the techniques and poetic impulses that Cain initiates in his earlier work. By comparison, the first two books often do not move beyond clever (albeit enjoyable) verbal jousting. From dyslexicon:

BASIC PLUG
Down 4 thinly washed waifs in 2 gulps of regret, stirring the
recollection with a wooden implement. In 20 rotations sprinkle 10 cc's
over the surface. Add 6 mercy fucks, garters & collisions. Boil, cover your
tracks for 10 metres. In a fireproof hotel room place 1/2 the bread on the
nightstand. Cover each piece with a piece. It will take a little more than
1/4 of an hour. The respiration will rise to the surface. Put the case in a
375 degree preheated monstrance for about 20 aclimatations. Shave off
all your baby hair. (Torontology 79).

Both of these poems are amusing, but their flippancy lacks the significant political and cultural critiques that crystallize through the more incisive wordplay in American Standard/Canada Dry.

American Standard/Canada Dry is divided into ten sections, each providing an analysis of the way we encounter language on a regular basis. In each section, Cain addresses diverse aspects of the use, effects, and influence of various levels of discourse (political, theoretical, philosophical, literary, vernacular, etc.). It is fitting that the middle section, a selection of concrete poems entitled "Borderblur," functions, literally, as a border between the American and Canadian interests of the poems on either side of it. The verbal-visual distortions with which these poems engage emphasize Cain's interest in blurring the linguistic borders of national identity, which are often assumed to be much more clear and distinct than they probably are in actuality.

Throughout the book, Cain examines these blurry distinctions with a rigorous interrogation of the particulars of Canadian and American politics, history, and popular culture. Most obvious is the unapologetic political critique offered in the first and last sections of the book, "American Standard" and "Canada Dry," which frame the collection with explicit criticism that is developed and refined through the interior sections.

"American Psycho," for instance, unflinchingly associates George W. Bush with the vileness of Bret Easton Ellis' novel, American Psycho, essentially equating Bush with Ellis' Patrick Bateman. At the same time, referencing American Psycho in this way recalls Ellis' critique of the American yuppie generation and Reaganite economics, boldly reinserting it into the present - a connection that offers an unsettling statement of current American politics and the cultural response that is, potentially, a side effect of this political atmosphere as Cain represents it.

Cain advances his cultural critique with "The Viagra Monologues," which is composed of phrases culled from hotmail spam. This section teases the lexical invasion to which we are continually subjected by advertising and other media - in this case, junk language found in junk mail that intrudes on our personal (and cyber) spaces. These poems address the levels of discourse to which we must constantly readjust, as they litter otherwise "meaningful" communication with slogans, buzzwords, and sound bites. In this way (both in this particular section, and throughout the book) Cain constructs an archaeological excavation from the rubble of our languagescape, obscuring the familiar distinctions of "meaningful" and "meaningless" statements - amid the wasteland of advertising jargon there are allusions to literature, philosophy, politics, and so on.

The adherence to formal constraint as a composition principle makes possible a playfulness and exuberance for words. "Stop & Go To Slow," for instance, was composed while driving, "[o]ne line written and collected in a notebook every time the car stopped" (American Standard/Canada Dry 115). This form establishes a literal mapping of Cain's cityscape through language, since it is drawn from his particular commute. It connects his thoughts and his physical movement in the city through a linguistic cartography, which suggests the ways in which daily life is composed and ordered by language. The exercises in formal constraint with which Cain engages can reflect how little space outside of language is available; the car in this poem, like email in "The Viagra Monologues," serve as interfaces through which one is confronted with excess language and signs that demand constant acknowledgment. Cain's reconfiguration of these interfaces, though, pries open the cracks through which navigation of these languagescapes is made possible.

One of the more noteworthy aspects of American Standard/Canada Dry is that Cain does not resort to pat binaries in his political satire. He rejects simple divisions that would equate Canada or the U.S. with either "good" or "bad" politics, instead striving toward a nuanced understanding and critique of both Canadian and American history and politics, edifying the troubling consequences of the past and present political actions of both nations. It is also impressive that he attempts a critique of Canadian history at all, given that many Canadians (not to mention non-Canadians) are not familiar enough with Canadian history to appreciate fully a satire of it. In the face of this challenge Cain's handling of "A History of Canada" is particularly adept, relying on the humour of parodying a history textbook, first to educate, then to mock that "education," undermining it by, for example, collapsing significant historical events and persons across time, so that Sir John A. Macdonald and Daniel Jones can end up drinking together at Sneaky Dee's (99).

Overall, American Standard/Canada Dry is an ambitious undertaking, and as such, it requires an equally ambitious reader. Part of the work - and pleasure - for readers is piloting Cain's poetic technique of hyper-referencing. Nearly every line of the text is saturated with connections to politics, history, literature, popular culture, and so on, eventually rendering readers sodden. Interestingly, this technique functions as a stabilizing element that connects the ten sections; it makes them work together as a unified book, rather than appearing to be a collection of discrete chapters (or chapbooks) that would function better independently.

More significant, though, is the dazzling effect that the saturation of references takes on, which is particularly appealing in "American Standard":

Every word trips into the next, each serving as a hinge between the others, constantly propelling readers forward and backward through each line, and from one line to the next. These poems move with remarkable energy and speed, shelling readers with verbiage that constantly takes them out of the text, but at the same time refuses to set them down anywhere stable for more than a breath between phrases. This torrent is, for the most part, exhilarating, as each word splinters off into hundreds of directions; its momentum creates a veritable "aerial avalanche" detonating at the initial word, then setting off countless sparks that emanate from it in a multi-directional flow to references outside the text that, ultimately, draws readers back into the poems. This constant movement is jarring and overwhelming, and, if readers are willing to surrender to it (because with its verve and urgency, readers really are at its mercy), it will be rewarding. Cain's diction is sharp and precise, which often triggers a series of rapid fire synapses, exploding as one passes phrases that are alternately familiar, unrecognizable at first glance, or entirely reconfigured to set off still more connections.

While the drive toward hyperactive allusion works well most of the time, it can also be frustrating; readers may, at times, find themselves wishing for hypertext links to keep up, which would inspire resistance toward the text with the onset of posterblindness. At points the poems feel like a disintegration into namedropping that does not lead anywhere, or into allusions that do not move beyond clever puns or jokes (for readers who are up on the references, that is):

It's a crisis in CanLit before it's even been christened and Peggy's just published Susie's journals while singing Gloria Gaynor's song. Last year was the year of the spider and the acid freaks are stoning gloves. (103).

As much as the humour is appreciated, and readers may like to pat themselves on the back for thinking of Margaret Atwood and Anansi Press, which is part of this web of referencing, on the whole lines like these end up having about as much impact as the lightning round of a geeky Can-Con quiz show. Similarly, in "PAC-MAN" lines like "And everybody eats everyone on this planet. Conspicuous / consumption" (30) are somewhat flat with didacticism; the point is well taken, but perhaps so well that it bears the dryness of preaching.

However, since there are relatively few lines as mired as those cited above, these are quibbles that should not undermine an otherwise insightful book. Although occasionally the relentless linguistic bombardment can overwhelm to the point of reader fatigue, hyper-referencing is, for the most part, a technique that works, and one that makes the book work. Cain's engagement with language is compelling for readers who are willing to let the text's current carry them, to discover some fascinating places along the way.

. “The Linguistic Cartography of Toilets and Ginger Ale”, Electronic Book Review, October 4, 2007, .
Readers wishing to respond to an essay in ebr may send ripostes or short glosses to the journal’s Managing Editor, Will Luers.
PDF 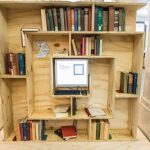 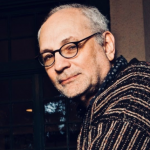 Pitching the Poem-essay: Subversive Argument in the Work of Charles Bernstein