To understand differences between Islamic and Western aesthetics, Nick Spencer argues, is not the way to understand the WTC attacks.

Among the many different discourses that have been used to understand 9/11, architectural history has not been the most prominent. One of the strengths of William Smith Wilson's "The End of Exemptions for Beauty" is its analysis of the meaning of the World Trade Center in relation to both this discourse and the aesthetic significance of Islamic art. As well as being an indispensable contribution to the study of 9/11, Wilson's essay demonstrates the difficulty of maintaining separation among discursive approaches and the tensions that exist among such different modes of analysis. In opposition to those, such as Justin Raimondo, who see the WTC as a "symbol of capitalism" (2), Wilson argues that the meaning of the buildings must be viewed in terms of the aesthetic practices of 1970s architecture. He goes on to claim that such practices are in conflict with the principles of Islamic art and proposes aesthetic difference as a means to understand the terrorist attacks. In other words, Wilson initially uncouples aesthetics and politics and then uses aesthetics to stand in for politics. It is a detailed, informative, and at times brilliant argument, but it also is informed by problematic issues in the relation of aesthetic to politics in postmodern culture.

Wilson's critique of the identification of the WTC as a symbol of capitalism raises the question of the site of textual meaning, a topic that has been central to much cultural criticism over recent decades. He is right to argue that for architects and planners the meaning of the WTC arises from within discourses of architecture and urbanism. Yet this argument does not preclude the fact that for millions of people around the world the towers have significance only as a mechanism for and thus a trope of free trade and international capitalism. It is possible that both these interpretations of the meaning of the building are valid, but Wilson seems to suggest that only his reading of the towers has such validity. Given Wilson's celebration of the multiple possibilities evoked by the architectural style of the buildings, such a singular perspective might seem perplexing. But Wilson's point is that the multiple possibilities of the WTC are definitively inscribed in its architectural features. In making this argument Wilson opens himself to charges that have been leveled against abstract American art since the end of World War II. Whereas the European avant-garde of, say, Dada and German Expressionism was committed to social critique, the American art of abstract expressionism and minimalism, so the argument goes, is devoid of social reference and thus perfectly complements the board rooms of financial corporations. Critics who make this argument suggest that the political quietism of abstract American art actually involves a tacit complicity with capitalist power. Wilson's essay appears to legitimize this critical position. For much of his essay, Wilson argues that unlike the closed systems of Islamic art, the World Trade Center exemplifies the open systems of secular American art. It is this sense of openness that engenders the multiple possibilities associated with the WTC. Wilson's celebration of this open system relies on a departure from an economic opposition to the towers, but on several occasions he alludes to an economic defense of their properties of openness. He speaks of how the users of the towers respond to "a summons toward actions that would increase possibilities" and consequently undertake "rational but inspired commercial activities" (9). At such moments, Wilson suggests that the meaning of the WTC is ultimately located in the capitalist practices for which it was built. It is, then, a symbol of capitalism, but a good symbol of a good capitalism. Wilson believes that American society is based on "Becoming" and secular flexibility and that Islamic society is predicated on "Being" and fundamentalist rigidity (12). However, it is possible to view the faith in capitalism to which Wilson refers as a form of fundamentalist Being that is no less intolerant than the Islamic extremism that he describes. Viewed in these terms, the credibility of Wilson's opposition between Islamic and American society collapses. The World Trade Center may represent diverse possibilities, but these are possibilities that are restricted to the fundamentalism of liberal capitalism.

Despite its problematic nature, Wilson's argument is an instructive contribution to any assessment of the politics of postmodernism. Built at the height of American postmodernism in the early 1970s, the World Trade Center, like much architecture, presents the issue of postmodernism's radicalism in a particularly stark fashion. Since the 1960s, many of the most avant-garde cultural practices have been associated with architecture, and in many cases these practices have sought to synthesize artistic and political radicalism. Archigram, COBRA, the situationists, Rem Koolhaas, and Peter Eisenmann are just some of the movements and individuals that could arguably be included in such a definition of the avant-garde. Yet at the same time, architecture, more so than perhaps any other cultural form, is reliant upon substantial finance for the realization of its projects. As a result, there is often a tension between the political aesthetics and economic production of architecture that in some cases amounts to contradiction. The WTC that Wilson describes appears to illustrate such a contradiction. Wilson claims that the openness of the building is consistent with the spirit of Paris, 1968 and the radical movements of that era. Within his own terms of reference, Wilson is absolutely right to make such an assertion. The aesthetics of what he terms Operational Minimalism are indeed an expression of the postmodern critique of dominant power that reached its height at the time of the towers' construction. But it is also true that the WTC epitomizes the recuperation of the radical energy of postmodernism into a cultural form that advances the interests that were opposed by the movements that Wilson cites. One could argue that the same problematic informs fiction, art, film, popular music, and all other categories of postmodern culture. However, in many other postmodern texts there is at least some overt critique of American capital. Along with its corporate function, the abstractness of the World Trade Center suggests that it deserves to be recognized as an unqualified expression of recuperated postmodernism. It would be wrong to argue that the postmodern aesthetics of the World Trade Center are necessarily complicit with capitalist power, but it is difficult to accept that the WTC exemplifies the political radicalism of postmodern culture.

. “The Politics of Postmodern Architecture”, Electronic Book Review, January 26, 2003, .
Readers wishing to respond to an essay in ebr may send ripostes or short glosses to the journal’s Managing Editor, Will Luers.
PDF

other essays by 222
Nick Spencer 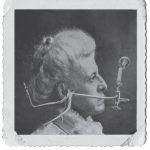 Room for So Much World: A Conversation with Shelley Jackson