by Karim A. Remtulla

Karim A. Remtulla asks to what degree postfeminism is identical with hactivism?

This piece is intended as a further discussion of Carolyn Guertin's "From Cyborgs to Hacktivists: Postfeminist Disobedience and Virtual Communities" (2005). Guertin contends that, "In the cyberfeminist corner of the postfeminist universe girl gamers like Brenda Laurel and Mary Flanagan immediately spring to mind; so too do techno-performers like Laurie Anderson and Coco Fusco, and new media artists like Mez or Olia Lialina, but the most important and distinctive Web-native postfeminist form is, I would argue, hacktivism." This statement, for me, warrants some further exploration.

Firstly, Guertin does present a cogent argument on the validity of cyberfeminism as one facet of postfeminism by presenting several cyberfeminist collectives, including Critical Art Ensemble, Old Boy's Network, subRosa, jodi.org, and VNS Matrix. "Postfeminisms," according to Guertin, "do not inhabit a network; they are the network of feminist discourse in virtual space and they are at their best when they are helping to forge communities of practice," further clarifying that, "They cannot be separated from the communities and material praxes that they both engender and nurture on and off the Web."

Then Guertin establishes, quite reliably, the importance of hacktivism within the broader discourse of postfeminism by presenting a number of examples of the hacktivisms of these same cyberfeminist collectives, characterizing their hacktivisms as, "a new hybrid form ... of peaceful social protest - activist - and tech-savvy online civil disobedience"; "political protest as an aesthetic act"; the championing of "human rights through the electronic media" that is "actualized through thousands and thousands of participants." "One of its trademark features," Guertin asserts, "is that the Web cannot contain hacktivism's flows, allowing it to spill out into the world in the form of political protest at WTO and G8 events, for example, and in books, pamphlets, net.art and performance art." However, cannot the same be said also to describe the hacktivisms of most non-cyberfeminist non-collectives?

In this way, Guertin's statement contains one generalization: "All hacktivisms carried out by cyberfeminist collectives represent a de facto contribution to the discourse of postfeminism." I do not necessarily take issue with this generalization, but wish to `experiment' with it somewhat. For me, the question is: "Are there any additional, unique identifiers that differentiate cyberfeminist hacktivisms that do contribute to the discourse of postfeminism, online or offline, from those that do not? If not, then isn't it all just `hacktivism'?" The issue, then, revolves around `distinction.'

Yaszek (2005) posits an interesting variation between that which contributes to the discourse on postfeminism, online or offline, and that which does not, by understanding such actions as "a variety of attempts to identify and critique certain problematic assumptions in feminism ... characterized by a sustained interest in reassessing feminism through the critical lens of poststructuralist and postmodern thinking." I take this to mean that the implementation of the hacktivism, that is `how' the hacktivism is carried out, is what is more important than whether I belong to a cyberfeminist collective or not, and furthermore, must be demonstrative in someway of the `critical lens of poststructuralist and postmodern thinking', whether in reference to the discourse on feminism, or society as a whole. Two central premises, however, must still hold true: cyberfeminists are not anti-technology nor are they anti-feminist (Guertin).

Instead of critiquing technology from a feminist position miraculously `outside' the (post)modern world ... feminists might admit our complicity with the current world systems - including of course the communications technologies that enabled feminism to become a global movement - and begin taking care and responsibility for the way we design and use technologies. (89)

The approach of these cyberfeminist collectives to their hacktivisms is also postmodern in that it is decidedly contextual - `tactical' not `meta' - local, short term, limited in scope and duration, and partially `on the ground.' Their approach is concurrently virtual, connective, collaborative, and embodied, and in this way, these collectives do express some affinity to embodied notions propounded by second-wave feminists. As Guertin contends, they "include a multitude of situated perspectives within the context of postmodern thinking"; "a new interest in culture that in turn gave rise to a whole new collectivity of subjectivities." As an example, subRosa's participatory theatre model uses a range of media to reach a variety of audiences, and is intensely situational in that it places the participant/audience directly "into a position of having to make an ethical choice that reveals the social nature of the decision, where normally the social nature is hidden in terms of individual privatized `choice.'"

These cyberfeminist collectives are also poststructuralist in their approach to their hacktivisms through their effective use of metaphors as tools of irony to `deconstruct' unquestioned hegemonies, whether within the discourse of feminism or in society as a whole. Art and activism go hand in hand, as Guertin highlights through noting VNS Matrix's depiction of the `cosmic womb' as a `matrix,' Critical Art Ensembles' performance of hacktivism through `electronic disturbance theatre,' Old Boy's Network's transmuting `nodes,' jodi.org's aestheticization of coding, and subRosa's reification of techno-abstraction in the guise of the visceral `flesh machine.'

My purpose here is not to dispute Guertin, but to shed light on her thinking, largely I suppose, for my own edification. As a male, visible-minority hacktivist, my response arose from a simple and innocent question: "What makes cyberfeminist hacktivism that contributes to the discourse on postfeminism so different from hacktivism in general?" Though I do not formally belong to any cyberfeminist collective, cannot I still contribute to the discourse on postfeminism through the `performance' of my hactivisms as one more transmutable `node' within a greater `matrix' against the voracious appetite of the ravenous `flesh machine'?

Yaszek, Lisa. "I'll be a postfeminist in a postpatriarchy, or, Can We Really Imagine Life after Feminism?" electronic book review. Retrieved February 28, 2005.

. “Then isn’t it all just ‘hacktivism’?”, Electronic Book Review, March 17, 2006, .
Readers wishing to respond to an essay in ebr may send ripostes or short glosses to the journal’s Managing Editor, Will Luers.
PDF 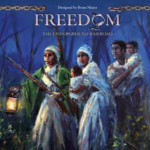 the glory of the liberal white teacher woman

Finding the Human in “the messy, contingent, emergent mix of the material world”: Embodiment, Place, and Materiality in Stacy Alaimo’s Bodily Natures