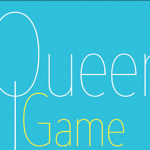 Addressing a lacuna in games studies, Jason Lajoie makes a case for why a queer games studies is needed, and he shows how these two areas of study are united in Bonnie Ruberg's and Adrienne Shaw's collection.

This decade has witnessed an increased focus on representing, discussing and experiencing difference in video games. Queer Game Studies, the first games studies volume to focus exclusively on LGBTQ issues, offers a broad, often interconnected queer critique of games and games studies. The contributions situate themselves against an increasingly vociferous opposition in some gaming communities that threatens to foreclose discussion and dissuade difference. The volume is also an important intervention in games studies. Especially so, when one considers that LGBTQ studies in game cultures have often been excluded in academic discourse. Even The Routledge Companion to Video Games Studies (2014), which boldly proclaims on the back cover to “provid[e] students, scholars, and game designers with a definitive look at contemporary video game studies” (emphasis mine) includes neither a reference to sexuality or queerness; the very words queer, homosexual and trans don’t even appear in the book, while lesbian is mentioned once in that 544 page volume. My intent is not to chastise, nor to quibble with an ill-phrased marketing blurb, especially since the book is indeed comprehensive in many other respects, and a worthy addition to games studies scholarship. The entries on “Femininity” and “Masculinity” are useful inroads to this discussion, for example. The omissions are nonetheless startling given the rich profusion of queer game scholarship, and makes Queer Game Studies all the more needed. The numerous perspectives within this collection each dare a radical rethinking of games and play, particularly in domains where such an approach is characterized as an intrusion, feared as an encroachment, and articulated as an attack on the assiduously protected play domains by those seeking to categorize who is truly a gamer, and what truly constitutes a game. In other words, queer is here in games studies.

With almost thirty contributions, this collection affirms the diverse presence of scholars invested in the articulating a queer game studies. They contribute to a diversity of methods and critiques on subjects ranging from close reading, game design and cultural studies. The book's scope is wide, but mostly avoids sweeping generalizations of the various fields.

The first section places queer game studies in a larger social and cultural context and suggests that queerness in games studies arrives while queer perspectives are on the rise in digital humanities scholarship. Edmond Chang, for instance, who operates within both domains, introduced the term to Digital Pedagogy in the Humanities: Concepts, Models, and Experiments, and whose work in this volume offers a model for countering hegemonic practices through play - "queergaming". Adapting and extending Alexander Galloway's countergaming theory, Chang's contribution inadvertently maps the larger theoretical framework of the book's structure. Arguing for a mode of interaction that goes beyond the superficial content of games and towards queerer design, play, and remediation, Chang aligns these queer orientations towards a future-oriented perspective, a "queergamification" that beckons a reconceptualization of games, their worlds and play within them.

The book abounds in such lability of terms. Aubrey Gabel’s essay serves as a consciousness-raising consideration of ‘literary ludics’. In seeking to pinpoint a definition of ‘queer’, Gabel expands the meaning of ‘foreplay’ to include play as both expressive attitude and aesthetic sensibility rooted in the experimental; the literary ludics she proposes are both ‘for play’ and ‘foreplay’ - a playful contiguity I wish Gabel would further unpack. Larissa Hjorth and Kim D'Amazing use interviews with five queer-identifying participants to explore the ways image taking and sharing functions as a form of identity play. Continuing their research of mobile media practices, the authors note that "While participants enjoyed judging others for being inauthentic, they often saw their own presentations of self in visual and textual forms as just a projection of an ideal, quantified self" (90). Since this is only the preliminary to a larger longitudinal study over the course of three years, I am interested to learn how their participants negotiate between online identities and offline presences; their current study suggests ambient play has profound implications for the persistence of a coherent identity across these performative sites.

Such questions of persistence through ambient play are explored in Jordan Youngblood's essay. Youngblood's contribution to Rated M for Mature offered an unparalleled queer reading of ludic architecture and narrative in the puzzle game Catherine, which became a surprise highlight of the collection for me. Here, Youngblood considers the metatextual references in Konami's Metal Gear Solid 2, and what they might mean for the successful play of masculinity within an action game. This analysis of productive failure aligns with one of the central concerns of the book: articulating a (queer) art of failure in games. Likewise, Jack Halberstam and Jesper Juul's transcript regarding the queer art of failure offers an invaluable dialogue that articulates correspondences between their theories (about the queer art of failure and the art of failure in videogames, respectively) within and beyond games, and channels these similar theories towards questions of non-normative pleasure, play and design. Throughout this section, the dialectics of failure and success, losing and winning, loss and gain are reframed as pedagogical imperatives.

The content of the book is itself playful contradiction: extensive yet comprehensive, robust yet occasionally sweeping. The scope surveys numerous theoretical, historical and cultural topics in queer studies and games studies. Perhaps too numerous. Most entries range from eight to ten pages, when their topics could easily sustain their own volumes. Theoretical depth is given over to breadth, with comprehensive sources for further reading in each essay. The introduction even pushes against the definitiveness alleged by the book's very title, noting that "the goal of this volume is not to dictate what counts as queer game studies" (xiii). The editors themselves explain the function of the book especially well in the introduction: "Instead of an anthology that offers the definitive word on queer game studies...we view this book as capturing a transitional moment" (xix). If nothing else, the board is now set for any number of intriguing scholarly moves.

What is queer game studies?

The diversity of perspectives are nonetheless connected by several overarching scholarly concerns, namely, making the case for why a queer game studies is needed. These perspectives are helpfully framed by Ruberg and Shaw's comprehensive introduction, which bears inclusion in any queer studies, games studies or even cultural studies class. The authors establish the significant academic contributions to the study of queerness in games, in tandem with broader queer developments in the industry and the emergence of distinct queer game cultures. Tracing the developments of queer theory and games studies, and stressing their points of intersection, their introduction expands queer game studies beyond investigations into explicit LGBTQ content in games.

Queer Game Studies makes its case by sheer accretion of ideas. Cumulatively, the contributions suggest the liberatory possibilities of design, play and interpretation that queer game studies affords. As the editors make clear in their introduction, queer game studies is not about imposing monolithic readings and codifying discourse. It is instead a fluid and adaptive process that destabilizes boundaries. In terms of interpretation, "[q]ueer game studies opens up possibilities for queer game play that is not about finding the 'real' meaning of a game text, but playing between the lines with queer reading tactics" (x). Queer thinking offers a framework from which to explore infrastructures of meaning and to envision, theorize and embody alternatives.

The collection largely sidesteps contemporary controversies in games scholarship and game communities, though some tackle issues such as the toxic furor that games like Gone Home and queer inclusions in the Mass Effect series have received (Katherine Cross, Todd Harper, Merrit Kopas). Katherine Cross's analysis suggests nostalgia is a contributing factor to gamers' vitriolic reactions to changes in game culture. Robert Yang explores the misogyny underpinning the development of Deep Silver’s 2011 open-world zombie game Dead Island, extrapolating from the persistence of the FeministWhorePurna script line in Dead Island to suggest a larger systemic problem. Yang considers the technical complexity of the game’s programming and development to dismiss the official story released by developer Techland in response to the scandal, arguing that the offensive script name could not have been so secret as alleged. Rather, Yang reads the script’s troubling presence as “symptom of institutional misogyny that allowed such behavior to go unchecked before the game’s release” (107). In a manner that recalls MIT’s Platform Studies series, Yang’s work suggests the multiple levels of reading games offer beyond the representational, whereby the very code files of the game itself can reward investigating.

That said, this book does not set out to offer a sustained scholarly approach to dismantle systemic homophobia and LGBTQ exclusion, particularly in games studies, will need to look elsewhere. When such critiques are deployed, they typically focus at the level of the symbolic content in games and even their hardware. In such instances, the brevity becomes problematic, particularly for topics like the materiality of gaming hardware, which would require and reward deeper scrutiny into history and aesthetic design. Taking a few more methodological cues from MIT’s aforementioned Platform Studies series might add substantive evidence to these critiques.

Far more successful in this regard is Amanda Phillips' close reading of the gamic and scopic mechanics of Platinum Games' Bayonetta. Phillips reads the myriad ways players are inculcated into the transgressive logic of control and engagement as productive resistance to constructions of heteronormative bodies (forms of masculine-centric pleasure). Viewpoints from film and games studies are combined to consider the power that hyper-sexualization and fetishism can wield when the literal and metaphoric control of the gaze is queered.

What could queer game studies be?

Because of the perspectives it collects, and the theoretical lens it seeks to inaugurate, Queer Game Studies is a volume I wish had existed when I started my dissertation. I eagerly anticipate the permutations of queer game studies this scholarship will afford. Queer Game Studies is invaluable as a launching point that inspires countless directions, and suggests a profound measure of queer game scholarship in progress, particularly for topics like the materiality of gaming hardware. It already appears to have a fairly dedicated readership. At this summer’s Canadian Games Studies Association Conference, held at Congress of the Humanities & Social Sciences in Toronto, Ontario, the distinctive turquoise cover was a common sight, with various attendees taking the book from panel to panel. It is also a valuable reference point for anyone interested in exploring visual culture, game communities and non-normative gameplay, with comprehensive sources in each essay. It makes for a delicious pairing with Matthew Wysocki and Evan Lauteria's Rated M for Mature anthology. Similarly, Shaw's Gaming at the Edge offers an important contribution to considerations of LGBTQ representation in games. Bonnie Ruberg's dissertation about virtual pain and embodiment in media will hopefully be appearing in print soon, while her website offers a comprehensive list of previous scholarship on LGBTQ content in games. If nothing else, the list should be required reading for any games studies program. Alongside Katie Whitlock, Gerald Voorhees and Joshua Call's continuing series of games scholarship, Approaches to Digital Game Studies, this newly emerging corpus points to a promising cultural maturation of the interdisciplinary field of game studies.

Shaw, Adrienne. Gaming at the Edge: Sexuality and Gender at the Margins of Gamer Culture. Univ Of Minnesota Press, 2015.

Lajoie, Jason. “What is Queer Game Studies?”, Electronic Book Review, March 24, 2018, https://doi.org/10.7273/zsfx-m331.
Readers wishing to respond to an essay in ebr may send ripostes or short glosses to the journal’s Managing Editor, Will Luers.
PDF
This essay was peer-reviewed.

other essays by 222
Jason Lajoie 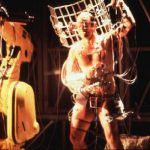 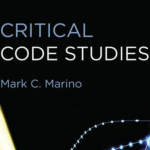