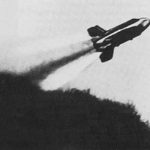 Epic at the End of Empire

Late Light in the House of Sounds: Joseph McElroy’s Night Soul and Other Stories