other essays by 222
Davin Heckman

other essays by 222
Serge Bouchardon

Digital Narrative and Experience of Time

Being Inside the Sentence 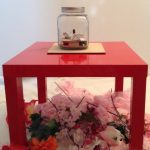