If I were to choose among the theoretical alternatives R M Berry sets out in response to my review, I'd go with Wittgenstein: in a culture that insists on endless accumulation and perpetual change, there's solace in Wittgenstein's insistence that "philosophy leaves everything as it is." I can appreciate, also, the appearance right now of so many novelists who want to rewrite, or "unwrite," classic fictions, to escape the past by repeating it (or, really, by acknowledging it completely, letting it have its way). Wittgenstein is important to Berry's project because the philosopher, not aspiring to add something new to the store of knowledge, instead reorganizes knowledge and (like a novelist) makes the familiar world seem strange, "untamed," less literate and in a way more literal. That's a stringent ground for a literary practice, perhaps a rougher foundation than most novel readers want, but more satisfying than the claims I keep hearing from small and alternative presses that literary authors and "outsider" artists are somehow politically subversive, that they possess some special knowledge or unique "voice" other than the voices that reach every one of us every day via multiple media. The only special knowledge a literary author can have is knowledge of literature, and so I accept Berry's characterization of a circularity in my argument--that novelists do well by attending to the lived reality that their own activity is. And critics, too.

Reflexivity in literature, though, does not mean a separation from the social or political world, and solidarity, though desirable, does not need to be the solidarity of mass culture. Group identity doesn't have to promote group-think along racial, gendered, or nationalist lines, not when the identity that writers do share, generally, comes in the first place from membership in (or aspiration to) the professional classes that maintain the current world-system. Wallerstein, no less than Wittgenstein, should be required reading in literary seminars and writing workshops because the loss of an "outside" and the appearance of new constraints on creativity are not exclusively philosophical propositions. (See Immanuel Wallerstein, World-Systems Analysis: An Introduction [2004].) Rather, the discovery of a "surprising," "untamed," literal, and worldly presence is happening everywhere, equally among scientists, artists, novelists, military strategists, and politicians. In various ways, commentators in each field have been arriving at a common realization that the material world is itself more creative and communicative than we might have thought.

As a critic, I'm not trying to legitimate some knowledge of my own apart from the works I'm writing about. Rather, my purpose is to discern a commonality and a sense of direction in a number of contemporary currents of thought. I'm not very interested in narratives, fictive or otherwise, that proclaim their political resistance or outcast status, not when there are so many material transformations going on in so many different fields, from the cognitive and ecological sciences to the integration of literary arts in electronic environments. If group solidarity is what's desired, why not seek out those places where literary reflexivity and the transformation of the written word find common cause with other, material transformations in the broader world-system?

If a culture starts to feel like a "delimited space," any word from "outside," however surprising, or however well narrated, is still "news" and the literary text offering novelty and subversion will quickly blend in with all the other texts and contexts in various media, demanding attention. But connectivity itself, communication, and the invention of a common identity through narration--these are areas where (as Berry points out) literature has traditionally found its strengths. The loss of an "outside" is happening generally, as cultures worldwide move toward ever more connectivity and one culture in particular, that of technological performativity and capital accumulation, establishes dominance everywhere. Call this culture "American," if you wish: obviously there are countries that perform better than the US and markets that accumulate more currency (measured in dollars) than what is generated by any national economy. Call the arts supported by this culture "avant-garde." Whatever you call it, the avant-garde in America can only reflect the dominant culture if writers and publishers continue to legitimate themselves through appeals to the necessity of endless literary innovation.

"World-Systems analysts argue that all forms of knowledge activity necessarily involve grand narratives." That doesn't mean that the grand narrative of the present will look like Frankenstein, but then neither really does the novel, Frank, despite R M Berry's joyful and perverse adherence to the social norms and conceptual constraints reflected in Mary Shelly's style. Berry's work involves itself, literally, in the grand narrative of overreaching innovation, not resisting but rather turning this narrative against itself. Involvement means involution, and this, rather than outright resistance, could be a more effective way, morally and intellectually, of bringing about changes consistent with our culture's better possibilities. The world-system has lasted, more or less, for five hundred years. It won't last forever. And there's no reason to perpetuate a modernist compulsion to innovate, endlessly and mindlessly. Whatever Berry or his FC2 colleagues imagine a "literally untamed America" to be, Frank is at least mindful of what's going on here now.

Tabbi, Joseph. “And Furthermore…”, Electronic Book Review, August 20, 2006, .
Readers wishing to respond to an essay in ebr may send ripostes or short glosses to the journal’s Managing Editor, Will Luers.
PDF
This essay was peer-reviewed.

What Remains in Liam’s Going 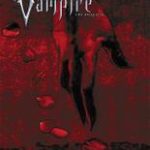