Although a hard-copy book and a hypertext essay hardly present us with apples and oranges, this particular pair troubles the work of comparison. This trouble is not simply a matter of form. Content-wise as well, Arkady Plotnitsky's interdisciplinary exploration of poststructural metaphysics (or "meta-physics") and David Kolb's meditation on the textuality of philosophy relate to each other in a fashion at once too intimate and divergent. Like Blake's Clod and Pebble from the Songs of Experience, they are contraries, or, to pick up the theme, "complementary." As Blake would insist, though, it is through such contraries that progress happens.

Plotnitsky's tremendously cerebral discussion of the poststructural resonance between quantum physics and deconstruction requires investment in a very unfriendly text, but pays off by the depth of its engagement. No mere review of paradoxical leitmotifs, Complementarity succeeds, although less directly than one might hope, in fleshing out that spooky sense of dislocation that is indeed the consequence of both the "hardest" science and the "highest" theory in the twentieth century - consequences too often approached as intellectual games. In the manner of George Bataille, who along with Derrida is the principal representative of philosophical "anti-epistemology," Plotnitsky supports a sensibility that disrupts the foundation of all we take for granted - consciousness, identity, and knowledge - not only intellectually but experientially. Proofs and experiments can pose the antifoundational problematic, but they cannot generate the experience of antifoundationalism. French phenomenology, on the other hand, motivates a more corporeal sensibility; it sketches a kind of darting motion, a quick trick of the eye through which we can fake out phenomena and attain a noumenal shattering of all restrictions, all that makes sense - or to employ the economic metaphor that runs through Bataille and Derrida, and is taken up by Plotnitsky - makes cents, pays off, brings cognitive returns.

Yet this is a contained explosion. The context of quantum physics makes clear that border phenomena still service a rigor - if an uncanny one. Bataille and Derrida, in turn, do not foment a nihilistic chaos where anything goes any more than science does. Plotnitsky thoroughly explores the connection of Derrida and Bataille to Gödel and Heisenberg, both of whom highlight the structural vagueness limiting the knowable. There are limits - logically unsurpassable - to what we can ascertain about objects. More finely-calibrated instruments will not grant the capacity to measure the simultaneous magnitude and position of a photon, nor allow us to conclude whether this subatomic entity is a wave or a particle. Quantum physics' undecidability highlights characteristics of Derrida's "trace" - "neither a word nor a concept" - and the notion of "differance," the simultaneous difference and deferral that describes the movement of words, signs - of traces, the tracks that constitute "clues" to "existences" whose appearance is simply the appearance of another trace, always pointing beyond itself. No better, more precise, more perfect language can improve the situation and finally render presence present. Plotnitsky's interdisciplinarity underscores the fact that Derrida's concerns are not merely textual matters, but so deeply embedded in something-or-other that the vastly different methods of physics and philosophy both tease them out.

Plotnitsky is less satisfactory on another crucial issue in quantum physics, however, a second spookier consequence of complementarity, a consequence that "complements" Heisenbergian-Gödelian undecidability and vagueness: the sense that the world is too complete; it contains Doppelgängers. One photon (or split photon) occupies two places at once; propositions and their contraries are both true. This is not vagueness, but its complement, duality, even multiplicity. While Plotnitsky chooses Niels Bohr as his principal exponent of quantum theory on the grounds that Bohr's views reach decisively beyond vagueness and undecidability, the features of this "beyond" remain too vague. Others in quantum theory have been less reluctant. Contemporary physicist John Wheeler developed the Doppelgänger implication to the point of describing reality as consisting of many worlds, many realities; our sense of the uniqueness of world and the unity of consciousness is an illusion; we inhabit perhaps infinitely many worlds. Plotnitsky dismisses this consequence without discussion. It is, obviously, more counterintuitive than vagueness, but it is just as ineluctable.

Hypertext, at least on an impressionistic level, has the potential to foreground elements of experience that classical physics, epistemology, and maybe even the technology of the "book" erase from the scene. Hypertext is not only the form, but the subject of Kolb's Socrates in the Labyrinth; the essay explores what the form has to offer philosophical exposition. His focus, therefore, is the nonlinearity of hypertext vis a vis the now-notorious linearity of modern philosophical argumentation. Kolb's position is reasoned and moderate. He points out what is too often overlooked in enthusiastic discussions of electronic media: there are many kinds of nonlinearity, and not all are assisted by hypertext. Hypertext is not suitable for the organic nonlinearity of Hegelian dialectic, for example. Kolb is less clear, however, on poststructural nonlinearity, and tends to mix this discussion with the more obvious rhetorical observation that argument is not all there is to philosophical exposition. Kolb stresses hypertext's capacity to highlight the fact that argument "is surrounded by a fluid discourse in which there are no fixed primacies and no firm meta-levels because it is in that discourse that such dependencies get established. The fluid discourse gives argument its bearings." Although Kolb acknowledges that context - this "surrounding discourse" - and argument would be an eminently deconstructable binary, he develops the point by indirection rather than explanation: by form.

That is not necessarily a shortcoming. As a reviewer of hypertext, I find myself up against one of hypertext's chief features: its resistance to summary (auto-incommensurability). Did I "read" the whole hypertext? I don't know. Socrates in the Labyrinth is a complex "document" with hundreds of lexias, or reading blocks. Kolb has designed the lexia links in a variety of ways that constrain reader agency to varying degrees by embedding conditions in the choice of reader path. Since Socrates is a hypertext about hypertext, the kind of links between lexias often work reflexively, highlighting the user's expectations and reasoning processes as she moves through the labyrinth.

As a new user of hypertext, I got a holistic feel for this form of information packaging that might have been more elusive with more experience with HTML, the utility for hypertext creation. Finding out what an author writes in hypertext is like investigating the order and completeness of a deck of cards by a game of solitaire. The combination of game rules and card order parallels the varying conditionality of lexia linkage. And it is chiefly in this formal issue that hypertext becomes relevant to Plotnitsky's "anti-epistemology." Plotnitsky's exposition is not particularly linear on any level - either in terms of chapter order or the logic of exposition within chapters, and this, I think, with good reason: such a form reinforces the nonlinear experience of complementarity. Plotnitsky proposes that complementarity links the object and measuring devices in quantum physics, in turn linking quantum physics to the French poststructuralist complementarity of text and writing; following up Kolb, I would link both forms of complementarity with hypertext. In hypertext, incompleteness stalks its reader. Completeness, in fact, loses its usual correspondence to some definable totality; the concept becomes vague. Each hypertext reading differs at the very least by the choice of lexia order. And it is of course problematic to propose that two differently-ordered readings of all the lexias of a given hypertext are both "complete." But the situation is even more complex than this; as with a game of solitaire, a hypertext reading can end in a dead end - in a pair of lexias that loop into each other with no exit options.

We come up against a kind of problem of the relative magnitude of transfinites, insofar as there is a kind of infinitude to all texts. Georg Cantor demonstrated that there are infinitely many orders of infinity by a diagonal proof that in turn became the technique used by Gödel in the demonstration of his famous Theorem. Mentioned in Kolb as well as Plotnitsky, Gödel's undecidability implies that all systems have border problems; containment and purity cannot be obtained simultaneously. Experiencing this Gödel state in perusing hypertext, the user realizes that the linear version of text - Socrates in the Labyrinth appears as a hard-copy linear essay form in George Landow's Hyper/Text/Theory collection - cannot save us from the whole-and-part problems made thematic in a hypertext. The boundaries of a text, as Derrida famously asserted, remain indeterminable, there is no "outside the text." The complementarities of inside and outside, like the quantum physics complementarities of wave and particle, location and momentum, remain mutually elusive.

But hypertext would offer more potential for exploring the second consequence of quantum: the Dopplegänger effect. In hypertext, duality dogs the user at every move; it hounds all the imaginary paths not chosen; like Ts'ui Pen's masterpiece in the Borges story, hypertext makes the existence of a garden of forking paths painfully tangible. Hypertexts like Kolb's allow a sense of the ghostly Other like the ghost particle(s) in physics' split beam experiments, particle(s) whose "path" depends on the choice of experimental apparatus - the choice of text, of traces, of traces of traces.

Would a work like Plotnitsky's benefit from hypertext form? It warrants experiment. Hypertext would certainly enhance such a text by providing non-disruptive links to definitions, summaries, explanations, and sources that are all too lacking in Complementarity. As it stands, the book is inaccessible to those who haven't yet digested Derrida and Bataille. As for Kolb, his text is fun to play with, a good introduction to the formal issues of hypertext. Its own hypertext form is also considerably more entertaining than its linear form in Landow's collection: surely a kind of acid test. But one hopes this introduction will lead to more ambitious ventures on the order of Plotnitsky.

. “Cyberinthian Ways”, Electronic Book Review, December 30, 1995, .
Readers wishing to respond to an essay in ebr may send ripostes or short glosses to the journal’s Managing Editor, Will Luers.
PDF 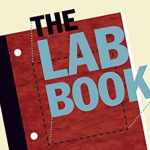