Luc Herman reviews the collection, Cyberspace Textuality by Marie-Laure Ryan, and warns against the creation of a false dichotomy between the digital and traditional print text.

The subtitle of this new and useful reader is slightly misleading. Instead of dealing with "literary theory" in its restricted sense - a collection of structured statements about the widely diverging products held together as "literature" by academics, publishing houses, bookshops and readers - Cyberspace Textuality intends to "explore the concepts of text and" (this is where the subtitle definitely starts to fail the book) "the forms of textuality currently emerging from the creative chaos of electronic technologies" (1). Computer technology develops so quickly that mere descriptions of the new texts it engenders often take precedence over a balanced discussion of their importance for criticism at large. And even if some of the technology has by now become commonplace, quite a few contributors still suffer from the unqualified "promotional" (16) optimism which characterized the work of such early critics as George Landow and Jay David Bolter.

Barbara Page's article on feminist hypertext fiction offers a strong example of these two unfortunate tendencies. Placing writers such as Carolyn Guyer and Judy Malloy at the end of a line which runs back to Gertrude Stein, Dorothy Richardson, and Virginia Woolf, Page promotes their "open" hypertexts as an efficient means of subverting "patriarchal assumptions governing traditional modes of narrative" (111). Unless you want to campaign for the place of women in the canon, there is obviously no need to single out female writers when it comes to prove the openness of hyperfiction, just as it doesn't make sense to isolate women authors when it comes to undermining "traditional" narrative. And perhaps the new type of fiction, male or female, is not all that subversive either, except of course when you desperately hold on to "realism" (111) as the norm under attack, a move which might be determined by the fact that it has in the last two decades - not least thanks to the immensely popular Critical Practice (1980) by Catherine Belsey - come to stand for everything that is bad under the critical sun. However, for readers with a host of daring authors such as Joyce and Pynchon under the belt, Guyer's Quibbling (1991) or, for that matter, any other existing hypertext fiction fails to subvert anything but our material habits of literary consumption. The change of habits is unmistakable, but let's not overestimate its implications. As far as I can tell, up to this day only the Internet presents a digital textual form which seriously manages to undermine the expectations of readers versed in the (twentieth-century) novel.

This relativizing insight should not prevent us from considering how computer technology may affect the concepts of text which are applied in daily critical practice. Apart from the paper by Mark Poster, who rightly faults Baudrillard and Derrida for not having dealt adequately with virtual reality, the essays in part I of Ryan's reader all nicely contribute to the quickly growing body of work on this subject. In a courageous effort to come to terms with the World Wide Web as a whole, Mark Nunes relates the popular expressions, "Surf the Net" and "Cruise the Information Superhighway," to the topographies offered by Deleuze and Guattari. The highway metaphor reminds Nunes of their "striated" space, which is "linear, point-oriented, and Cartesian" (62), whereas surfing makes him think of its opposite, the unbounded "smooth" space in which the points are far less important than the trajectory between them. These two topographies are performative: they each create an explicit image of the Internet. In order to avoid overcoding and the inevitable loss of relevance, Nunes calls for a somewhat more uncertain picture hovering between the two extremes. I would add that the combination of the two topographies can work equally well for a description of the operations involved in the act of reading a small-scale text, as the impact of A Thousand Plateaus on literary criticism has amply shown. This could mean that Nunes - who does not consider this parallel - is casting his net too widely, but I'd rather look at this similarity as an argument in favor of the continuity between traditional and digital forms.

Espen Aarseth would not share this position. He groups hypertext novels and computer games under the heading of "ergodic art" (in which the sequence of experienced signs is not, as usual, fixed by the "instigator of the work" (33)) and argues for the inclusion of this type of art under a broader notion of text. A traditional "narrative" would then merely represent a special (but obviously highly privileged) instance of this broader notion. Zooming in on Doom (which features a highly manipulated structure of aporia and epiphany) and John Cayley's poetry generator, The Speaking Clock (with its radical openness), [see the Cayley hypertext in the electropoetic thread, eds.] Aarseth presents two extreme examples of ergodic temporality and argues that they challenge the hegemony of narrative. I wouldn't go that far, if only because the interactivity which Aarseth highlights can also be part of reading in its more common form. It might therefore be more relevant to hint at varying degrees of (for instance) non-linearity, interactivity, or the much vaunted openness by placing digital and non-digital forms of textuality together on a series of spectra, one for each of the characteristics foregrounded by computer technology. This strategy risks overemphasis on one set of characteristics, but it has the advantage of protecting literary theory against ahistorical proposals by critics who are too infatuated with technology to consider what print texts can do.

In her own contribution to this reader (and easily its highpoint), Marie-Laure Ryan implicitly shares what I would hope are my commonsensical qualifications with regard to Nunes and Aarseth. At the end of a dense analysis on the connections and divergences between cyberspace and virtuality, Ryan clearly submits that as "a generator of potential worlds, interpretations, uses and experiences, the text is always already a virtual object" (96) and adds that technology has only elevated this virtuality "to a higher level" (96). In a final section on postmodern theory and the digital text, Ryan sensibly suggests that the early hurrah treatments of their convergences can't be totally rejected, if only because this higher degree of virtuality must have looked very enticing to those steeped in postmodern ideology. Yet she also warns against the popular rhetoric which uses computer technology to proclaim the end of the book.

In Part II, Cyberspace Textuality merges criticism of digital textuality with dominant cultural issues. Under the overall heading, "Identity," Ryan has collected articles on gender (Page), race (Thomas Foster on the Marvel comic, Deathlok), the body (Christopher J. Keep on how hypertext fiction affects the material side of reading), and performance (Matthew Causey on VR and other postorganic forms of theater). Like Page, Keep undoes his own argument by claiming too much for the new media and reducing the possibilities of their predecessors. Causey, while resting his discussion of postorganic performance on an affirmation of the material body as the ground of cyberculture, considers just how volatile identity becomes in a virtual environment. Influenced by the Heidegger of "The Question Concerning Technology," he suggests that performance cannot escape the machines which always already mediate it, and turns to The Balcony by Jean Genet to investigate this "falling into inauthenticity wherein death is displaced" (197). Foster looks at the Deathlok issues produced by a team of African-American artists (1990) to see how they solve the issue of "racialized posthumanism" (141) in their story line about Michael Collins, a black scientist-cyborg who attempts to reclaim his organic body. The technological change appears to hold out a promise for minority subjects such as Collins, but in his perceptive interpretation Foster shows how Deathlok turns this opportunity into a complicated dilemma which makes the hero long to be human again.

The final part of Cyberspace Textuality represents a brave but disappointing attempt to apply some aspects of digital textuality to criticism itself. In their respective contributions, Katherine Hayles, Lance Olsen, and Jon Thiem put what is intended as an original spin on mostly familar arguments or concerns. Olsen combines existing readings of William Gibson by writing a series of footnotes to all the words of a sentence from Neuromancer. Thiem simulates an article from the year 2056 about the Universal (digital) Library which will/has come about in 2036. Hayles is more challenging. By merging the discourses of literary theory and artificial life, she wants to see what the latter's dialectic of pattern and randomness can mean for literature and criticism. (Didn't Pynchon do that ages ago? Then again, Hayles was an early contributor to Pynchon criticism before she turned to electronic textuality.) [Ciccoricco applies Hayles' dialectic in reviewing Michael Joyce for ebr, eds.] But Hayles also wants to enhance the definition of hypertextuality by calling it "a self-organizing system" (214), which is a much more innovative and interesting metaphor. Hayles concedes that some traditional texts such as Cortazar's Hopscotch also enhance self-organization, but hypertext's greater access speed nevertheless makes her separate the average traditional text from its digital counterpart. In any case, "the pay-off in redescribing spaces of encoding/decoding through the dynamics of self-organization is obviously greater for electronic media rather than for printed words" (215). That's a cautious formulation, and yet it entails a serious risk. Describing the act of reading non-digital texts in terms of self-organization indeed implies an effort that most readers do not make, but nearly reserving the metaphor for hypertext could be felt to condone the kind of mindless reading that I believe we need to avoid. In other words, we consistently need to deconstruct the opposition between digital and traditional for fear of creating a reductive and ultimately harmful image of the print text.

. “Digital vs. Traditional?”, Electronic Book Review, December 30, 1999, .
Readers wishing to respond to an essay in ebr may send ripostes or short glosses to the journal’s Managing Editor, Will Luers.
PDF

other essays by 222
Luc Herman 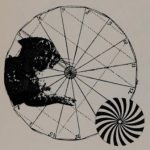