With an introduction by Joseph Tabbi, this collaborative essay by Strickland and Lawson Jaramillo carries the debate into the analysis of specific poems and poetic practices, both written and spoken, graphic and sonic, alphabetically and digitally coded.

ebr has long been an active front in the 'code wars' which have tended, unlike the 'culture wars' of the same period, to unite the antagonists more than separate them. That's because the debate is grounded not solely in expressive and ideological differences, and not in a mostly economic materialism, but in the material 'differences that make a difference' (Bateson): by focusing on the various materials of signification, communication, interaction and interpretation, the debates in ebr create unforeseen chances for convergence between the poetries and the sciences.

Following on signal essays by Montfort, Hayles, Cayley, Raley, Marino, and others, "Dovetailing Details Fly Apart - All Over, Again, In Code, In Poetry, In Chreods" by Strickland and Lawson Jaramillo carries the debate into the analysis of specific poems and poetic practices, both written and spoken, graphic and sonic, alphabetically and digitally coded. The essay also introduces a new reference for the debate - namely, the work of Gregory Bateson, who is cited not just as a supporting 'theory' or philosphical framework, but in the spirit of differential discourse that distinguishes Bateson's work.

This essay-meditation is itself 'poured over code'; like several image/text collaborations featured in ebr over the years, there is a supporting visual dimension to the argument. Respecting its integrity as a visual and verbal composition, we present the essay here, in its original form, while at the same time 'enfolding' it into the ebr interface. This way, the essay resides in its original URL, but it is lodged also in the ebr database, so its connections to past and future codework can more easily be followed.

Additionally, this paper can be read as the latest in a series of six essays by Strickland, available exclusively in ebr.

"Dovetailing Details Fly Apart - All Over, Again, In Code, In Poetry, In Chreods"

"Moving Through Me as I Move"

"To Be Both in Touch and in Control"

"Poetry in the Electronic Environment"

. “Dovetailing Details Fly Apart – All Over, Again, In Code, In Poetry, In Chreods (with an Introduction by Joseph Tabbi)”, Electronic Book Review, September 13, 2007, .
Readers wishing to respond to an essay in ebr may send ripostes or short glosses to the journal’s Managing Editor, Will Luers.
PDF

Other Essays in
Enfolded 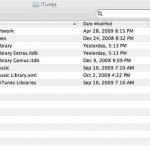