The editors of the electronic book review would like to feature this essay, In My Own Recognizance, in tribute. For a writer who made great mosaics out of words, we trust that this piece will be nothing less than the start of a new mosaic, one that will encourage us to reread, remember, and celebrate Ron Sukenick (1932-2004). -eds.

Gone is the aura of elite snobbism that once surrounded the avant-garde. Instead of a movement the avant-garde has become a matter of idiosyncratic practitioners interested in innovation.

You can't dictate style. What would the right style be?

The avant-garde is European; the underground is American. Elitist::oppositional.

Innovative fiction is not inherently better than any other kind of fiction. It's a genre like any other, and like any other there are mediocre examples as well as a few brilliant ones.

I personally am enamored of the traditional Canon but not interested in repeating it. My ways of avoiding it are through the practice of certain mental gymnastics, or, rarely, through the use of constrictive form as with the Oulipo group whom I consider creative cousins.

Mental gymnastics: ways of blocking the already formulated in pursuing the unformulated.

I try to write in that mental space of 30 seconds where the past claws at the future to produce what we call the present. That helps me get past the premeditated.

Remember the future. That helps me avoid the prefabricated.

The best things write themselves.

I like to set my mind on autopilot. I find it takes me in interesting directions, probably reflecting the structure of my mind.

I get a kick out of surprising myself.

Cutting against the grain reveals its structure.

Automatic writing is a relic of the mechanical era. On autopilot the creative principal is progressive feedback, not the subconscious trying to escape the mechanical.

Innovation bears the same relation to the mainstream as does a concept car to a factory model. Or even better, a hot rod to the mass production version. The former comparison stresses the experimental aspect of innovative work; the latter stresses the excitement, the extra intensity, the pure thrill that comes with the riskiness of high stakes.

I never owned a hot rod. I did have a 1966 Volvo P1800 sports car for 30 years. Not one of your classic muscle cars, the 1800 is a great hobby car with an overdrive that feels like coming every time you hit it.

A better name for what I'm talking about might be extreme fiction.

I hate other people's jargon. Because I have my own.

In any case, the idea of fiction is the wrong idea. In the sense of making something up. Thinking through narrative is more like it. I think through things situationally employing a grammar of event.

It provides resolutions in the same way that dream supplies resolutions: by engaging the feelings involved rather than the rational. Or rather, both. Because feelings have their logic.

Because experience is mostly stories.

Because stories are based in experience, not necessarily the author's but always partly so.

Beause writing it is part of the experience of it.

Because fiction is experience plus desire.

Fictive language goes stale without the recreations of desire.

Think through stories; dream through logic.

Theory is the delirium of intellect. It makes life more interesting.

My failures are sometimes like good wines that need to age. The failure may be in lagging criteria. Or, to put it another way, innovation may be confused with bad writing, not least by the writer. That's part of the risk.

- whatever that is. A conflation of fictions?

There is a politics implied by style that may be decisive in its acceptance or rejection. Rejection on that score is a good sign, a sign you're dealing with essential matters. E.g., Melville.

The status quo does not like innovative styles. They may imply alternatives, including alternative politics.

The status quo likes innovative styles. They suggest endorsement of a cultural amnesia.

For complicated people, simplicity is a virtue. In my case stupidity is even better.

Recognition is one thing; fame is another. The former concerns what's really there, which in the latter is irrelevant.

To salvage the madness of experience from impositions of order that are rarely in your interest.

I'll say it again: use your imagination or someone will use it for you.

The impact of successful innovation is maximally palpable way down the line. By definition. If it's in the purview of current taste it may be original but it's not innovative.

Innovation is eccentric - never at the center of things.

Innovation is not antidemocratic - it's just nondemocratic.

My politics are neither left-wing nor right-wing but knowing.

Writing begins as drawing and ends as music.

The venue of fiction is the invisible world of thought and feeling.

Assuming the material world is real the ethereal adds to reality.

The invisible adds nothing - except itself.

Without the unreal the real is unreal.

Writing about writing is part of the writing. As prelude and afterword.

Death and writing: the tortoise and its shell.

If death is the mother of beauty (Stevens), life must be its father.
Poetry vs. fiction::creation vs. procreation.

Fiction is not about. It is it.

It should be obvious: there is no intrinsic virtue in a quantity of readers. Furthermore, it is theoretically possible to approximate a readership hierarchy based on connoisseurship as in the graphic arts.

In any case, everyone knows that money is a bad indicator of quality. Everyone knows it but no one behaves that way. Such is the prestige of the marketplace.

Which may be just as well. When the marketplace virtuously puts aside the market to exercise its taste, the result can be disastrous. At least marketeers understand the market.

Intellectuals at bottom despise art as obscurantist and frivolous.

Once upon a time opposition implied prestige. Let's face it: opposition is necessary for a healthy culture.

A serious novel should be studied like a holy book. It exists in a different realm from the entertainment industry, where it may not exist at all.

A word to the international conglomerates that now control publishing: pedal trash, praise quality. Have your cake and eat it. Assuming you know the recipe.

Theory for me is like the ink emitted by a squid when attacked.

The battle is for prestige not money. (But money isn't bad either.)

Academics: what can one say about academics? Umpires of taste, but like umpires, unloved.

Some people say they don't understand my writing. Neither do I. I don't write like that.

If I already understand it, why write about it?

Elitist observation: the explorer is only interested in the unknown.

I take it back: I do understand my writing - but only after the fact. And then only in tentative, mutable ways.

Only suggest! Only provoke!

Bad innovation serves up ignorant repetition of the past; good innovation is the thumbprint, the genetic code, of the innovator.

Good innovation will pass the same criteria of taste as other writing, while at the same time changing them.

The question is not taste but who has the power to impose it.

Collage and cutup are ways of interrupting the continuity of the controlling discourse - mosaic is a way of renewing discourse.

It should be obvious: what's true here and now was not true there and then. But why does that prevent us from trying for truth? Imitate athlete's intelligence operating in a continuous present. Faster than thought.

Stupidity can be a virtue. Virtue can be a vice. Artists don't have to be nice.

In the arts evaluation of necessity implies connoisseurship.

Epigrams are half truths. The illuminating half.

. “In My Own Recognizance”, Electronic Book Review, September 16, 2003, .
Readers wishing to respond to an essay in ebr may send ripostes or short glosses to the journal’s Managing Editor, Will Luers.
PDF 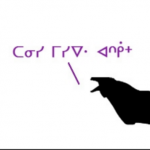 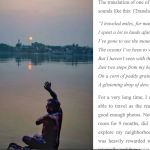 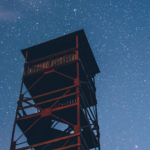