Andrew McMurry introduces Katherine Acheson's review of Radiant Textuality, declaring that Acheson's illuminated critique exemplifies what's missing in McGann: the use of design not just to illustrate prose but also to extend a textual engagement.

In her multimedia review of Radiant Textuality (note that a plain text version is also available on ebr), Katherine Acheson poses a rhetorical question to Inote, the image-tagging tool developed by Virginia's Institute for Advanced Technology in the Humanities and championed by Jerome McGann: "What would it make. . . of the use of Rossetti's works that I have made here? And how to account for the effect of the images in relation to the text which is itself part of the layout of the 'pages'?" It is this tension between word and image that Acheson says McGann has yet to address in his vital work on text and image markup initiatives - work which has been prompted by artist-writers like Blake and Rossetti, whose own corpuses are exemplary of the word-image tension. In other words, it is the question of "design" that McGann avoids raising.

But perhaps for good reasons. It is quite clear that digital editing tools, such as those McGann has worked assiduously to bring to the attention of the critical enterprise, will foster exciting new arrangements, juxtapositions, concatenations, and deformations of the literary-textual landscape. But effective integration of text and image is not yet possible on the web, which requires the segregation of text from image if the text is to be made available as text. (Case in point: electronic book review!) So the challenge of design, beyond simple choices of fonts and layout, remains the province of designers, while literary scholars, according to McGann, should simply familiarize themselves with the new text and image handling techniques, which can make immediate and palpable differences in the way they access, manipulate, and most importantly, interpret, the archives of literary history.

Yet what good are image and text handling tools, Acheson seems to ask, if we don't make them in a way that opens up space for a design aesthetic? It is all very well to have hammers and nails, but what are we going to build? To borrow Lev Manovich's terms, New Media is not only about poring over databases but about constructing narratives. In Acheson's view, then, the design challenge - and in particular, the challenge of operationalizing the word-image dialectic - must be taken up at the same time as we deploy the new tools of text and image tagging. A daunting challenge, to be sure: what new fluencies must we acquire to work in the digital humanities? The language of audio, video, animation, and painting? Even if one decides never to invest in learning Flash or Dreamweaver, the multimediatization of the written word suggests that a working knowledge of design theory could at least help one know what one was looking at (and whether it was worth looking at).

So what to make of Acheson's illuminated critique itself? For wordsmiths, images are pleasant distractions or even, occasionally, dangerous supplements; in any case, they are best ignored once we begin the heady process of mentally tagging and bagging text. But as visual beings, we cannot ignore these chopped, cropped, and photoshopped images that surround and suffuse Acheson's text, putting twists on the plain sense of words via, for example, a lobate Fibonacci spiral. As critics, we expect words to carry most of the semantic freight, but these images put a finger on the scale of meaning, and we are hard-pressed to know exactly what they add up to. Re-reading and re-viewing become important: crudely put, images don't give it up like cheap whores. As with Rossetti's demurely beautiful women refusing to meet the artist's (and our) gaze, these images refuse to align with any textual entreaties. We finish the review knowing more than we started but with the feeling that much has been left unsaid, or rather, unseen. Properly so, for a single image will effect a semiotic eruption beyond what words can describe, let alone emulate. It is this residue impervious to verbal rendering that makes "the visual" so enigmatic, even as it has become the central meaning-making mode of our time, which is a scopic regime of collage and pastiche, born upon the severing of the word-thing umbilicus. Acheson's illuminated critique fits this time and, perhaps, models the future of our critical practices.

. “Introduction – Illuminated Criticism”, Electronic Book Review, November 11, 2006, .
Readers wishing to respond to an essay in ebr may send ripostes or short glosses to the journal’s Managing Editor, Will Luers.
PDF

other essays by 222
Andrew McMurry 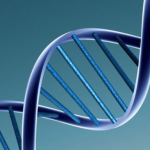