I want to thank Stuart Moulthrop for responding to ebr here in the spirit of dialogue. The further elucidation of his intuitions regarding the future of hypertexts and PMC 's role in accordance are a valuable addition to the record and includes fresh thinking on these matters.

In response to Moulthrop's suspicion that "advertising on the Web is a non-starter in any context" I say let the advertisers decide that. And they have, by continuing to pump money into more than just Microsoft. While many webzines have started and folded since 1995, that history has been a vital instance of participatory democracy by comparison to the regulation of other media. PMC may well have been right to suspect that ad revenue would not have stabilized their resources over the long term. But there's no need to suggest that PMC 's fate is the fate of critical content on the Internet, be that content peer-reviewed or not. I doubt that Moulthrop was intending the anti-advertising quote as an interdiction on would-be electronic-scholars, but extra care should be taken to ward off such an implication, especially from an editor at the very influential PMC.

For the record, I too know the particular difficulties of editing hypertexts, contrary to Moulthrop's suggestion. ebr 5, which I guest edited, includes two, one of which is authored by John Cayley, whom ebr and PMC share as a contributor. Surely that number is fewer than the sum Moulthrop and PMC have edited, but the point begs making that my experience of this task is not imagined. And ebr 6/7, whose design moves the journal itself in the direction of a hypertext, has indeed proved ebr 's ability to grow within its informal, collective editor-ship, contra Moulthrop's assessment.

Finally, I regret to report that PMC founding editor John Unsworth chose not to send PMC his response to my article, but chose a forum closer to home, at the Modern Language Association annual meeting. Non-professional academic readers interested in his view may find that presentation on his personal website.

. “Joel Felix posts a response”, Electronic Book Review, January 17, 1998, .
Readers wishing to respond to an essay in ebr may send ripostes or short glosses to the journal’s Managing Editor, Will Luers.
PDF 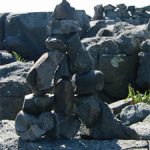 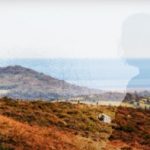 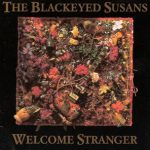