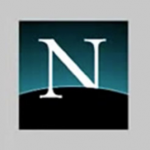 Mark Amerika goes public, and reveals speculative fiction and market speculations to be one and the same.

1. First of all, are you reading ebr via Netscape? I am. If you are too, then we are "interacting" here on the World Wide Web thanks to the hard work of what is now, at least on paper, a billion dollar company. This, of course, happened after they launched their initial public offering (IPO) 19 months after having started the company with a simple 4.1 million dollar investment. Netscape has positioned itself as another potential software monolith despite the fact that their earnings previous to the year they went public were somewhere in the area of 10 million dollars.

Is this what is meant by a speculative market? Or is it a special kind of speculative fiction, one that is teleported via a capital-fueled engine whose anemic TV exhaust is really nothing more than a simstim spectacle, an addictive image of a viral culture that is automatically morphing into the most out of control vaporware scheme ever invented?

2. Have you ever used Lycos to search for things on the Net? How about Yahoo? Excite? These prominent search-engines bring their web sites godloads of traffic and, with it, a decent amount of advertising bucks (altthough who's to say if any of these groups are actually making any moolah; one can only speculate). Personally, I'm using Digital's Alta Vista Advanced Query System for most of my own searching (there aren't any ads there yet).

Soon we'll have really cool info-butlers, fashionably rendered 3-D virtual slaves who, while we're sleeping, will navigate cyberspace in search of whatever it is we've programmed them to look for so that, once we awake and turn on our techno-appendages, there will be waiting for us a personally-tailored list of documents focused on what it is we want to know and learn.

If I had one of these ultra-intelligent, hot and nasty slaves working for me right now, I would immediately send it out on a mission to locate all of the start-up web sites that are currently making money by regularly publishing innovative content that actively challenges the banal info-spam usually delivered to us by the Military-Industrial-Infotainment Complex. Like a scene from the Neuromancer trilogy or Snow Crash, I'd talk to my techno-appendage, perhaps a little friendlier and more colloquial than Case or Hiro, and I'd say " Alt-X has been publishing all manner of fiction, rants, interviews, collage art, manifestos, reviews and the like for almost two years and now we want to start cashing in on our huge audience. We started our publishing venture right here on the Net and have no accompanying print publication like Wired magazine nor do we have a big parent company like Time-Warner who dumps barrels of cash into their Pathfinder site. But we've got hundreds of thousands of eyeballs viewing our documents every couple of months and I just read in a recent issue of the aforementioned Wired magazine that the going rate for ads is about $40 per thousand readers. With our targeted audience of net-savvy content-lovers, that means we should be pulling in $2000-$5000 banner-ads right and left! But we're not. Fortunately we still manage to pull in a few sponsors, but we want more and we want to make our value more visible. The more visible our value is, the more speculative our fiction can be."

"So," I'd tell my virtual slave, finally getting to the point, "before I go to sleep tonight, I just wanted to ask you to do me a favor. Go out and find me sites that are making money doing what we're doing - they don't even have to have as many readers as we do."

As you can tell, I'd try to soft-sell my artificial-slaves just like I would anybody else in the business (I imagine most people would say something like "Slave, find me all of the web sites similar to Alt-X that are making at least $100,000 a year in advertising revenues. Now!").

Whatever our relationship, chances are my slave would disappoint me. It would come back to me with very few documents. In a stretch of the AI-imagination, it might bring back a document that shows how our friends at Hotwired have lots of hot ads scattered throughout their site (but who can really dissociate Hotwired from Wired?) or it may come back and say a small group of cool people who used to work for Hotwired have branched off to start their own thing, something called Suck which, my slave will remind me, has just been injected with some nice start-up cash from...ta-da! Hotwired!

Other secondary docs brought to me would show that there are now plenty of other web sites that serve as the home-pages to internationally-recognized print publications who are beginning to arrange deals with their print-based sponsors to "have presence" on the complementary website.

All of this just to remind me whence I came.

3. This is not to say that now that the Net is on the verge of becoming completely commercialized and damn-near censored ("Thanks Bill! Thanks Al! See you in court!") Alt-X is ready to be thrown in the dustbin of post-history. Not quite. We are simultaneously being approached by Big Publishers and Major Universities while still generating greater and greater audiences for content we refuse to banalize so as to sell-out to the captains of commercial consciousness. The call Alt-X made over two years ago to form strategic alliances with other similarly-minded networks of artists, writers, musicians, publishers and net-surfers, is more relevant than ever. And we can still envision ways to develop somewhat fluid revenue streams that will, we think, show how cyberspace writing and publishing presents alternative publishers with a new distribution model guaranteed to change the way we create audiences willing to support the hard work we've been putting into projects like ours. [see also Amerika's Notes from the Digital Overground for more background on Alt-X, eds.]

Right now there are a number of things holding us back. For example, secure and authenticated digicash transfers are still not 100% secure. News stories keep popping up with mixed messages: one day, the San Jose Mercury News tells us that our friends at First Virtual have proven that shareware programs downloaded from the Net can come with an attached virus that essentially makes it possible for someone to read your keyboard punching as you punch in your card numbers. Then, the very next week, in the New York Times business section, an article claims that Visa and Mastercard have announced that they have perfected the way a consumer can use their e-cash networks over the Net. Right (and I've got a virtual bridge in Brooklyn I wanna sell you...)

But we at Alt-X believe that secure money transactions over the Net, like greater and better bandwidth, are inevitable. There's too much at stake not to build these prototypes and once the cybercitizens of the world feel there is very little risk associated with spending moolah on the Net, then the cyberspace market itself can begin to change.

I'm immediately reminded of Ted Nelson's Xanadu project and how, over a quarter of a century ago, he envisoned a world wide web publishing mechanism with a built-in transcopyright program that would essentially zap a few cents to the authors of any hypertextually-linked work that was being downloaded, read, consulted, virtually republished, etc. (I'm paraphrasing, of course). Xanadu 's logo, an Eternal-Flaming-X symbol, is metaphorically linked to the Alt-X project in both name and spirit. Every now and then a thought crosses my mind that says something like "if Alt-X received a nickel every time a hot-link opened up an article on our site in December 1995, we'd have generated about $10,000."

But this system is not in place. In fact, nothing like it is in place. There are interesting experiments starting to surface from some of the more edge-oriented publishers - cf. Voyager's new subscription-only picture novels. And if you want to look into alternative cybercash projects then check out the Mark Twain Bank and the collaboration they have going with the folks who started Digicash.

Amerika, Mark. “On Netscape, Virtual Slaves, and Making Moolah”, Electronic Book Review, April 1, 1996, .
Readers wishing to respond to an essay in ebr may send ripostes or short glosses to the journal’s Managing Editor, Will Luers.
PDF
This essay was peer-reviewed.

other essays by 222
Mark Amerika 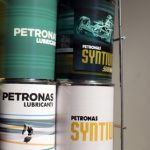 Exterminate the Brutes: Fighting Back Against the Right