R.M. Berry responds to Brian Lennon and Loren Glass by noting the crucial differences between the various forms of institutionalization that are endemic (or should be considered so) to their conversations on "The System."

Mark McGurl, Brian Lennon, and Loren Glass have engaged in the kind of disagreement that is productive only in so far as a particular understanding underlies it. That understanding is at issue, of course, in the very terms in which their disagreement gets conducted, prior to any participant's assertions or denials. Glass points to it in noting Lennon's unspecified reference to "the System," suggesting that the persuasiveness of Lennon's commentary on McGurl depends on how one concretizes this phrase, but other terms are sites of similar struggles: e.g, "institution," "literature," "academy," "society," "modernity," "history," etc. The depth of my own reservations about McGurl's understanding of cultural history make my contribution to such a discussion largely unproductive, except for readers sharing my misgivings but unable to locate the source in McGurl, Lennon, and Glass's terms. Because such readers are unlikely to feel compelled by their discussion or my comment, I will say only this: there are crucial differences between the institutionalization of organizational skills needed to produce exchangeable goods and services, the institutionalization of technical expertise needed to produce new technology, the institutionalization of practical understanding needed to interpret the cultural past (law, scripture, canonical art, philosophy), and the institutionalization needed to establish present value in the face of value's radical self-questioning. With the advent of modernism, literature becomes a prime site of this fourth institutionalization, with the result that, unlike the first two, the sociologist or historian of literature cannot be sure of the object he or she studies. What anyone calls the institutionalization of literature could turn out to be a fraud. Honda produces cars, but who can say whether any creative writing program produces literature? Criticism is the discipline of uncovering rational bases for saying it, and sociological and historical explanation, if they are to be coherent, necessarily presupposes criticism. This raises a fundamental question of whether McGurl, Lennon, and Glass are, in fact, talking about what someone concerned about the present of literature is concerned about. Every reader is fully authorized to decide this question for him or herself, and no amount of historical or sociological evidence can relieve him or her of the responsibility. The metaphor of production has limits. 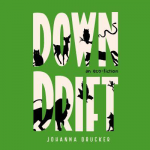 The Eternal Hourglass of Existence