To read Harold Jaffe's pieces as a commentary on or critique of the war on terrorism is to under-read him, as Beckett was misread as a "symbolic" or Swift as a fantasist.

In a meeting in Paris in 1972, Beckett asked Raymond Federman, "When will they stop making me say more than I said?" Federman writes that, "It was as if Beckett was warning his readers and critics not to fall into the trap of symbolism and hermeneutics" (Federman, "Imagery"). Federman continues:

Later that evening - or perhaps the next day - in his apartment, we were talking literature and I asked him why he was so fond of a certain sentence which appears several times in his works, and what it meant to him. This is the sentence:

And Beckett said to me: It is not the meaning of this sentence that interests me, it is its shape, its movement. It has perfect symmetry, the way it cancels itself. And suddenly I realized that it was not the meaning of words that really concerned Beckett, but the shape of language. Therefore, one should not seek meaning in his work but look at the form of his narrative, the shape of his sentences, the movement of his language. One should simply look at the images he has created in his novels and in his plays and not try to ascribe a meaning to these images. (Federman, "Imagery")

Similarly, Harold Jaffe told me in an interview conducted originally for The Hyde Park Review of Books,

I can't help comparing how my own fiction is reviewed in the US with how it's reviewed in Japan, Germany, Italy, Spain, or the Netherlands. In this country, I am called a 'guerilla writer,' because it's a flashy logo. In fact, [in Europe] I am thought of primarily as a virtuosic stylist. In Japan, on the other hand, where several of my books have been translated, the passion and affect in my writings are recognized, respected, precisely addressed and not separated from stylistic considerations. (Gerdes, "Find a Seam" 16)

I suggest that to understand what is truly remarkable about Terror-Dot-Gov, one should pay less attention to the rage and the politics of the work than to its style. I agree with Rone Shavers who writes that "making a reader aware of his or her subjection [is not] enough to somehow change a reader's relation to a (actually, the) dominant power structure" (Electronic Book Review 4/20/03) However, I would argue that the effect on the reader's awareness is not really what Jaffe is after.

A novelist can ultimately serve only one superior completely or he will be writing at cross purposes. A writer who serves the writing itself is, by definition, the most loyal of all writers, a writer of the first rank. A writer who merely uses writing for the sake of linear narrative storytelling, pedagogy, politics or religion may be a first-rate linear narrative storyteller, pedagogue, politician, or believer, but obviously he cannot be a first-rate writer. Hence, the effect of the writing is not the point. To be concerned with effect is to cater to something else in the "dominant culture" besides writing. The writer who is predominantly concerned with effect may be a first-rate sociologist or psychologist but cannot be a first-rate writer.

Jaffe asks, in his 1997 essay "Slash and Burn," "How can art (narrative) subvert the existing order in eerie, giddy, hyperreal 1998?" (Electronic Book Review 3/1/1997). The answer lies in the question. Subversion. The word has the same etymological origin as the word "versify," or to take prose and make verse of it. A version is a "turning," held in the hand to look at, as if special. A subversion is a "turning under," a hiding or burying below the surface, as one does with something even more special. If we look below, we will find the buried treasure, hidden from the gaze of the all-consuming dominant culture. This same "turning under" is what Cynthia Davidson notices in her review of Jaffe's 1999 collection Sex for the Millenium when she comments on the statement "Her son was her sun," said of "one character who is caught in an affair with her teenage child" (Electronic Book Review 1/1/2000).

Any subversive political work is done by Jaffe primarily through the subversion of language itself, in the place where an author "finds a seam, plants a mine, and slips away" ("Slash and Burn"). Jaffe cites the argument in Bataille: that "the strongest art must always be, among other things, 'the immoral subversion of the existing order.' Especially where the existing order had appropriated 'morality to service its master narrative" ("Outcast Narrative," Electronic Book Review 1/1/1999). "Only at the extremes is there freedom," Jaffe continues.

Despite the seamless-seeming master narrative, parallel, abject, counter-narratives do in fact exist. They can be found - assuming you look for them, unplug your ears, relearn to smell - at the extreme margins of official culture. One such counter-narrative [is] the sudden, extraordinary abundance of tattooing and body mutilation among the young. The narrative has several determinants, but one crucial determinant would have to be the widescale sexual repression of our era, which has dammed (damned) the customary body outlets. ("Outcast Narrative")

Notice how this entire statement turns on the oxymoronic, homophonic usage of "seamless" and "seeming" and the homophonic convergence of "dammed" and "damned." This turning is the opposite of equivocation, where one word is used in order to create a deception. Rather, its use is to get at hidden truths. It identifies words that are related in ways ridiculed by the dominant culture (cited by Shavers) which looks with scorn at double-entendre, pun, alliteration and other nonlinear associative connectors between words because such nonlinear thinking threatens the very stability of the ultralinear dominant culture. The dominant culture uses linearity (i.e. "lineage") to justify its very existence, so any deviation from linearity is ridiculed. In fact, nonlinear narrative has even been banned from our elementary schools, where only one way to read, the official linear way, is now taught. Nonlinear narration and the use of nonlinear associative connectors such as digression and word association as narrative tools are treated by our culture as harshly as evolution is in our backwoods schools.

When he writes about the homeless, for example, in "Outcast Narrative," Jaffe states that "Theirs is a narrative that is enacted in the most fundamental way possible: on our mean streets." This sort of double meaning causes the reader to pause and think, a dangerous act in a society that aggressively discourages thought and in which the term "intellectual" is pejorative, "academic" is hypothetical, and professors are portrayed as "absent-minded," "feeble," ineffectual and effete. To Jesse Helms and his like all American art has been reduced to a crucifix in a jar of urine, and artists are portrayed as ultimately irresponsible and impractical. When I meet people for the first time and they find out I am a novelist, frequently the response is, "Oh, yeah? You make a lot of money doing that?" Our mean streets indeed. "Mean" in terms of being vicious and ill-tempered. But also "mean" in terms of the middle point, the average (the arithmetic mean), which is apparently, also by definition, poor or inferior in quality. The word "mean" alone carries with it the observation that the "average" has little worth or consequence, and indeed is even dangerous.

True, Terror-Dot-Gov does continue Jaffe's work in the direction of political commentary and biting satire. But just as Swift made an ostensible target of the Irish in his "Modest Proposal" while actually targeting the bigotry of the English, so too does Jaffe construct a triadic argument. The ostensible target this time may be the war on terror, but the true target hiding behind the straw man is the reader. Jaffe reveals imbedded assumptions in the language of these docufictions and in so doing betrays the lack of objectivity in news texts and reports as we receive them. He points his pen at us and shows how complicitous we have been in committing the atrocities he describes. We may revile the media's displays of violence and feign shock, but we are always willing to stand in line to pay the price of admission.

The beheading of Brent Marshall is described as not going very smoothly "because of Marshall's exceptionally thick neck." Thus the brutality of the slaying is blamed on Marshall, a Virginia "thick-neck" of the type we have learned to feel less compassion for over the years because a thick neck represents a "dumb jock," "a red neck," "a hick." "Big as an ox" means "dumb as an ox," as we conflate clichés to get there.

Abductee Fareeda Abda Khan's response, "I came here for you, to get your side of the story, so I've got no words to say to people like you" is an enthymeme hiding the illogical premise that "people who come here to get your story should not have words to say to you" (17). This passage reveals a fundamental lack of understanding about the basic purpose of journalism. How can an interview be conducted unless one uses language? Language is necessary. But the so-called journalist who is abducted betrays the fact that she really is no journalist at all. So what then was she doing there?

Language is necessary, but frequently, Jaffe seems to be saying, it is used to obfuscate rather than illuminate. The media culture evoked by Jaffe in his remarkable series of "docufictions" is shown to be using linguistic confusion in order to dominate and subjugate through intimidation. The best defense we have as the objects of confusion is to familiarize ourselves with equivocations and other tricks that are used to make us comply with the dominant culture's methodologies. Remember the 1970s slogan meant to trick 18-year-olds into voting: "You have the right to vote, so do what is right and vote." This sort of use of equivocation fools the marginally literate, which most of the nation has become through the elimination of the teaching of logic and nonlinear thought. Simple linear thinkers fall for equivocation and enthymemes. Anyone trained in logic immediately recognizes the equivocation of the term "right" and the fact that just because we have a legal privilege to do something ("right" in the first sense) does not mean we have an ethical obligation to do it ("right" in the second sense). We have, for example, the right to have our bothersome elders committed to institutions when those elders become problematic, but is that always the ethical thing to do? Of course not. It is the heavy-handed use of language by the dominant society that Jaffe is challenging. And he is examining it as text, as writing. It's good to see that someone is there sitting at the right hand of writing.

. “Recto and Sub-Verso”, Electronic Book Review, September 19, 2006, .
Readers wishing to respond to an essay in ebr may send ripostes or short glosses to the journal’s Managing Editor, Will Luers.
PDF 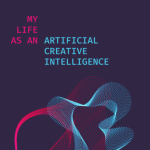 by Mark Amerika, Will Luers 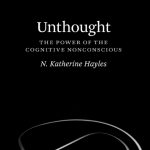 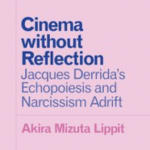 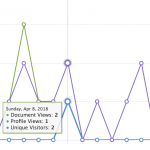