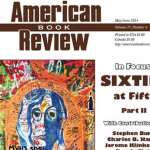 In a review of the contemporary publishing marketplace in the U.S. and the many definitions of "corporate fiction," Di Leo, editor of the American Book Review, offers some insights into the new economics of digital publishing and how ABR's recent decision to partner with ProjectMuse ended the "online poaching" of the magazine's content.

Book reviews are still one of the more effective ways to garner attention for individual titles. But it is no secret that the rise of the digital publishing world over the past ten years has brought about hard times for the printed book review. Not only have many print venues for book reviews disappeared, it has become increasingly difficult to find financial models for those that remain to persist.

Costs associated with printed book reviews include editing, layout, proofing, printing, mailing, and fees for reviewers. Eliminating printing and mailing reduces the associated costs for these processes, but leaves the editorial, layout, proofing, and reviewer fees. While digital book reviews may be less expensive to distribute, they are theoretically not any less expensive to produce.

The economics of books reviews is further complicated by the rapid increase of books published annually each year.

In 2002, around 250,000 books were published in the US. Ten years later, that number increased by nearly tenfold to over 2.35 million books. Moreover, during the same ten-year period, fiction publication doubled. In 2002, approximately 25,000 fiction titles were published in the US, whereas ten years later the number would rise to 50,000. It is important to note that this number represents titles released in print format with ISBN numbers. The number would be much greater if one also included non-print fiction and fiction without an ISBN number.

As the number of books published in the US rises, so too does the competition for book reviews. Nevertheless, the marketing dollars and review opportunities for the vast majority of the new titles published each year is minimal. Only a small fraction of the millions of books published annually will receive promotion beyond a book catalogue or online sales listing. There will be no readings at bookstores and displays at trade conferences across the county, and no advertisements in magazines and journals. A smaller fraction still will be reviewed in respected venues that reach a wide-audience of potential readers.

The situation for fiction is no different than that for any other publication. Only a fraction of the 50,000 works of fiction noted above are the products of publishers that have the financial resources to market and promote them. Given their special place in the publishing marketplace, these lucky works of fiction require a special name. We'll call them corporate fiction.

Not because they are books about corporations or corporate life (that is, the other kind of corporate fiction), but rather because they are the products of companies with immense financial resources that can generate greater interest in and sales of these titles.

Corporate fiction is fiction from a publisher which affords significant resources to marketing and promotion. It is fiction that also comes with a pre-publication advance.

Sales revenue on the other side of the financial spectrum though is more representative of contemporary publishing in the United States. It has been estimated that in the US alone, there are about 59,000 publishers with annual sales revenues of less than one million dollars, and about 47,000 publishers with publishing revenues of less than $50,000.

It is at this point where the economics of book reviews coupled with the relative financial powers of publishers begets one simple truth: corporate book reviews are the handmaidens of corporate fiction.

Corporate book reviews are in venues that court advertising dollars from corporate publishers by favorably reviewing their titles. They exist both in print and online, though identifying them or proving this relationship can be tricky.

The economy of venues that practice corporate book reviewing is largely hidden. No self-respecting book review venue would ever admit a quid pro quo relationship with a publisher. But signs of its existence can be gleaned by focusing not so much on the books reviewed, but on the advertisements.

Penguin Random House is the fifth largest book publisher in the world, one of the select few with revenues of over 4 billion dollars a year. They can afford to advertise in any publication in the world.

Book review venues that are on the receiving end of Penguin Random House's advertising dollars are ones that review their titles favorably and have a wide reach and large audience. For these book review venues to distance themselves from the corporate spectre, they would have to refuse advertising dollars from Penguin Random House, yet still review their titles.

The possibility of a quid pro quo relationship between book review venues and corporate publishers is one of the reasons that many regard book reviewing with suspicion. The practice of trading advertising dollars in exchange for positive reviews of titles from the advertised presses diminishes our trust in reviewing regardless of the complicity of the reviewer.

But it is a well-known practice in the world of corporate book reviewing that one selects a reviewer based on their anticipated reaction to the title under review. This of course does not make the reviewer complicit in the corporate book reviewing scam. They are only doing what they were asked to do: review a book. Nonetheless, it is their favorable review that greases the advertising dollar wheel.

Corporate fiction is fiction produced by big profit publishers, those with the capacity to give million dollar advances and spend similar amounts marketing and promoting individual books.  Corporate book review venues are those that have been co-opted in some way by corporate publishers to review their titles.

American Book Review, the publication that I have edited for past decade, is not nor has it ever been a corporate book review venue. Though it occasionally reviews titles from corporate publishers, its focus is on reviewing and discussing writing from small and independent presses—presses far removed from the world of corporate publishing.

Also, it passes the corporate book review "advertising test." A survey of the advertisements included in American Book Review reveals a high proportion from the economic underwriter of the review (the University of Houston-Victoria) but none from corporate publishers. It also regularly includes gratis advertising for the various other publications, presses, and organizations housed at the university including Centro Victoria, Chax Press, Cuineiform Press, Dalkey Archive Press, Huizache, the Society for Critical Exchange, symplokē, and others.

For the entirety of its forty-year history, American Book Review has been a non-profit publication that takes pride in promoting small press publications. However, when I came on as editor over a decade ago, I noticed that several online organizations were taking the content produced by American Book Review and selling it to institutions with little or no financial consequence to the journal.

It was at this point that we came to affiliate with the Johns Hopkins University Press's online division, Project Muse. This affiliation ended the online poaching of American Book Review content, and opened up the contents of the journal to thousands of libraries around the world, many of which did not previously subscribe to the journal.

Ten years later, I'm pleased to say that our partnership with Project Muse has been a good one for American Book Review. While many of our print book review brethren have died out over past decade, we are thriving both in print and online.  This is in large part due to our arrangement with Project Muse; one that gives us a foothold into the online publishing world without diminishing our printed product.

American Book Review is proud to continue its tradition of reviewing publications from presses of all sizes, and is grateful for its affiliation with Project Muse.

. “The Economics of Book Reviews ”, Electronic Book Review, April 17, 2017, .
Readers wishing to respond to an essay in ebr may send ripostes or short glosses to the journal’s Managing Editor, Will Luers.
PDF 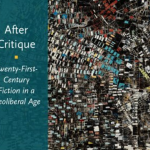 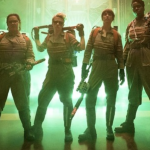 Patched In: A Conversation with Anne-Marie Schleiner about Computer Gaming Culture 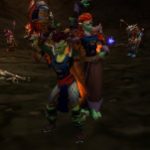