on the ghost in the machine: the font as spiritual medium in CD-ROM poetry design

"No one up here pays attention to reviews. We don't care about reviews. Frankly reviews are mostly for people who still read. Like most of the written word, it is going the way of the dinosaurs. Most people get their information from the cinema and electronic media. I don't know any actors or people in show business who have any serious interest in what is written about our world." - Bruce Willis

Up to now, setting type on a computer has followed a logic of gelatinization: Raw liquid text is "poured" into a container - a layout program. The text is then "massaged" or kneaded until it is "set". In this, computerized typography is not much different from the forms of print typesetting it is widely thought to be replacing. And yet the penalty for properly set, well-designed text on the computer is often the loss of exactly those features which are supposed to reward the arduous task of reading from a computer monitor. Typesetting has from its beginning resided in a contradiction between the physical body of the letterforms and the ghostly spirit of information it magically represents. Setting words into type concretizes thinking as knowledge, giving it a public body with a certain amount of cultural capital above and beyond private speech (a distinction Bruce Willis doesn't seem to have grasped). Of course, once you've given something a body, you've introduced the possibility of its obsolescence, its mortality. The promise of the computer has been the transcendence of this contradiction through a combination of sophisticated typesetting tools with text that remains "live" - a promise it is a long way from keeping.

In a title I have dating from the middle history of the consumer CD-ROM (1992), great masses of public domain writing have been shoveled onto a CD, taking up 715 megabytes. A quick scan of the folder "Works A-M" reveals a pretty impressive library:

Of course there is also all of Paradise Lost, Plutarch's Lives, amp;c., amp;c. This lump of text also includes a not-terrible search engine, some really bad scans of engravings, and readings of some of the literature by George Kennedy and Bob Saget whose value can only be described as dubious. (I guess William Shatner was otherwise engaged.) The greater problem is that all of the ASCII (American Standard Code for Information Interchange) text is rendered in a jaggy, monospaced font - fine if you're reading a paragraph but a killer if you're trying to read the whole of von Helmholtz's Ice and Glaciers. The fluidity of cut-and-paste, the immense time-saving of computer searches, the minute physical volume holding enough words to fill a library: great benefits of the computer age which provide little comfort to the person reading a screen while nursing a giant headache.

If, in publishing on the computer, you aim a little higher than shovelware (a term used to describe CD-ROMs which do nothing more than recycle content from other media), and you would like to actually design the text to be readable, things start to get a little depressing. The most popular multimedia authoring programs (Macromedia Director, mainly) include abysmal (read: nonexistent) typesetting tools, and you can never really be sure how that nice font you've used is going to look on various computers. Right now the only way out of this situation (the "workaround", in computer industry lingo), is to give up the fluidity of the text and set it in concrete.

In many of the more recent Voyager CD-ROMs which I typeset, each of the "pages" of text was created with exactly the same page layout program used to create the printed package. Having set text for both media, I can say that almost all the differences are squarely practical: typesetting for CD-ROMs in general requires lower resolution, lower color depth, less hard drive space, less RAM, and lower expectations. The difference that feels epochal is that while the packages end up on paper, the pages set for the CD-ROM end up in a *movie*. Reading becomes a process of stepping through QuickTime frames - so that now even text is rendered in the generic format of this fin-de-siècle, the video, though the concept of TextTV is probably some time from realization. The problem is that these pages or frames are image files, eventually treated in exactly the same image-editing program used to prepare the photos on the packages. The computer no longer recognizes the words as text - they are simply pixels. In the end, not much different from the printed page, aside from the fact that the little photo in the corner can move.

I recognize that, just as a printed book and a grocery list represent different rungs on the ladder of archival value, the well-designed but immutable CD-ROM might serve a useful function when distinguished from the types of email which read simply, "Lunch? Where? When?" However, in my email program, I can set the font I read the text in and still cut-and-paste from a message into my reply. Hardly typesetting but still better than being forced to read the fonts named after cities.

The French word for font is "police", a happy false cognate I like to consider a verb because in the world of the personal computer that is exactly what the font does: It polices the border between the Mac and the PC. Much of the textual difficulty I have described to this point can be traced to the simple fact that fonts differ between the two systems. Identical letterforms have different sets of code to describe them; one can almost never expect text set on a Mac to reflow correctly when rendered in a PC font. The only solution, in this Cold War where the commies have the better aesthetics, is to play neutral, give up the utopian promises of fluid, changeable, "writerly" text, and hard-wire the pages into cross-platform pictures that can't be edited or searched. And yet, in a twist that is an almost too-perfect evocation of typesetting's Cartesian split, the text can be searched by means of an invisible text track included underneath the video information in the QuickTime movie. This text is completely unformatted ASCII, even stripped of punctuation, resembling the properly set text only in honoring the same page breaks. ASCII is readable by virtually any computer - in fact the cross-platform Internet could not have been possible without its universality. Brute pixels provide the visual body, raw information works the controls in the background.

Hopefully the participants in these "font wars" are in the process of declaring an armistice. On April 23, Adobe and Microsoft (the licensers of the two major font technologies) announced OpenType, which basically solves the problem by agreeing to disagree, merging the two formats into the same font:

Q: Why did Adobe and Microsoft decide to end the font wars? A: Both companies agree that merging Type 1 and TrueType is the best solution for customers because now both font standards will be seamlessly supported on the Windows and Macintosh platforms. Additionally, OpenType will allow the industry to drive font innovation, display quality, and print output into new publishing arenas, such as the Web.

This is a start - designers will be able to embed fonts in Web pages, so that the reader won't have to own them in advance. One can only assume that support for such a standard will be built into upcoming versions of CD-ROM authoring programs such as Director and mTropolis. In addition, Quark, Inc., is releasing QuarkImmedia, a multimedia authoring extension of QuarkXPress, the preeminent computer typesetting program. The primary selling point of this product will be its typographic control, though it will still have to overcome platform issues.

In the end I think that it is not necessarily the immutability of books or the CDs I've been describing that gives them their feel of long-term archival quality, their "heft"; the "Great Literature" CD I described at the beginning feels like a mass of unprocessed information that will be unreadable as soon as the single-speed CD-ROM is no longer supported. Good design and typesetting give weight to a work; it simply says that someone cared enough about these words to make them look nice. The possibility exists for a culture of writing that can fold various levels of typographic sophistication (the designed, the spontaneous) into the writing of the text itself, as a dynamic rather than linear process, to the point where the dichotomy of "live" versus "dead" or "set" type will no longer obtain. However, unless Bruce Willis is already right, the tools for combining design with the computer's power to handle text need to be developed before the mad rush to streaming video leaves the world unable to read.

Issa Clubb works in the Art Department of The Voyager Company, where he typesets for paper, CD-ROM and laserdisc. He would like to thank Colin Holgate, Todd Fahrner, and JJ Gifford for actually thinking up the workarounds that make him so cranky.

. “Un Policier sur la Police: The Gritty Reality Behind the Fonts You Read”, Electronic Book Review, March 1, 1997, .
Readers wishing to respond to an essay in ebr may send ripostes or short glosses to the journal’s Managing Editor, Will Luers.
PDF 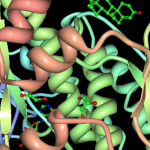 Undead Letters and Archaeologies of the Imagination: Review of Michael Joyce’s Foucault, in Winter, in the Linnaeus Garden