The inexpressible does not reside in an over there, in another world, or another time, but in this: in that (something) happens.

In his generous and insightful review of my novel Frank 1 ("Not Just Another Frankenstein," American Book Review March /April 2006; ebr) , Joseph Tabbi has made several important observations about the situation of contemporary innovative writing. Because I consider his observations of widespread interest, I want to bring out somewhat more starkly the stakes of his discussion.

Tabbi's boldest comments come in a section of his review that expresses reservations, not so much about Frank, as about its description by the publisher. What Tabbi finds troublesome is a back-cover statement that the novel "uncovers a more literally untamed America' than either Frank or Rob (the two narrators) could have foretold." Tabbi hears this statement as a version of a sentence within Frank that aligns its narrators' stories with "all our tepid culture has cast out." Noting that a similar claim has at times been advanced on behalf of the fiction published by FC2, the press with which I'm associated, Tabbi makes his most trenchant and sensitive criticism:

In my view the claim is disingenuous and even a little insulting, because it assumes that there is another, lived reality that the author knows and that we, the readers, don't. We're asked to accept the idea that an author should be distinguished not by literary and imaginative qualities, but rather by the possession of some specific information...unavailable to those who read fiction published by conglomerates, get their news from the papers or blogs or network media, and find pleasure where they can.

Tabbi goes on to bring out the political and moral stakes at work here, aligning the "more literally untamed" environment Frank putatively uncovers with versions of the cultural other, either "some heart of darkness at the colonial outskirts or some never explored recess of the human heart." His idea is that as long as fiction tries to legitimate itself by access to these versions of outrè subjectivity, it will be accorded only a marginal place in cultural life.

These are shrewd observations. As I read them, they enact three convictions: (1) that a novel's claim to liberate readers from a foretold reality is a claim to access some reality outside the culture; (2) that a novel's claim to disclose this unforetold reality is a claim to represent it; (3) that these claims, taken together, imply a claim by the novelist to knowledge not equally available to everyone inside the culture. In short, Tabbi takes exception to the notion that fiction's capacity for innovation is its capacity to transcend the present.

The idea of narrative transcendence, famously associated with Hegel, takes philosophy, art, criticism, and politics to be articulating what doesn't yet exist, but which eventually must exist because of the contradictoriness of what does. The conviction that such contradictions will advance culture gives rise to the concept of an avant-garde. Its underlying faith is that human subjectivity, both collective and individual, is self-critical. Because reality as we presently live it—what Tabbi characterizes, in words from Frank, as "living too peacefully in THIS NOW HERE"—is so self-defeating, humans simply must overcome themselves. I can see two ways of understanding Tabbi's reservations about this Hegelian metanarrative, one associated with Lyotard, the other with Wittgenstein.

In Lyotard's famous characterization of postmodernity as "incredulity toward metanarratives" (The Postmodern Condition [1979; translation 1984]), any representation of "an untamed America" or of anything else our culture has "cast out" would depend for its legitimation on Hegel's frame story. However, according to Lyotard, science, technology, and capitalism have obsoleted this way of legitimating innovation. Their postmodern triumvirate has become itself our innovative practice, and their legitimation is not by metanarrative, but by performance. What replaces Hegel's account of transcendence—i.e., special knowledge—is "paralogy," a sequence of new systems subsuming other systems. In other words, there just is no cultural outside. Instead, there is a process of reformulation without historical advance.

Understood against the backdrop of Lyotard's theory, Tabbi's remarks would represent an attempt to recover the novel from this obsolescence. Focusing on the two features that Lyotard attributes to narrative—self-legitimation and a democratizing relation to its audience—Tabbi's criticism of legitimation by special knowledge would be a way of saying novelists have forgotten their strength. To escape marginalization, the novel should exploit its capacity for inculcating shared norms, for making narrators interchangeable with narratees. Instead of self-criticism, fiction needs to engage with the reality its audience is presently living. A revival of narrative would thus mean the return of solidarity.

In Wittgenstein's Philosophical Investigations (1953; translation 1958), by contrast, the very idea of representing some reality outside of culture appears strange. Wittgenstein wonders how we got our desire for it. Like Lyotard, he suspects that science is implicated, that culture seems to us to lack the performance-based legitimacy that science can provide; but unlike Lyotard, Wittgenstein thinks this lack itself lacks performance-based legitimacy.  It's as if we were forgetting something basic. "Back to the rough ground!" he exclaims, suggesting it's a reality within our culture that we don't know. What replaces transcendance for Wittgenstein is the effort to bring words back to their everyday use. Legitimation is a language game as ordinary as any other and has meaning only in particular circumstances. It's these circumstances that Hegel's metanarrative has cast out. Where legitimation comes to an end, there the rough ground begins. That's when we're inclined to say, "This is simply what I do."

Understood in terms of Wittgenstein's account, Tabbi's criticism would be a way of bringing innovative fiction back down to earth. Instead of seeking to legitimate itself by special knowledge, exotic otherness, or outrè subjectivity, novelists should attend to the lived reality that novel writing and reading is. In other words, the difficulty is to see something very, very close to us: a figure, a page, a screen, a font, a syntax, a script. As Tabbi says, dissembling may be fiction's fortè, but a text's difference from itself requires material circumstances that are quite fixed. A revival of narrative would mean a return of the letter.

However, at this point Tabbi's criticism turns paradoxical, for it's Wittgenstein's teaching that this lived reality—the one every representation assumes—is not itself a representation. What must already be happening in order to tell what's happening constitutes representation's repressed:

The aspects of things that are most important for us are hidden because of their simplicity and familiarity. The real foundations of his enquiry do not strike a man at all. Unless that fact has at some time struck him.—And this means: we fail to be struck by what, once seen, is most striking and most powerful.

If these unstruck foundations are what "literally untamed America" looks like, how will we know?

Tabbi is correct, I believe, in associating fiction's marginalization with an obsolete account of its value, and he is also correct to identify that account with innovative fiction's claim of special knowledge. However, his correctness creates a problem, for unless criticism hopes to authorize itself by a similarly dubious knowledge claim, how will either Tabbi or I avoid reproducing the obsolete account? There seems to be a disturbing circularity here, as though one could never know the value of innovative writing unless one already knew the value of innovative writing. I believe Tabbi's critique comes down to this: the capacity of any text to bring its readers into the present must be based on knowledge already present but in such a way that neither readers nor writers are struck by it.

I want to point out briefly in closing that the three convictions Tabbi criticizes are roughly those articulated by Frank's frame narrator, Rob Lawton. Rob's flight from mainstream publishing results from his conviction that American culture has an inside and an outside, that the innovative writer's authority requires knowledge of this outside, and that the goal of innovation is to represent this knowledge to insiders. It is this metaphor of a culture as a delimited space that connects in ultimately fatalistic fashion Rob's search for a cultural alternative with Frank's enactment of a sexist, racist plot. My aim in writing Frank was to disclose the violence of this metaphor, and my hope was that, if any reader ever saw what I saw, he or she would also see freedom literally materializing from the novel's first words. I have nothing to say on the question of whether or not Frank succeeds in its aim, but I will say that, if George Bush ever tries to tell us he simply didn't know the Iraquis would resist Westernization so fiercely, no one should believe him. This isn't what a lack of knowledge looks like.  Even if Victor Frankenstein had read Mary Shelley's novel, he would've done exactly as he did.

. “And Furthermore…”, Electronic Book Review, August 20, 2006, .
Readers wishing to respond to an essay in ebr may send ripostes or short glosses to the journal’s Managing Editor, Will Luers.
PDF 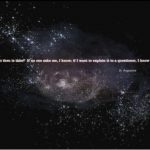 “You’ve never experienced a novel like this”: Time and Interaction when reading TOC