In recent essays Curtis White has expressed his concern about whether contemporary literature can distinguish itself in the noisy new media ecology. He’s pointed out, in “The Latest Word” and elsewhere, that literary publishing has changed from John Murray’s publicly engaged business to become a “high-tech corporate monopoly.” The problem, White correctly claims, is the centralization of the power in the publishing industry. We get fewer and hence more dominated book houses. Fewer book houses mean poorer ground for alternative literature, less literary diversity. That, one cannot argue against. It is of no surprise that White is provoked by how online booksellers, most notably Amazon, are dominating the literary market, and hence the present and future of literature. What is surprising is that White is worried about the digital environment of literature. The web (in general it seems) has suddenly become the bad guy.

It is a pleasure to read White’s works, for a number of reasons. “The Latest Word” is, both intellectually and literarily, provocative and seductive. Take, for example, this excerpt:

The ossification of reputations in Great Traditions is like the summer powwow to which white people flock in their minivans in orders to don war bonnets, paint their faces, and celebrate their genocidal “heritage.”

Further, it distinguishes itself from a lot of other more enthusiastic writings about literature and the web (in that sense we might ask whether White proves himself wrong when he is skeptical, to put it mildly, about literature's future in the WWW).

The title “The Latest Word” is obviously self-reflective, stating that this is the author’s latest word in an ongoing discussion about the devolution of literary publishing and the future of (subversive) literature (an earlier published essay by White is titled “The Last Word”). But it also refers to the advertising language for news, blogs, technology, the music industry, and the dominant part of the book industry that to a great extent has become familiarized and transparent. As White has written somewhere else: “In order to be published by a New York house, the book must act as if it is saying (…) things for the first time” (White 2011).

According to White, book literature is out of options, it is damned. He writes: “The institutions of literature have always worked against the life of the work of art as much as they have worked for it.” In other words, literary critics, canonizing practices etc. tame the subversive potential of literature. In that sense there is nothing new under the sun. It has always been so. So why then this aggression towards the web?

Because White sees the web as dominated by “corporations whose job is basically to create rigid market identities”. Because Amazon is one of the leading corporations on the web. This fact should not be treated lightly. Amazon has in several occasions demonstrated its power to control the book market. We all remember the situation in 2009 when Amazon remotely deleted some digital editions of George Orwell's 1984 from the Kindle devices. The reason according to Amazon was that the editions were illegal copies, but still Amazon showed what they were capable of.  In fact, Amazon's power also concerns e-books in general. Today Amazon has put restrictions on their e-books that prevent the buyer (like the libraries) from loaning the e-book to other readers.

White sees how the book houses have become a threat to change. This situation is the opposite of what Elizabeth Eisenstein argues for in her study of the social and political impact of print in Printing Press as an Agent of Change (1979). Eisenstein shows the revolutionary power of print that was of invaluable importance for the Protestant Reformation, the Renaissance, and the Scientific Revolution. Now the table has turned. The book presses are working against changes and for the rigidization of market identities. As pointed out by Eisenstein, as well as by Walter J. Ong and more recently by Ted Striphas, the press has always been at work with capitalism. Ong sees the book as a technologization of the word and argues that the manufacturing process made the book into a commodity. Given the historically close relationship between the book and the manufacturing processes of capitalism, the situation on the web that White attacks is not where we should focus. Our concern should not be the web in general, but whether what White calls “the Amazonian future” works against literature’s estrangement, and its indifference to fame, critics and canonization.

Rather than a discussion that takes an imagined and exaggerated dichotomy between the book and the web as its starting point, Striphas's book The Late Age of Print (2011) takes an interesting and fruitful approach. He points out that the changes in the literary market need to be seen both as a result of digitalization and as a result of an increased attention to questions concerning economic and business models. The former is a natural process. Literature has always been more than just books, and appears in different media. It appears in gramophone, radio, television, theater, and music, as well as performance on stages and on the web. There is no reason that the computer and the web should be an exception. Striphas' later point is of course more controversial. It is true that Amazon has gained dominance in the market of e-books. Søren Bro Pold (2012), in an article about the literary culture in digital media, points out that this success can be explained through a three-fold strategy: Amazon offers its own electronic reading tablet, they have a flexible software that works for many different reading devices, and its online store is available through amazon.com. The situation of the e-book makes Striphas call for a discussion about the tightened relationship between consumerism, capitalism and technology. Here the book houses’ impact on the authors comes into play.

I believe White stages a healthy skepticism toward the increasing power that publishers, agents and editors govern (as he also expresses in his ebr review of David Shields’ book), and his hostility towards Amazon's increasingly domination in the book market is crucial and urgent. Perhaps it is true that the book industry is less willing to publish literature that is not mainstream bestsellers. Perhaps they tame book literature. And perhaps we won't see a book that wants to blow up Amazon, published and sold on Amazon.

But really? To what extent is the web a prison? Could the situation rather be the opposite, that is, that the web is the solution to the critical situation of contemporary novels? Why doesn't White count for the rich culture of alternative "presses" and directories that have grown up on and around digital literature and art for the last three decades? Digital literature, that is literary works that are published on the web and that must be read on a computer, has established itself as an important alternative to book literature and the book publishing press. It is on the web but outside of Amazon. You’ll find it distributed through its own channels like ELO 1 and 2, ELMCIP and Word Circuits. This is subversive literature, and "externversive" literature since it is outside of traditional literary institutions. Talan Memmott, among others, has made the claim that digital literature is “a war machine resistant to institutional(izing) processes” (Memmott 2006: 304). The subversive power of literature, that White calls for, is easy to detect in lots of new media work.

Just as much as digital literature tries to overthrow literary institutions, it also acts out by trying to turn its own system from within. In a conference paper in 2011, Davin Heckman referred to works like Jason Nelson’s Game, game, game, and again game (2007), Serge Bouchardon’s Loss of Grasp (2010), and Alan Bigelow’s This is not a poem (2011) as examples of digital work that questions the norms of digitality itself (see http://elmcip.net/critical-writing/subversive-writing-and-digital-text). In digital literature's communities there is no agent or editor that corrects taste or governs censorship. There is no Oprah Winfrey or a publisher’s marketing staff that decides what literature is. Digital literature tries to blow up a world, both from inside and outside. It is countercultural, existing in the very same medium that White likens to a high-tech prison house. Digital literature might be White’s natural ally, but here in Whites essay it is as if he's never heard of it.

I share White’s concern about Amazon’s domination, and their monitoring programs that allow them to track readers’ reading habits in a scenario that frighteningly reminds us of a scene from 1984. The information that Amazon receives from such programs includes what, when, where and how you read; it could easily be used to increase their control and domination over the book market. But the web is not the problem, the culture industry is. Instead of taking pleasure and profit in the possibilities that are offered by the web concerning unlimited and free share culture, as pointed out by Pold (2012: 23), the culture industry – software producers, the gaming, music and film industry, and the book houses – fights back to secure and expand the basis for their economic growth.

Digital technology and the WWW make a potential threat against the traditional commodity economy. In the traditional book market, supply and demand determines the prices. On the web this is not necessarily the case. The web outside of Amazon facilitates a marketplace based on free low-cost sharing, copying, and distribution. Digital literature and art are inventing and re-inventing the Internet as a literary and aesthetic medium. It is a counter voice in the noisy new media ecology, and it might be the most likely thing that can save literature from market-oriented book houses that evaluate books by potential profits.

White, Curtis 2011: David Shields’ Reality Hunger: A Manifesto: A Review in the Form of a Memoir. In ebr: www.electronicbookreview.com/thread/fictionspresent/hungry

. “Can the Web Save the Book? A Reply to Curtis White’s The Latest Word”, Electronic Book Review, August 5, 2012, .
Readers wishing to respond to an essay in ebr may send ripostes or short glosses to the journal’s Managing Editor, Will Luers.
PDF

other essays by 222
Hans Kristian Rustad 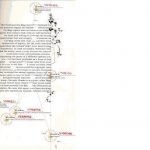 Pierre Menard with a Pipette: VAS and the Body of Text 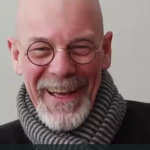 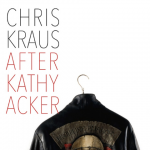 Of Myth and Madness: A Postmodern Fable

Notes from the Middleground: On Ben Marcus, Jonathan Franzen, and the Contemporary Fiction Combine