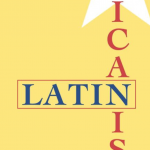 Roman de la Campa's Latin Americanism is a well-informed, though somewhat eclectic, introduction to and summary of many of the most important tendencies, theories, and theorists within contemporary Latin American studies. The book is comprised of six chapters, each dealing with one or more concepts or schools of thought in Latin American studies including: Nestor Garcia Canclini's theory of hybridity, Fernando Ortiz's notion of transculturation, Angel Rama's "Lettered City," Antonio Benitez-Rojo's concept of performance within the Caribbean context, and, more broadly, the debates (and caveats) of the discourse of globalization. Many of the chapters were previously published as articles, which makes it somewhat difficult to review Latin Americanism as one coherent book.

The author attempts to locate the point of departure, and more importantly, the locus of enunciation, in Latin American studies, while at the same time engaging with many mainstream poststructuralist theories. He positions himself as a scholar who recognizes the important possibilities of poststructuralist thought, yet remains aware of poststructuralism's primarily European origins and the problematics involved with applying these theories in a Latin American context, which risks the suppression of local specificities. Roman de la Campa writes that he seeks to "unearth the political implications often ignored by this theoretical legacy as it manifests itself through Latin Americanism" (vii). The theoretical legacy he refers to is deconstruction and its related metanarrative critiques. This is partly done by the conceptualization of what he calls "episthetics," i.e., an "interplay" of epistemology and aesthetics. He explains that this practice has developed from the legacy of deconstruction and that his goal is to "rehearse a critique of the preferred episthetic moves within literary Latin Americanist practices today, how they inform and authorize many other methods and theories that go under different names, including, of course, postmodern and postcolonial epochal constructs" (vii).

While valuing deconstruction's importance, Roman de la Campa believes that as a critical methodology deconstruction has become "insufficient" and exhausted. His objective, therefore, is to demonstrate how "deconstructive modes of literary analysis collude or collide with this apparent dead end in the context of literary Latin Americanism... [and] to traverse its unsuspected blind spots within Latin Americanism" (viii). I'm uncomfortable with de la Campa's description of deconstruction as "the most significant method of critique behind postmodern, postcolonial, subaltern, and cultural studies approaches" (vii). This thesis is questionable for it exaggerates deconstruction's critical impact, and in a book that already attempts to accomplish a veritable number of tasks, it only diminishes the strength of the text's primary arguments. Subsequently, the book tends to oscillate between a reassuring discourse about the importance of deconstruction and a paranoid discourse regarding the conflation and collusion of other theories with deconstruction. Nevertheless, the author is at least self-reflexive about his contradictory relationship to Derrida.

Although many of Roman de la Campa's critiques of theories are sophisticated and nuanced, he sometimes falls into a more totalistic view of theory; for example, he critiques Garcia Canclini's notion of hybridity for failing to address gender issues - "Garcia Canclini's strategies of reconversion have so far failed to account for women's roles and women's issues in particular" (73) - and interrogates the "blind spot in transculturation, most particularly its failure to engage Latin American feminism and women's writing" (65). De la Campa's repeated use of the term "blind spot" (as if any theory could ever function without one) seems to presuppose that all theories should act as representational totalities. It is ironic to find this expectation in a text that characterizes itself as being wary of the hidden politics of poststructuralism and the rhetoric of globalization. Making a text/theory dialogue with another text/theory can often produce fruitful results; however, this is very different from imposing an obligation on theories to cover all facets of all debates, be they race-, class-, or gender-based.

In the last chapter, de la Campa moves away from the discussion of Latin Americanism and concentrates on the apparent resonance of poststructural theory and "the cultural needs of global capital on a larger plane" (xi). Again, what is presupposed here is more interesting than the argument itself: that academia actually provides something that "global capital" lacks. On the contrary, it may be more accurate to say that academia submits to global capital in order to survive. Furthermore, academia, where the bulk of poststructuralist theory circulates, does not fulfill cultural needs as it perhaps did a century ago. In short, the author acknowledges the enormous economic and social changes that occur in dynamic societies but seems to have a rather stagnant, idealistic view of academia. Nevertheless, the strength of the chapter lies in its well-informed summary of various Latin American debates on the relationship between poststructuralist theories and the rhetoric of neoliberalism and globalization (Martin Hopenhayn, Beatriz Sarlo, Nelly Richard).

To conclude, Latin Americanism belongs to an important category of books coming out of the Latin American field that flawlessly slip from Garcia Canclini to Ernesto Laclau, from Angel Rama to Michel Foucault, and from Fernando Ortiz to Homi Bhaba, Spivak, and Glissant. Thus, in form and content, the book performatively situates Latin American critical discourse within those of the world's metropolitan centers, something that has long been denied to Latin American studies. The ultimate objective of many of these texts is that Latin American cultural production will cease to appear as just a repository of literature (read: raw material) to be processed by the hegemonic metropolitan centers to the North.

A few recommended texts within the same category (in which the locus of enunciation is from Latin American Studies and the specificities of the Latin American context are brought to the fore) include: Alberto Moreiras's The Exhaustion of Difference (Duke, 2000; A sophisticated application of poststructuralist analysis to the contemporary Latin American critical scence, by one of the leading scholars in the field); John Beverley et al., The Postmodernism Debate in Latin America (Duke, 1995); George Yudice, et al., On edge: The crisis of contemporary Latin American culture; Enrique Dussel, The Invention of the Americas (New York: Continuum, 1995; which presents a very intriguing argument - that the rise of European modernity was not the result of a great accumulation since the Middle Ages, but of Europe's new managerial position after the discovery of the New World); Walter Mignolo, The Darker Side of the Renaissance (Michicag, 1995; a tour-de-force study of alternative writing systems as well as a deconstruction of the Eurocentric notions of writing, and ultimately, civilization); and Angel Rama, The Lettered City (Duke, 1996; a fascinating engagement of colonial studies in light of the technology of writing and Foucauldian epistemology).

Shenassa, Shirin. “Materialities and the Raw Material of Latin Americanism”, Electronic Book Review, December 30, 1999, .
Readers wishing to respond to an essay in ebr may send ripostes or short glosses to the journal’s Managing Editor, Will Luers.
PDF
This essay was peer-reviewed. 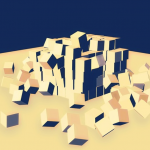