Reflection on the two titans of entertainment and enlightenment.

The twin towers of The Beatles and The Beach Boys cast a formidable shadow over my adolescent circumstances. So I suppose it comes as no great surprise to me that, some thirty-plus years hence, I should yet again be a party to a pair of observations regarding these two Bs. And they both occurred within days of each other, somewhat mimicking the release schedules of the two combos back in the sixties.

The first pertains to The Beach Boys - or, more specifically, to Brian Wilson. It's a fact of little consequence, but some degree of humor, and pertains to the photo on the back of his new album, Imagination. From the first time I set eyes on it, Brian looks for all the world to be none other than Jack Lord. Perhaps it's the lock of hair fallen forward onto his forehead; a not uncommon occurrence for the erstwhile (and currently deceased) "Hawaii Five-0" star. Or maybe it's the islands in the background that get me thinking about our near-tropical state. At any rate, everyone I've pointed it out to now also sees it as such.

The item I find much more compelling is something that my wife Barbara noticed. This discovery owes its existence to our three-month-and-counting Scrabble jag. Giving credit where it's due, I'm calling this the Barbara Price Scrabble-Beatles Parallel. On the one hand we have the Beatles: John, Paul, George, and Ringo. Those names roll off the tongue in that precise order. Reduce them to their initials and you have J, P, G, and R. Now, moving over to the Scrabble tiles, we see that the values for those letters are as follows: J=8, P=3, G=2, and R=1. What makes a parallel between the game and the band is that many people's view of the relative value of each member in the quartet mirrors the Scrabble values assigned to each of their initials. Well, the gap between J and P is a bit too big perhaps - but what can you do? This is as close a parallel as can be made between these two titans of entertainment and enlightenment. And it's comforting to know that as the years roll by there are always new discoveries to be made, quite often just laying right in the open, waiting to be pointed out. 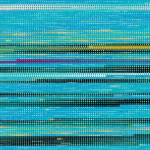