In the fall of 1997, with the launch of ebr version 2.0, ebr editors Anne Burdick and Joseph Tabbi introduced a weaving metaphor to describe the journal interface. Three years later, Burdick sent in the following proposal for ebr 3.0, an entirely new version that enacts the metaphor using database technology.

(I've copied this to Mark and Steve who might be interested in listening in on the discussion - Hi Mark! Hi Steve!)

I had a fruitful and interesting discussion with Ewan yesterday. He's going to pull together some time estimates and costs for re-working the interface and building the database. You know, he's the perfect collaborative partner for this - he not only knows how to build the stuff, he thinks the dynamic activities through from a conceptual standpoint, and he's familiar with the issues involved with scholarly publishing. He's also attempting to create a hybrid practice that includes academic and art projects alongside commercial projects. He's a brother. I think that between the three of us we can come up with a provocative way to reconceive web publishing.

Here are some random notes that came out of the discussion. Hold on, it's a wild ride:

(I use "essay" as a stand-in for whatever the discourse unit is - visual projects, reviews, essays, experiments, designwriting, diatribes, categories yet to be named...)

As a logical outgrowth of the environment, production issues, and the evolution of the thematic content of the site, the tri-annual, mono-themed issue just no longer fits. It speaks of its birth under a print paradigm. (and it's cumbersome to make with a volunteer-only base)

ebr requires an organizational/publishing logic that better reflects the dynamic capabilities of the medium in conjunction with the editorial direction.

We propose building a machine that will make updating simple and in some ways a "natural" part of the editing process. With each update/editorial gesture (and perhaps reader's gestures), the machine will generate an interface which, according to its assigned logic and parameters, could reflect emerging patterns of use, interest, and editorial intentions.

The new design will take the textile metaphor and conceive of each individual essay as a thread that interweaves with other essays and themes.

The interface is a fabric comprised of these threads - the visual patterning is a result of the ways in which they are organized - their affiliations, connections, and the hierarchy of filtering concerns.

The interface will be a dynamic site map (and archive) in which a representation of every single essay is visible at all times - each essay's appearance is a representation of its position within the site as a whole (in relation to other units, themes, time, user interests...)

What we want to create is a dynamic database structure that operates according to the following procedure: Simply, as the editor/s edit, each decision has a "rippling" effect throughout the site (map), as it is represented through the interface. As each essay is added to the database, the editor installs the essay, creates links within its body, then answers a few questions in terms of the essay's affiliation with other parts of the journal (mostly with other essays or themes). Dynamically, the representation of the new essay finds its place within the weave.

Once the machine is built (it's really an application but I like calling it a machine), updating obviously becomes much simpler. Ideally I'd be designing myself out of my job as it's currently defined. By taking this interface beyond simple representation of content and editorial intentions we can see what the activities of the site LOOK LIKE when they are mapped dynamically.

So here's where the bigger questions come in: which activities or affiliations are interesting to map? Which patterns do we want to see emerge? In order to make the interface feel alive and not like a static representation, it's got to respond relatively frequently to changing conditions.

Maybe I should back up and pose some really basic issues:

- What does it mean to publish in such a manner - erratic publishing dates for new contributions, or just a different calendar (?)
- smaller portions, even individual units published at a time (no critical mass? individual attention?)
- all essays "current"?
- conceptually, the journal becomes a whole, its past is its present
- the growth, history, and activity of the journal actively contribute to its appearance
- this issue of the journal being whole - the journal itself becomes a corpus, a library, a larger work built of inter-related parts - are we making the whole too dominant?
- nothing is replaced by more current versions
- greater continuity between themes (?)
- opportunity for reconfiguration
- new themes can emerge from "old" themes
- opportunity to keep debates "alive"
- greater hypertextuality?

Additionally, as we were thinking it through, it became apparent that the role of the reader must be incorporated in some capacity (both from a theoretical standpoint and from the standpoint of thinking what this interface might tell us about the activity at the site - activity beyond the display of editorial decision-making alone). The interface could respond to/reflect reader paths, reader interests (popularity), new connections made by readers. In fact, Ewan proposed a really interesting idea - the interface might even begin to reorganize the connections and groupings in ways other than those intended by the editors. The visible relationships would reflect the intersection of editorial interests and reader interests.

So this brings us to another set of questions: What do we want this thing to say? Which organizational logics / categorical subdivisions are interesting to us? Which territories do we wish to map? Here are only a few possibilities:

So, Joe, what do you think? It's all very abstract and I think we've got to show you stuff so that you have something concrete to respond to.

The main issues that we need your feedback on are:

- rethinking what the interface can tell us about the activity of the journal beyond listing contents in a conventional manner (or in addition to... which of course reveals the constructed nature of conventional contents.

listings - one choice among many possible mappings)

We await your response! (and any feedback from all listed contributors) Forward this, Joe to others who you want to have in on the discussion.

Now on to publishing ebr10.

. “New ebr Interface”, Electronic Book Review, November 16, 2001, .
Readers wishing to respond to an essay in ebr may send ripostes or short glosses to the journal’s Managing Editor, Will Luers.
PDF 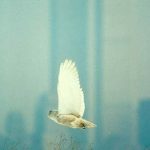 Learning to Wish for More 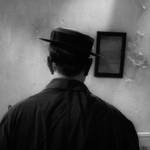