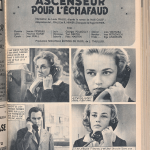 A riPOSTe to: Photo Narratives and Digital Archives; or: The Film Photo Novel Lost and Found

In response to Baetans's essay, David Roh sees an occasion for moving digital literary studies beyond the archive toward a a living repository of anarchistic, ongoing communitarian activity with a "resurgent cultural impact."

Community, or to be more precise, a discursive community, is paramount to a web site's viability. The Internet is rife with the digital detritus of abandoned venues whose community has moved on. As I read Jan Baetens's piece on a collection of intermedial artifacts, in this case the Film Photo Novel, I couldn't help but wonder what determines the viability of these sites—is it the artifact or infrastructure?

Baetens makes a few claims regarding the Film Photo Novel that I summarize here: first, archived works are transformed by their incomplete nature; the spatial rearrangement of these works lends to a kind of narrative change; and that there is a built desire for the original paper materiality. Second, the archive positions the Film Photo Novel as a standalone cultural form rather than an ancillary media artifact in service to the original film. And third, this rediscovery by way of the Internet may inspire new cultural forms and practices.

Regarding his first claim, I find the Film Photo Novel's medial mixture quite fascinating, and I'm curious to read a more extensive analysis of its form and history—something that his forthcoming book undoubtedly mines in depth. Relatedly, I'm willing to concede his second point, since the Film Photo Novel has aged enough to become a historical artifact and form that is no longer dependent on its source films. But it's Baetens's third claim—the inspiration of new cultural form—that I find most intriguing, and want to interrogate with respect to the term archive and digital culture.

The central question is what distinguishes the Film Photo Novel and its digital repository that inspires revisiting of its now-obsolete cultural practice and subsequent dialogue? What is it about the object, with its strange conceit that is no longer relevant but once enjoyed mainstream popularity, which lends itself to being revisited? Baetens's essay hints at something more than the simple fact that material has been collected and digitized in a rogue archive.

Baetens posits that the Internet allows collectors of Film Photo Novels to rediscover and repurpose a lost cultural form; and he also notes that it would be a mistake to present these 'rogue' efforts to restore a lost culture in terms of mere 'recovery'…. a rogue archive is also a dramatically performative and productive environment, in which new worlds come into being. To that end, he refers to the Film Photo Novel collection not as a mere web site, but a rogue archive that is performative and productive. But what makes it so? Abigail DeKosnik's definition offers a hint in what the rogue archive is not:

I define rogue digital archives as Internet sites that can be accessed by all online users, with no paywalls or institutional barriers; that allow all content to be streamed or downloaded in full; that do not delete, hide, or edit content based on copyright holders' allegations of legal infringement or for any other reason; that are committed to the persistent publication and long-term preservation of all content that they store; that have search-and-retrieval features so that users can locate specific texts; and that have either weak ties or no affiliations with traditional memory institutions such as government archives, university libraries, and brick-and-mortar museums. (18)

In other words, a rogue archive sits outside existing structures of power, economic order, and hierarchy. In fact, it is not an archive in the traditional sense; it is a repository designed to spur dissemination of material to spark cultural dialogue. Kate Theimer observes in her incisive essay, Archives in Context and as Context that an archive is sine qua non with an organization invested in preservation and provenance (Theimer). Therefore, in this case archive is a misnomer; it is a repository built by outsiders with the express purpose of engaging in cultural dialogue.

I wonder if we are better served with a label other than archive, one that better reflects a predilection for immediacy, engagement, and refractive distortion. I would posit that the community that emerges around the artifact and repository, as well as its attendant discourse, is what sustains the Film Photo Novel repository, and others like it, and determines its resurgent cultural impact. Whether that is in the form of an active message board, artistic reinterpretations, or a broader network of alternate repositories, a discursive relationship is paramount.

. “Riposte to Jan Baetens, Photo Narratives and Digital Archives, or The Film Photo Novel Lost and Found”, Electronic Book Review, July 1, 2018, .
Readers wishing to respond to an essay in ebr may send ripostes or short glosses to the journal’s Managing Editor, Will Luers.
PDF 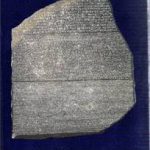 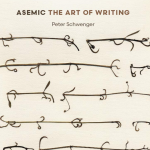 “Tracing the Ineffable”:a review of Peter Schwenger’s Asemic: the Art of Writing 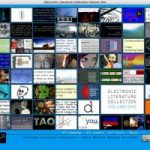