Diane Goodman on the anthology that helped put the term "postfeminism" into circulation.

Reviewers ask, what is chick-lit? What is postfeminist fiction? They are annoyed when the editors of this new anthology, Cris Mazza and Jeffrey DeShell, fail to answer those questions adequately (or obviously) in their separate introductions. But if we are capable of reading the book, aren't we capable of figuring out what its titles and introductions might mean?

Chick-Lit. A hyphenated word. If you say it as a spondee, accenting both syllables equally, it's a very hip term - confident and cool: this is "lit" by chicks. Read it.

If you say it as a trochee, accenting the first syllable, you get a term even more reductive than the slang term Chick that replaced Broad and Babe in the evolving spectrum of demeaning endearments. What you get is a baby chicken.

If you remove the hyphen and say it as one word real fast you get a more powerful meaning; this is especially true if you ignore the first three letters.

Finally, you might be thinking of those tiny brightly-colored squares; if you put enough of them in your mouth, you'll get a wad of chewing gum.

The colon after Chick-Lit indicates a definition is about to be presented: Chick-Lit is Postfeminist Fiction. Whew. But then you wonder, what does that mean? There is no hyphen: this fiction is not just feminist, it's postfeminist. Unfortunately (or not, as we may determine later), the prefix post has several meanings: after, subsequent, subsequent to, behind, posterior, posterior to, later than. Although the differences between some of these meanings are subtle, we wonder: is this book after feminism or behind it? Is it posterior to feminism, or is it subsequent to feminism, which implies more of a relationship? Or is post supposed to do what so much language does naturally: evoke all the meanings?

The notion of Chick-Lit: Postfeminist Fiction is perplexing (and the cover of the book it names doesn't exactly provide an uncluttered avenue toward enlightenment), so the next step is to enter the book itself. Here you find yourself confronted with another title - On the Edge: New Women's Fiction Anthology. Now you must start again.

Another colon, another potential definition: New Women's Fiction is on the edge. But on the edge of what? Postfeminism? Fiction in general? Madness? A breakthrough? And being on the edge implies not yet having made the choice to return to the previous state or to jump.

And what does New Women's Fiction mean? I remember the term "The New Woman" from the Sixties; she was the liberated woman, but those terms have been absorbed into so much current feminist language that they seem archaic now. Perhaps it refers to the fiction itself but if so, is it the fiction we've always known by a new breed of woman or is it a new breed of fiction by the women we have always known, been?

Reviewer and readers then turn to the editors' introductions looking for answers. And what happens? They are disappointed because Mazza and DeShell don't provide clean and clear definitions of their titles in their respective introductions, "What is Postfeminist Fiction?" and "Over the Edge: On Being a Male Editor of a Woman's Anthology." What's a reader to do?

Read the book. The whole book. Certainly, individual pieces respond to various levels of what Chick-Lit might mean, what postfeminist fiction might be, what it means to be on the edge, etc. But as a whole book, it draws itself back to the network of associations that all of the titles form (except, perhaps, the gum).

Chick-Lit is hip, stylish, confident, and sharp - it's also honest and very brave. It battles and conquers the term Chick; it explores, explains, sometimes gives into and sometimes blows away the notion of a chicklet, trapped by birth to imprint its parents; it is sexual and sensual in dear or savage or shocking ways. And it proves itself structurally, lyrically, and formally as lit-erature.

The anthology calls up all of the subtle differences in the prefix post and introduces multi-leveled ideas of feminism - it's historical, political, social, economic; it's funny, sad, dramatic, mean, indulgent, moving, scary. It's about mothers, daughters, wives, lovers, partners, victims, heroes, whiners, friends, Dorothy in Oz. By being so inclusive, it signals an end to an older feminism in the meaning of post as epoch as well as shooting off new tendrils by calling on post as subsequent to - and dependent upon - the feminism we may know now.

This collection of fiction draws from the past and addresses a future that forces us to confront a new array of situations as we move toward the year 2000: it is on the edge. And it is new in every sense: new writers, established writers doing new things, new characters handling age-old conflicts in new ways. Many of these characters don't feel compelled to choose a single way to be: they don't feel the ultimatum to give in to tradition or to break completely away. The characters are a study in contrasts at once - brave and terrified, clear and confused, beautiful and ugly, smart and stupid, mean and kind.

And this is new fiction in much of its form and voice and content, proudly on the edge of the genre - making use of standard fiction practices within original reinvented forms that accommodate new messages, meanings.

The Publishers Weekly review said some of the pieces fail to "soar above banality"; I mean this sincerely when I say I know mine is one of those. After I had read the book and thought about it as a whole in the context of its titles, I realized that while my subject fit into some of the categories the titles imply, it wasn't really Chick-Lit in the way the other pieces are. I didn't take a big enough risk. I didn't allow my character to be what she really is: someone who wallowed in guilt and liked it; who really cared only about herself; who hated her own mother and blamed her erroneously; who gave things that were easy to give; who was a fraud and knew it and knew that the poor woman receiving her ridiculous gifts knew it too. I let her believe in her own dishonesty because I was scared when I should have been fearless, had guts. Chick-Lit has guts. And so do Mazza and DeShell. They should be applauded for not giving in to the urge to be authorities. The work in this book cannot be confined to a label with an easy definition and that, I think, is what the titles and the introductions were trying to say.

. “What is chick-lit?”, Electronic Book Review, September 1, 1996, .
Readers wishing to respond to an essay in ebr may send ripostes or short glosses to the journal’s Managing Editor, Will Luers.
PDF 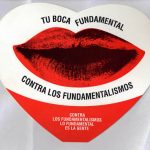 Global Politics and the Feminist Question