In this November issue we’re excited to present a book review, an essay, and an interview that explore how language can provoke, challenge, and dissent, and how these capacities are propelled by the affordances of digital media.

In Aden Evens’ review of Broken Theory by new media artist and theorist Alan Sondheim, Evens explores Sondheim’s eclectic and stylistic meditations on the limits of philosophy, language, and code, expressed through the author’s hybrid art and research projects.

In “United Forces of Meme in Spontaneous Netprov,” Anna Nacher explores the emergence and spread of the viral hashtag “Kralovec,” a satirical Czech language meme protesting the Russian annexation of Ukrainian territory in September 2022. In discussing the social and political impact of memes as collaborative sites of making meaning through media, Nacher analyzes the “creative frenzy” that emerges when protest becomes memetic.

Lastly, we would also like to remind you that Issue 03: Counter-Works of The Digital Review, edited by Carlota Salvador Megias and Ian Hatcher, has a call for works that is NOW DUE Wednesday, February 1st, 2023. Submit using this form. 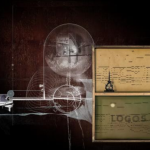