Eric Zimmerman describes his interactive paper book as "an inverted exquisite corpse," and although a digital version of the book would be easy to produce, he argues that an electronic edition would not produce as meaningful an experience as the printed volume.

Shuffle the pages. Without looking,

Select five pages and place them

Between the covers of the book.

Then read the story.

- from Life in the Garden

Life in the Garden (1999) is an interactive paper book I created with graphic designer Nancy Nowacek. The fifty or so pages of the story are cardlike sheets to be shuffled, picked, and placed between the covers of a tiny book, temporarily creating a story. The first page ("Adam, Eve, and the serpent lived in the garden") and the final page ("The End") are always the same, but the rest of the text and images are selected and ordered randomly.

Coherence Out of Chance

For example, here is a story that Nancy created (and then photographed) by following the proscribed instructions:

Despite its randomizing mechanism, Life in the Garden creates a coherent tale with shape, focus, and closure nearly every time it is read. More than just sets of themed parts, the stories are narratively surprising, highly particular, and often read like philosophical fables, complete with a moralistic conclusion.

The text and format of Life in the Garden was written while I was in graduate school, and the book was published several years later. Even from my early handwritten prototypes on index cards, the project was conceived as an experience, and I was lucky enough to have Nancy Nowacek bring her visual and product design smarts to the endeavor. Our goal was to create a magical object that would feel like an artifact from the rabbit hole, a private and precious book in the fashion of Maurice Sendak's tiny volumes of the Nutshell Library.

Life in the Garden was not the result of analytically plotting out content to form. It emerged organically through a process of constant prototyping and playtesting, modifying and refining the format and writing - and later, the images, layout, and packaging. Some of my design strategies included the following:

The garden of Eden is a set of characters, situations, themes, and ideas that are incredibly pregnant with meanings and possible interpretation. Members of the cast (Eve, God, Adam, the serpent, and the occasional anonymous angel) can be invoked without resorting to backstory exposition. By writing into a story-world that already exists, I take advantage of the reader's presumed knowledge of that world, and the personal meanings that the reader brings.

Creating the text for Life in the Garden was part storywriting and part building-block design. Like a set of LEGO bricks, the pages are modular and must work well in any configuration. Any individual page needs to be able to function as a first page, as an ending page, or as something in the middle. At the same time, the content of the pages must add up to an expressive and varied experience.

Part of the "sense" of a Life in the Garden story results from a limited number of content themes that are repeated often. Sleeping and dreaming, the time-based processes of nature and their inevitable decay, and the mythologized origin of writing and naming occur throughout the pages. Chances are that in any given story, themes mentioned on some of the pages will overlap.

The pages are a set of ingredients for a procedural stew, and the parts had to be balanced to result in a properly variegated texture each time. My playtesting process resulted in a very specific ratio of "short" one-line pages, "medium" pages with two or three lines, and "long" pages of several lines. Themes and content were also parsed carefully into the mix. For example, by only including a handful of genuinely perverse incidents (such as the serpent crawling up Adam's anus) these pages retain their pleasurable surprise, even upon repeat reading.

A Garden of Meaning

• through the designed text and images;

• as a system physically manipulated by players;

• and by way of the biblical myth that is the setting of the stories.

On all three of these levels (there are certainly many more), the player/reader actively participates in the creation of meaning. By "meaning" I am describing two things: first, the raw process of signification by which signs are given linguistic or other value; and second, the idea of "meaning" as heartfelt or personally meaningful. These two senses of meaning for me are intertwined and simultaneous in the experience of Life in the Garden. They parallel the two understandings of meaning that Katie Salen and I explored in the concept of "meaningful play" in our book Rules of Play (2004).

As a handheld narrative system, Life in the Garden is reading as slight-of-hand, a magic trick where the winking magician and the pleasantly deceived audience are one and the same. The player fills the gaps and ambiguities between the pages with meaning, completing and enlarging the statements that emerge from the designed elements.

For example, consider the text of the following two Life in the Garden pages:

So Eve tickled Adam and he laughed.

God was not pleased.

Encountered in succession, as they are here, it is nearly impossible for the reader not to create a causal relationship between the two statements. What was it that displeased God? Was it the tickling? The laughing? Something implied by such intimate behavior? Or perhaps the events on previous pages?

The reader, stumbling across these narrative fragments, invents ways to connect them, imparting to them additional meanings. Woven together with the pages that come before and after, the images that face each page, and the larger associations of the Eden myth, the experience of Life in the Garden takes shape as a dense net of signification that changes - literally - each time it is read.

The formal structures and content of Life in the Garden could easily be reproduced as a digital work - say, for a personal computer - but it would lose what makes it distinctively compelling. Projected on a monitor and manipulated by a mouse, without the ritual of shuffling and selecting cards, without the intuitively tactile understanding that comes from holding the entire system in-hand, it would simply not work. Excluded from the generation of meaning by hidden black boxes of algorithmic processes and content databases, the participant would no longer have the sense of making meaning, and would simply be a witness to a clever confection of randomized story. The failure of Life in the Garden in this hypothetical context is an essential lesson for digital media storytellers.

Life in the Garden is out of print. Although I often get inquiries about purchasing copies, they are simply not available. However, this story has not ended just yet. Nancy and I are, after many years, beginning to work on several more decks of stories for a future as-yet-to-be-determined publisher. As I write this, prototypes for future versions based on fairy tales, abstracted narratives, and stylized situations from everyday life are taking shape. From Life in the Garden, it seems, many more meanings have yet to emerge.

Zimmerman, Eric. “Creating a Meaning-Machine: The Deck of Stories Called Life in the Garden”, Electronic Book Review, January 22, 2008, .
Readers wishing to respond to an essay in ebr may send ripostes or short glosses to the journal’s Managing Editor, Will Luers.
PDF
This essay was peer-reviewed.

other essays by
Eric Zimmerman 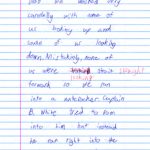