First things first: it needs to be said that Gonzalo Frasca is fighting the good fight. I completely agree with and wholeheartedly support his general goals, which I might grossly paraphrase as the following:

· To improve our understanding of and critical vocabulary for analyzing, playing, and creating games.

My favorite aspect of the essay is that Frasca actually proposes specific design strategies for realizing these goals. His pragmatic synthesis of theory and practice is a rare delight in the mushy swamp of new media criticism.

I am underscoring my support of his goals to clue you in that the criticisms that follow are coming from the heart. I'm not the enemy: I'm the loyal opposition. The engine which fuels my critique, more than anything else, is an earnest desire to see Frasca's ambitious goals realized. For as theorist and practitioner of game design, they are my goals as well.

Frasca begins his essay by putting a series of questions to gaming, an interrogation which ends with a statement that the medium "is still far away from becoming a mature communication form that could deal with such things as human relationships, or political and social issues."

Perhaps that's true. But his implicit, unstated idea here is that games are somehow uniquely suited to "deal with... human relationships, political and social issues." But why games and not some other cultural form? For example, if Boal's work has already "created a Third World, non-Aristotelian version of the Holodeck," then what's the need for games to do the same?

Frasca's complex interweaving of simulation, narrative, game, and representation does begin to sketch out some answers to this question. But the essay stops short of actually drawing a necessary connection between gaming and the representation of social issues. It's not that I disagree with his implicit claim; it's that many of the criticisms I have for his proposed designs emerge from an ill-defined positioning of the phenomena of games with the ideological and social issues Frasca would like them to "deal with."

As I stated earlier, I am quite taken with the fact that Frasca bundles actual game concepts into his piece. But in fact, games are already providing the kinds of experiences Frasca describes in his two examples of "videogames of the oppressed." The next two sections of my response focus in on these two game concepts.

Even though Frasca claims that his proposals are merely "illustrations" rather than "blueprints," I'm not going to let him slip out of my design criticism so easily. In my experience, concrete game design plans begin life as general concepts, so why not help him refine his design strategies at this early stage? My response takes the form of comments that try to tease out disjunctions between Frasca's stated design goals and the actual design concepts themselves.

In "Forum Videogames," Frasca recommends using Pac-Man, Space Invaders, and Street Fighter as starting points for the design of new games. But these titles are hardly neutral ground for the kind of personal expression Frasca envisions. There are powerful cultural ideologies already completely infused throughout these games, from Space Invaders ' xenophobic invasion of the Other to the capitalist fantasy of Pac-Man, in which sustenance, power, and the enemy are literally consumed in the course of the game. These ideologies are embedded in the actual gameplay structures of the games he mentions, at the very level of "simulation" which so interests Frasca. And ideology is part of what Frasca wants his Forum Videogames to tackle. Given his agenda, it would seem necessary to understand and incorporate these ideologies in whatever exercises Frasca's participants would undertake.

If, as I believe, existing digital games are riddled with ideological baggage, why not use one of the many open-game creation systems commercially available? Zillions of Games (http://www.zillions-of-games.com) is a software package that lets users design the art and create the rulesets of turn-based multiplayer games. Adventure Game Engine (http://www.twilightsoftware.com) lets players script complex multimedia adventure games. And Game Maker ( http://www.cs.uu.nl/people/markov/gmaker/index.html) is a free software package that lets players create action games. Similar non-digital game exercises exist as well, such as STARPOWER, a classroom exercise which explores power, economics, and society though the programmed breakdown of social game rules [Ellington, Addinal, Percival, 1982].

It seems to me that Forum Videogames isn't a problem of software design - it's really a question of curriculum design, of integrating the kind of personal expression and collaboration that might be found in an art class into a more technological environment. Given that plenty of ready-made tools already exist, if Frasca wishes to provide a scenario for the use of games to "discuss real life situations," he should focus less on technological manipulation and more on the actual classroom. For example, how are the students in his scenario introduced to this new way of thinking about games? What is the therapeutic methodology through which they frame their problems? How are the inter-student collaborations structured? And how are the games deployed for impact outside the classroom: not in the fuzzy expanse of the Internet, but in the actual school where the trouble is taking place?

Simulating characters in The Sims

In his second proposal, Frasca seems to exhibit a fundamental misunderstanding of the way that games function. Near the beginning of presenting his Sims-based "videogame of the oppressed," he laments the many "constraints" of The Sims. Actually, constraints are the raw material out of which games are made. This misstep leads to other problems.

While Frasca admits that the consumerist ideology implicit in The Sims is "disturbing," he seems to leave it at that and then move on. But an agenda of this sort, embedded in the very deep structures of a game, is not so easily sidestepped. As Frasca establishes in the first section of his essay, one of the key features of games is their status as simulations, as complex dynamic processes. And given his overarching goals, the ideologies he identifies in The Sims (and that I identify in the Forum Videogames) need to be incorporated as key aspects of his critique and his design strategies.

Despite his impulse to crack open the code of The Sims to give players control over the game characters, in fact the game already provides this feature to a limited extent. When characters are created, the player gets to define not just their visual appearance but also in fact their personalities, by manipulating sliders that represent traits like niceness, playfulness, and tendency to be active. Furthermore, the behavior of a Sim character is in many ways a function of the objects that surround them. Do you want to simulate substance abuse? Provide a character with coffee and no other kind of nutrition. If that's not "realistic" enough for you, change the artwork so that the coffeemaker looks like a wetbar and tweak the effects that the substance has on a Sim that ingests it. And yes, this all can be done with free existing tools (see comment 5 below).

Comment 4: Don't take the play out of the game

In "Simulating characters in The Sims," Frasca is in effect proposing that players have much more exacting and granular control over character behavior. But what he does not seem to realize is that if players could literally script character behavior as he suggests, The Sims would lose its sense of being an "enjoyable game," as Frasca himself puts it. The fact that players do not have direct and omniscient control over the characters is exactly what makes The Sims so appealing. Playing The Sims means building characters and their lifestyles, as players struggle within the game system to create the scenarios they desire, balancing economies of dwindling time and money, fuzzy character behaviors, and limited architectural space. Struggling within and against constraints is what generates the play of a game. And removing these challenges in the name of player control would rob The Sims of its fun.

Beyond the ways that players affect character behavior in The Sims, the community of the game's fans is already using The Sims to "deal with such things as human relationships, political and social issues," to quote Frasca once again. In the incredibly robust fan ecosystem of The Sims, some fans actually program software tools that let other fans design new objects and characters for the game, which are then distributed on the websites maintained by other fans, finally to be downloaded and used by the community as a whole. The result? Players of The Sims use the program as a kind of storyboarding tool, creating complex narratives that include highly personal stories about serious topics like domestic abuse and alcoholism. While these photo album narratives aren't explicitly what Frasca envisions, they constitute at least as meaningful a form of game-based personal expression than the behavior-swapping BBSs that Frasca outlines.

Responding to Frasca was a challenge. It is easy to sympathize with the goals he advocates: who wouldn't want this nascent pop culture medium to begin to address more complex social issues? So in offering strong criticisms, I risk sounding like a heel. But as I stated clearly at the start, I do not disagree with his general agendas. My aim in this response is to offer advice that will refine his approaches to solving them.

Frasca seems to think that the main obstacles with his two game concepts are technical: that they are difficult to implement and that they would involve complex programming on the part of players. But as I've tried to demonstrate, his real challenges lie elsewhere: in confronting existing game ideologies head on; in strategizing more carefully the actual deployment of his projects; in appreciating and making use of game culture phenomena that already resemble his "videogames of the oppressed."

Frasca is soundly dissatisfied with the current state of gaming. And with such lofty ambitions, he's got good reason to be. But perhaps he is being broadsided by his own frustration. For in fact, games are already doing much of what he's proposing they should. Is he promoting an unfair stereotype of gaming culture, even as he rails against it?

From the complex activities of The Sims fans to the phenomena of mods, patches, and hacks, to Machinima culture (http://machinima.com), in which game engines are used to create animated shorts, some of the most progressive player-generated fan culture that exists comes from the realm of gaming. And as these examples demonstrate, these activities are true interventions in which games are used in ways that were not anticipated by the original developers. These emergent cultural activities, in which the very structures of games are appropriated and reconfigured, seem to me to be already quite close to the "videogames of the oppressed" that Frasca envisions.

The Sims main page (with links to community sites and narrative scrapbooks):
http://thesims.ea.com

. “Eric Zimmerman’s response”, Electronic Book Review, January 8, 2004, .
Readers wishing to respond to an essay in ebr may send ripostes or short glosses to the journal’s Managing Editor, Will Luers.
PDF

other essays by
Eric Zimmerman 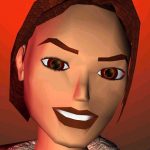