Stephen Burn connects Don DeLillo's fifteenth novel, Point Omega, with the author's long-running investigation into the structures of the mind. Using an elusive narrative architecture, images from a slowed-down film, and moments of second- and third-order observation, the novel dramatizes the mind's pre-conscious fiction-making processes.

Don DeLillo's fifteenth novel presents the reader with a fractured narrative landscape where traditional novelistic elements are replaced by a quiet art of suggestive juxtaposition. What passes for the plot is hazy and insubstantial. In a tale that brackets the novel, an unnamed narrator watches Douglas Gordon's 24 Hour Psycho (1993) in a video installation at the Museum of Modern Art. The videowork slows the movie down to the point where it lasts a full day, and the narrator is hypnotized by the silent succession of images: "Every action was... so distinct...that the watcher found himself isolated from every expectation." His concentration is broken when two men enter the installation, and then, shortly after, leave. Following an inconclusive end to this prologue, the heart of the book is composed of four short chapters that shift the novel's focus to the Southwest and "the Sonoran Desert or maybe it was the Mojave." Here, DeLillo concentrates upon exchanges between the two men who briefly entered in the prologue - Jim Finley, an obscure filmmaker, and his older colleague, Richard Elster, a conservative academic who took part in conferences with strategic planners and military analysts during the Iraq War. Finley is trying to persuade a reluctant Elster to take part in a film about his time in government, but the ruminative exchanges between the two men are broken when Elster's daughter, Jessica, arrives and then abruptly disappears. Finley and Elster search unsuccessfully for Jessica, and then leave the desert. The novel concludes by returning to the unnamed narrator who, twenty-four hours after we last saw him, is still watching 24 Hour Psycho. He talks to an unidentified girl in the installation, follows her, gets her phone number, and then returns to the exhibition. At this point, the novel abruptly ends.

With such a slender plot, most mainstream reviewers have compared Point Omega to The Body Artist (2001), connecting both works' brevity and focus upon time. The new novel's genealogy is, however, somewhat more complicated than such comparisons suggest. DeLillo's notebooks indicate, in fact, that he considered Point Omega as a title for four earlier books: Mao II (1991), Underworld (1997), The Body Artist, and Cosmopolis (2003). Textual echoes within Point Omega also recall a number of DeLillo's earlier works - from End Zone (1972) to "In the Ruins of the Future" (2001) - and this cluster of backward glances would seem to indicate an artist entering his last phase of creativity, recalling "the stern biblical observation" that Edward Said quotes in On Late Style (2006), where as death approaches "there is nothing better than that a man should rejoice in his own works." More specifically, in fact, the novel's "apparent disregard for its own continuity" and DeLillo's willful decision to "leave the work...incomplete" in important ways recalls the formal disjunctions that Said considers characteristic of artistic lateness. There have been many recent reviewers who have been eager to attribute the skeletal, abstract texture of DeLillo's late works to diminished artistic energy, but approaching Point Omega from a neuroscientific perspective reveals deeper continuities within his oeuvre, and charts not a departure, but the latest stage in DeLillo's consistent neural investigations.

DeLillo's fascination with cognition extends back to the early seventies, but Point Omega refines this general interest by directing attention toward the eye as a site of selective input into what he called, in Ratner's Star (1976), "the layered brain." Point Omega's first sentence ends with the word "visible," and this word introduces the drama of sight that makes up most of the novel. In place of the escalations and conflicts that fill most fictions, DeLillo builds his book around a series of static set-pieces designed less to reveal a particular scene than to illustrate structures of second- and third-order observation. Such structures are introduced in the video installation, where the narrator watches himself as "[h]e was watching the two men...watching the screen, Anthony Perkins at his peephole...watching Janet Leigh undress." Elsewhere metawatching similarly proliferates. In New York, for instance, Jessica visits an elderly couple who spend their days ostensibly watching daytime TV: "she watched the wife look at the husband...to check his reaction to whatever the people on the screen were saying or doing...and she realized that she'd become part of the ritual, one watching the other watch the other."

As the novel progresses, these tiered systems of observation are grounded in physiology. When Elster's daughter disappears, he begins "to see things out of the corner of his eye." Jim dismisses these episodes: "I told him it was physiological...routine sort of dysfunction." Yet despite Jim's disavowal, on a more complex level, the neurophysiology of sight provides a key to the novel's elusive architecture. DeLillo alludes to this key toward the end of Point Omega, in a video installation scene as the narrator locates a problem in the film:

He could not understand why the detective, Arbogast, clearly stabbed once below the heart, goes hurtling down the stairs with stab wounds on his face.... There was a clear discrepancy between the action and the visible effect.... Maybe the error is not detectable at twenty-four frames per second. He'd read somewhere that this is the speed at which we perceive reality, at which the brain processes images.

The error is only visible when the film is slowed to the point where the semblance of continuity is "broken into components" because, above the threshold of twenty-four frames per second, the brain processes information received by the eye, and stitches the static images together to create an illusory whole. As Elster notes early in the novel, "'This is something we do with every eyeblink. Human perception is a saga of created reality.'" 24 Hour Psycho fascinates DeLillo both because it highlights the brain's fiction-making processes, which establishes a metacommentary on the novel itself, and because it disrupts the carefully edited reality presented to consciousness, reminding us of what is really going on "beneath the running thoughts."

In terms of Point Omega's architecture, DeLillo is interested in the function of the visual cortex not simply to "clarify the act of seeing," as a character notes late in the book, but also because it provides a structural metaphor for the novel as a whole. Just as the cortex bridges the gap between static images to create a continuous narrative, so DeLillo presents his frametale and central narrative as discrete units of information to be processed into a coherent whole by the action of the reader's consciousness. There are, for instance, multiple clues throughout the novel that the unnamed narrator of the frametale is, in fact, a man named Dennis who enters the main story to murder Jessica. In a novel named after the work of an exiled priest, it may not be coincidental that reversing the apparent murderer's name suggestively yields the word sinned. The fact that this clue to Dennis's role only becomes visible when a word is extracted from its position within the "higher"-order processes of narrative communication, and examined in terms of its component parts, seems appropriate given DeLillo's interest in what is happening below "the horizon of consciousness" (Joseph Tabbi). Yet, for all the hints, the novel itself - like the installation art that inspired it - remains stubbornly and strategically fragmented. Point Omega is not a book that places easy answers in front of our eyes. Like the gunnery range in the Sonoran Desert that DeLillo described in Underworld, Point Omega's interplay between scenes in New York and the desert represents "a kind of neural process remapped in the world," as DeLillo reminds us of the selected omissions involved in the act of seeing.

. “Fictions of the Visual Cortex”, Electronic Book Review, December 30, 2010, .
Readers wishing to respond to an essay in ebr may send ripostes or short glosses to the journal’s Managing Editor, Will Luers.
PDF

Review of A Companion to Digital Literary Studies 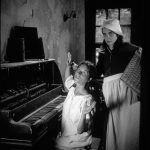