Richard Kalich's latest protagonist is Richard Kalich, but one critic views this postmodern occupation of the novel as an opportunity - even an encouragement - to forget about him.

Richard Kalich is a failed novelist.

At least it is the case that Richard Kalich, the protagonist of the recent novel Penthouse-F, is a failed novelist. This fictional Kalich cannot compose his protean ideas on what he feels could be "the definitive novel of our time"(18) - ideas about the decline of language in the face of an increasingly image-dominated world, and which was to be titled Transfiguration of the Commonplace - into an actual, readable text. Over the course of twenty-five years, his once-prescient projections become banal realities, and the once-profound insights of Transfiguration simply become commonplace observations blithely reported in newspapers and television commentary.

In response to his writerly inability, the imaginary Kalich attempts to will his failed fiction into actuality, inviting a boy and girl that resemble his ideal characters into his beloved penthouse. He develops a mediated relationship with his characters-cum-cohabitants, watching them on closed-circuit cameras, almost as if trying to keep up with a world in which relationships are increasingly mediated by technologies of surveillance and surrogacy. But even those efforts fail, as the boy and girl commit conjoined suicide, opting out of Kalich's penned-up penthouse by leaping to their deaths.

The sense of an artist's frustration to fail in staying ahead of his time recalls William Gaddis's posthumously published Agapē Agape, wailing that Thomas Bernhard had "plagiarized my work right here before I've even written it!" (Gaddis 13). And although Kalich's style is markedly minimalist in contrast to Gaddis's rant-infused maximalism, both books are similarly fragmentary in their presentation of the writing process. But whereas Gaddis's final work is an admission of the inevitability of the decline of process into pure chaos (although the underlying ideas remain coherent), the fictional Kalich of Penthouse-F continually longs for control he cannot attain, in both his process and the product it yields.

The facts of Penthouse-F are revealed in a series of shards of a broken whole: many of which take the form of an interrogation led by an unidentified - or should I say unauthorized? - inquisitor; interrogations of Kalich's neighbors; lists of rules; self-analysis on his mother-son relationship; typescript pages of the unwritten novel, scribbled over with illegible marginalia; and musings on the failure of Transfiguration of the Commonplace to transfigure itself from idea to iteration.

It is, in a way, a mystery: is Kalich responsible for the death of the young lovers? But the mystery is also ontological, as it is generally unclear if the boy and girl truly "exist," even within the story-world of Penthouse-F. It is unclear if the inquisitor exists outside the character Kalich's own head, or if the worried writer simply invents a mechanism through which to work out the fact that he "murdered" his characters by failing to write them into something that is "not merely another would-be novel [he] was planning to write" (37).

In a word, Penthouse-F is absurd. But it's a new take the European absurdist tradition it so lovingly lifts from, yoking to it an Auster-esque indeterminate self-reflexivity.

And so it can also be said: Richard Kalich is a successful novelist.

This is determinately verifiable given the very existence of Penthouse-F as a novel. As a well-received author of three prior novels, the successful writer Kalich has added another installment to a career that is as distinguished as it is consistent.

Then again, perhaps one should reconsider the matter: is Richard Kalich a failed novelist in the specific case of Penthouse-F's artistic effect, or a successful one? This determination cannot be subjected to the normal praxis of empiricism, because understanding Penthouse-F requires one to ask questions of categorization and of tone. As Warren Motte has already remarked in his review of this book, the novel-as-inquisition is "a topos so broadly exploited in contemporary literature, from Kafka to Volodine, that it is now ripe for parody" (62). Parody, however - like other categories and like tone - cannot inhere in a novel. These elements reside in the space between text and reader, between the codes given by a text and the choices readers make in interpreting those codes. At times, the writing of Penthouse-F signals a kind of literary seriousness, in prose that attains to the tradition the book so clearly cherishes. Describing an act of warmth and contact with his captives (a foot massage), Kalich muses, "An even greater sense of power and erotic command enveloped me as I observed the girl's imploring, pleading eyes begging that I do the same for the boy, asking nothing for himself, but rather only for the girl" (178).

Yet the text undermines itself farther down the page through repeated and clichéd language and arguably purple prose:

Two images kept recurring in my mind. The boy's stoical refusal of myself and the girl's imploring, pleading eyes that had her lover's welfare more selflessly in mind than her own. At such moments in the middle of the night, drenched in sweat that made my skin stick to the sheets ... I kept hearing for the second time in my life a little voice emanating from deep inside me saying: Who's going to love me? Who's going to love me? Along with the added proviso - like Romeo and Juliet love each other? (178)

If this is read as un-ironic, serious, literary fiction, we could reasonably conclude that Richard Kalich is a failed novelist. Because, at least from my perspective, the repetition and melodramatic elements are really funny, despite the possibility that it is a sincere effort at expressing exasperation. At the same time, read as parody, it is also really funny . . . for precisely the same reasons. Taken alongside the fact that the story is so improbable, the protagonist so seemingly impossible (does he have a job?), the character of the inquisitor's questions often so impertinent to the matter of the suicides, Penthouse-F begs the question: does it matter if we're laughing with or laughing at?

So allow me to offer another statement, the truth-value of which is questionable but is nevertheless an expression I stand behind: Richard Kalich is a successful novelist, one who has succeeded in consistently producing perplexing fictions that fail to categorize themselves and escape the warping influence of authorial intent. For by so emphatically inserting himself into the fiction of Penthouse-F, questions about the real Kalich's intentions are thrust far into the realm of the inscrutable. Kalich's newest novel is either risible for being a weak inheritor of Kafka or it is hilarious for being the most piquant appropriator of absurdism, given your stance as a reader and the choices you make in receiving its tone. I think it is overwhelmingly the latter, and a joy for that.

Thus there is no denying that the work of Penthouse-F is important. It is important because it makes plain the choices by which we approach fiction. And this is something that Kalich's metafiction does distinctly well. It holds up authorial intent to the effect of effacing it. It questions where literary categories originate from in the first place: writers? texts? publishers? readers? It foregrounds tone by deadening tone so subtly as to leave one unsure how seriously we should take the book's argument about what Baudrillard called "The Precession of the Simulacra," now so thoroughly axiomatic as to make a rear-guard observation into an avant-garde artifact.

So in the end, forget about the Richard Kalich the living man, and whether he is successful or not. He probably doesn't want you thinking about him anyway. But read Penthouse-F, because this is a book that will throw you back into an energetic relationship with the process of reading fiction, and force you to ask as many questions about how you read as it asks questions of itself, its characters, its reality, and ours. And you'll probably laugh despite the severity of the novel's inquisition.

Christopher Leise is assistant professor of English at Whitman College. He is most recently the co-editor of Pynchon's Against the Day: A Corrupted Pilgrim's Guide (U Delaware P, 2011) and William Gaddis, "The Last of Something": Critical Essays (McFarland, 2010).

. “How to Fail (at) Fiction and Influence Everybody: A Review of Penthouse-F by Richard Kalich”, Electronic Book Review, October 17, 2011, .
Readers wishing to respond to an essay in ebr may send ripostes or short glosses to the journal’s Managing Editor, Will Luers.
PDF

other essays by 222
Christopher Leise

A Vital Materialist goes to The Lego Movie

Of the Cliché and the Everyday

Review of Karin Hoepker’s No Maps for These Territories: Cities, Spaces, and Archeologies of the Future in William Gibson 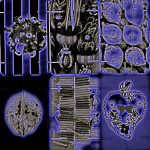 “A Snap of the Universe”: Digital Storytelling, as in Conversation with Caitlin Fisher