Cary Wolfe reviews Allison Hunter's installation at Europas Parkas in Lithuania. In her work, interspersed as it is among that of other artists, Hunter focuses our attention on signification in the crevices of the so-called public sphere.

Installed in Summer 1999 alongside works by Dennis Oppenheim, Sol LeWitt, and others at Europos Parkas, near Vilnius, Lithuania, Allison Hunter's "Signmakers" is particularly striking in contrast to many works in the park in what one might call the "unlocatability" or "distributed" quality of its signification. This, in combination with its subtle but distinctive form of micropolitical intervention, makes the project, for me, absolutely contemporary. One encounters two groups of signs in different settings - by the asphalt road leading to the entrance, and along a footpath that leads viewers through the heavily wooded park - that are spaced exactly 55.6 meters apart. By placing the components in this way, Hunter initiates a critique of any naturalized or abstract concept of space (of the sort, for example, that would be invoked to sustain the concept of "the nation" or, closer to aesthetic home, "landscape"), referencing it instead immediately to the specific situation of the viewer (including but not limited to modes of transportation) in relation to which the viewer/traveler's experience of space (un)folds.

This critique of what an older critical vocabulary would call "ideological" space is already in play, of course, in the project's appropriation of the familiar shapes of roadsigns that usually contain a command by some sort of state apparatus (Stop!, Yield!) about how one can interact with a given space. The project reverses the polarities of that relationship in several ways. One experiences in the signs not the habituated ingestion of some state-sponsored imperative or interpellation (or, what amounts to the same thing in negative form, the transparent appeal to fantasy of advertising that promises to repackage space in accordance with one's desires), but instead a kind of face to face encounter that is, at the same time, anything but face to face, at once familiar and opaque: in two different primary colors of Scotchlite (the reflective material used for roadsigns), the highly stylized face of a person - "just a person" - in one color, overlaid in another color with a stick-figure symbol from the Hobo lexicon of signs. The person whose face you see has chosen the sign shape (triangle, hexagon, etc.), the colors to be used for each element, the Hobo symbol, and the meaning of the symbol itself, which has become, along with the person's name, the title of that component of the installation.

In other words, the gaze of the Citizen looks back, and what that gaze says is less the point than the fact that it exists at all. To say "citizen" here, however, is perhaps to say too much and too little. Too much, because Hunter's ingenious use of Hobo symbols disengages the determination of any sign's value by the macro-political per se (in which, we might say, "space is space" and all Hobos would always already be "lumpen proletariat"). Instead, she refocuses our attention on the micro-political: the material situation of the viewer or traveler (the specific modes of travel available to Hobos had a lot to do with how and where they left their marks), and the process of recovering and affirming those subaltern forms of signification practiced in the crevices of the so-called public sphere and its ruling modes of signage. At the same time, it is to say too little, perhaps, when we remember that this is Lithuania, 1999, where only recently has just such a linkage - between "unofficial" modes of signification and their more or less automatically determined relation to a state project founded on class critique - been broken, opening up an emergent and evolving political space in which the strongest form of signifying one's newfound role as "the citizen" may very well be not to be one.

. “Signmakers 1999”, Electronic Book Review, January 1, 2001, .
Readers wishing to respond to an essay in ebr may send ripostes or short glosses to the journal’s Managing Editor, Will Luers.
PDF

other essays by
Cary Wolfe

Getting the Dirt on The Public Intellectual: A response to Michael Bérubé

Old Orders for New: Ecology, Animal Rights, and The Poverty of Humanism

When You Can’t Believe Your Eyes: Voice, Vision, and the Prosthetic Subject in Dancer in the Dark 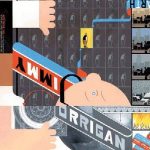 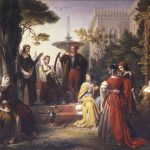