Minds bind - make coherent meaning from distributed processes - and narratives do, too.
The means by which they do so remains a mystery, however. Kiki Benzon suggests that this mystery is at the heart of Mark Z. Danielewski's House of Leaves, a text whose layered structure, typographical blending, and central metaphor - a house much bigger than the sum of its parts - enact the problem of binding on multiple levels.

A literary text is processed in the brain like any other complex stimulus: mysteriously. While particular types of sensory input tend to be processed in specific regions of the brain - the cerebellum specializes in motion perception, for example, and the amygdala and hippocampus are implicated in emotional memory - our engagement with objects and spaces is seldom, if ever, the product of a single sensory or cognitive process. The information required to carry out a task like reading a book involves parallel interactions among large populations of neurons distributed throughout the nervous system. How can we discern a coherent and meaningful narrative in a short story or novel when, on the neuronal level, reading entails a set of events that occur in different parts of the brain - from object perception in the ventral visual stream to language comprehension in Broca's area, to working memory in the prefrontal cortex? In neuroscience and the philosophy of mind, the means by which distributed processes result in a unified experience is referred to as the binding problem: one's perspective or consciousness of events seems to be an integrated whole, but no one physiological structure can be identified as the production site for this unified experience. Whatever mechanism the brain employs to organize perceptual, cognitive, and motor information must be flexible and fast, with a large combinatorial capacity and the ability to group many parallel inputs simultaneously.

Kay Young and Jeffrey L. Saver have suggested that the brain "narratively organizes information"; Jerome Bruner famously defined narrative as a "form not only of representing but of constituting reality." Indeed, the narrative form integrates and prioritizes information, adapting to new inputs over time towards the synthesis of a consecutive and logical arrangement. Richard Bjornson argues that "the same mental operations which allow people to make sense of their physical environments are also called upon when they seek to understand the verbal universes they encounter in literary texts." In the same way that our brains coordinate and bind sensory data, the literary narrative refines and organizes a swell of events and spaces both imagined and real. Narratives in novels and brains alike emerge from a multitude of discrete elements, but they cannot be reduced to these elements without ceasing to make sense as narratives. In reading a novel, as Charles Taylor observes, "we are trying to establish a reading for the whole text, and for this we appeal to readings of its partial expressions"; when experiencing a phenomenon in the world, Ann Treisman explains, "we must specify not only its part and properties, but also how those parts and properties are combined."

In a sense, every literary narrative integrates and prioritizes information. Reading a narrative involves yet another cycle of integration and prioritization, where the reader combines syntactical and semantic information on the page with her own idea and memories to generate a concept of the story's meaning. House of Leaves by Mark Z. Danielewski is an interesting text to consider in terms of the binding potential of narrative because its story is achieved not through the parsing and disambiguation of information but, rather, through sustained ambiguity and information excess. A hefty, typographically diverse text, House of Leaves is an academic-cum-biographical report about a physically impossible house, whose shifting and seemingly infinite interior becomes a point of obsession for documentary filmmaker Will Navidson. The novel, in part, consists of the quasi-scholarly accounts of a blind Los Angeleno man, Zampanò, who spends decades cobbling together documentation related to Navidson and company's expeditions into the amorphous depths of the house. Zampanò's scraps and jottings are in turn elaborated upon by Johnny Truant, a down-and-out Gen-Xer and tattoo- parlor employee, who tries to make sense of the late Zampanò's giant and disorganized manuscript. A final narrative layer is supplied by Truant's mother, Pelafina, who, incarcerated in a psychiatric institution, sends her son encrypted letters about their tragic family history and the horrors of life at the hospital. The three narratives are crudely combined and appended by the book's Editors, who provide occasional notes or disclaimers via paratext or supplementary documentation. This narrative cacophony is amplified by a range of representational styles, such as textual fragments, academic citations, shot-by-shot accounts of film footage, geometrical figures, poems, inverted phrases, drawings and medical reports. There are four fonts, including Braille, and several color-coded words. On one level, the narrative in House of Leaves moves toward synthesis and order, as Truant, Navidson, and Zampanò amass and interpret information about the house and, perhaps unintentionally, about their own cluttered minds. But the discontinuities, presumptions, errors, and formal irregularity intensify as the novel progresses, exemplified by this passage, in which Truant encounters a monster in the tattoo parlor; horrified, Truant drops a tray of ink and coats himself in its blackness:

The rest is in pieces. A scream, a howl, a roar. All's warping, or splintering. That makes no sense....
Everything falls apart.
Stories heard but not recalled.
Letters too.
Words filling my head. Fragmenting like artillery shells. Shrapnel, like syllables, firing elsewhere. Terrible syllables. Sharp. Cracked. Traveling at murderous speed. Tearing through it all in a very, very bad perhaps even irreparable way.
Known.
Some.
Call.
Is.
Air.
Am?
Incoherent - yes.
Without meaning - I'm afraid not.
The shape of a shape of a shape of a face dis(as)sembling right before my eyes.

Given text's resistance to coherence and unified meaning, can House of Leaves be considered a narrative at all, or is it, rather, a collage in codex format that might convey a range of moods but does not amount to a discernable storyline? And if it is a narrative, how does it engage the binding problem in ways that other graphically experimental literary works like Steve Tomasula's VAS: An Opera in Flatland (2004), Steven Hall's The Raw Shark Texts (2007), or, even, Tom Phillips's A Humument: A Treated Victorian Novel (1970) do not? The central metaphor of the novel - the house - is pertinent here because, in addition to its psychological resonances (put forward by Sigmund Freud and others), a house is a space that should be familiar and finite; but "[w]here Navidson's house is concerned," Zampanò writes, "subjectivity seems more a matter of degree... [T]he often disturbing disorientation experienced within that place, whether acting directly upon the inner ear or the inner labyrinth of the psyche, can have physiological consequences." The house, like the narrative, does not draw together its composite parts to achieve a definite and comprehensible shape. But both house and narrative enact the problem of binding, the making sense of reality that occurs on epistemological, personal, and neurological levels. House of Leaves makes plain in its formal structures and its characters' drive to organize and understand reality that integrated and unified experience is an illusion - in narratives and brains both.

. “The Binding Problem”, Electronic Book Review, December 30, 2010, .
Readers wishing to respond to an essay in ebr may send ripostes or short glosses to the journal’s Managing Editor, Will Luers.
PDF

other essays by 222
Kiki Benzon 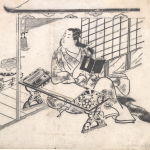 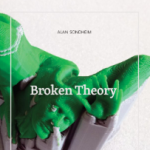