Against the conflation of Islamic and economic fundamentalisms (William S. Wilson responds to Nick Spenser).

A personal account by novelist Joseph McElroy of the WTC crash (that is: a structure of some outside and inside project encompassing one individual).

Joseph Tabbi and Gregory Ulmer discuss what intellectual work will be like in the new electracy.

Stephen Schryer reviews Mark Taylor and casts a critical eye on the unconditional celebration of complexity.

How to Do Words with Things

One of a series of eco-critical reviews, Stephen Dougherty explores the new ways that "matter is made to matter" in Ira Livingston's writing on science and literature. The payoff of an ecocriticism grounded in the materiality of language itself, can bee seen by the strong political positioning toward the end of Dougherty's essay.

In this review-essay, James J. Pulizzi reads Joseph McElroy's 1977 novel, Plus, as a Bildungsroman for the posthuman: instead of tracing the development of a subject, the novel traces the development of processes that call the very idea of a subject into question. As a human brain adjusts to its new housing in an experimental satellite, the text unfolds in a series of re-entries and re-mappings, an unfolding that necessarily implicates the reader.

other essays by
William Smith Wilson 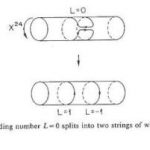 What Remains in Liam’s Going

The Importance of Being Narratological