As a member of what Tom Brokaw might call the Least Generation - the first cohort of postwar American males who legally escaped draft registration - I grew up without military experience. Nonetheless I have seen enough war movies to understand rank-and-file grumbling, in which the infantry assess the wisdom of their commanding general, usually while His Nibs sits incognito on the next rock (Henry V IV.i). Such dissent is not to be confused with disloyalty. It dissipates quickly enough when the company is called unto the breach. Meanwhile, however, your private soldier will loudly debate the finer points of campaign strategy, as I do here in my capacity as foreign volunteer in Espen Aarseth's northern insurgency.

Make no mistake, I strongly support the main aim of the uprising, which is to create a distinct space within cultural analysis for games and other "configurative" practices, in Markku Eskelinen's phrase. I join Aarseth and Janet Murray (who made a similar observation years ago) in believing we must "recognize simulation and the need to simulate as a major new hermeneutic discourse mode, coinciding with the rise of computer technology, and with roots in games and playing." I am also persuaded, like Aarseth and unlike Murray, that we can best understand simulation and interface poetics by discarding "narrativism" and the curious misconception that storytelling is somehow the most important cultural activity.

A secession of this sort demands many virtues in which Aarseth happily excels: originality, critical intelligence, perversity, and above all, irreverence. "We don't know much about technology, or biology, but we do know stories and storytelling," he writes, telling a tale very much out of school. "So why be critical when we can be important instead?" There is a wonderful, naked-emperor-outing cynicism in this jibe, an audacious move against humanism's unacknowledged strategies of self-promotion. At the same time one may also detect a touch of critical reflection, at least if one is a certain sort of lapsed narratologist (like Aarseth) or misbegotten fiction writer (like me). The ironic "we" implies reciprocity, and with it a sense of history. Though now we assume the mantle of wisdom, we may have played our own imperial nude scenes in the past.

If truth is the first casualty of conflict, however, self-criticism usually stands next in the line of fire, even when well-shielded by irony. Certain of Aarseth's positions (no doubt like my own) seem implicated in a power game no less partial and limiting than that of traditional narratology. If the new Scandinavian game theory means to offer a fresh approach to information culture - a task which Aarseth and company certainly can perform - these blind spots need pointing out.

With a rigor perhaps born of militancy, Aarseth insists that games "are self-contained," insulated from any intertextuality. "Unlike in music, where a national anthem played on electric guitar takes on a whole new meaning," he writes, "the value system of a game is strictly internal, determined unambivalently by the rules." Seeking to exclude narrativist contraband, Aarseth embargoes all cultural implications. We are not to understand the game of chess as an allegory of feudalism or Tomb Raider as misogynist-masochist fantasy. By his reasoning, chess would be the same game even if the pieces were replaced with bottle caps and called minks, warts, and chevrolets instead of bishops, knights, and pawns. Likewise, Aarseth claims, the pneumatic Lara Croft could be traded for a less salacious anatomy, leaving the game intact. In each case the player's engagement with the rule system - the "gaming situation" - matters far more than incidental details of the "gameworld."

If these claims seem indisputable at face value it is only because they are alarmingly narrow. Mink takes chevrolet may contain no reference to chivalric hierarchy but it does assert a logic of territorial domination and unequal privilege. No doubt one can play the game without connecting this logic to European history, but such an approach reduces chess to a series of abstract transactions, which may work well enough for mathematics but seems far too narrow for any serious cultural critique. Tomb Raider shows even more clearly this artificial restriction of focus. Certainly one could swap Lara Croft for a digitized Rowan Atkinson without technically changing the feedback loop between player and program. It seems unlikely, though, that Mr. Bean: Tomb Raider would sell nearly as well to its primary audience. Lara Croft's physique may consist of raw data but it cannot be treated as such for critical purposes. While one may look past or through the avatar body during play, the significance of games as cultural forms goes beyond the player's time in the loop.

This of course Aarseth and his some of his colleagues would strongly deny (though see Eskelinen for a more nuanced view). At least in the present, early work, Scandinavian game studies seem to insist on closing the "hermeneutic circle of simulation" against any discourse not linked to a very narrow construction of play. This strategy does shake off the covering cherub of narrative, a defensive maneuver that seems very necessary; but at the same time it threatens to impose a hazardous solipsism.

Aarseth declares at one point that "games focus on self-mastery and exploration of the external world, not exploration of interpersonal relationships (except for multiplayer games)." The dangers of this doctrine are apparent. If we understand information games as purely self-interested interactions, we will have a hard time living up to Aarseth's laudable thesis that simulation is "a major new hermeneutic discourse mode"; at the least, we will find it difficult to explain how that mode can contribute to social experience. It also seems telling that Aarseth addresses multiplayer games in a parenthetical afterthought. Arguably the most promising forms of information play involve a shared encounter with complex systems - of the sort not found in first-person shooting galleries, even when multiple players are involved, but rather in MUDs and MOOs. If game studies close themselves off from this form of simulation, they will fall notably short of their promise. Aarseth says at one point that "unlike literature, games are not about the Other, they are about the Self." Whether or not this statement holds for games (I have my doubts), we should make sure that it does not apply to game studies.

. “Stuart Moulthrop’s response”, Electronic Book Review, May 21, 2003, .
Readers wishing to respond to an essay in ebr may send ripostes or short glosses to the journal’s Managing Editor, Will Luers.
PDF 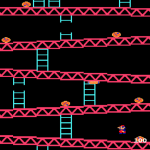