Over 800 pages, the New Media Reader does not exhaust its subject; it even sets the stage for a companion volume.

In 1993, Simon During edited the Cultural Studies Reader for Routledge, a volume that helped consolidate the then-emerging field (and Routledge's place in it). The New Media Reader, majestically edited by Noah Wardrip-Fruin and Nick Montfort for the MIT Press, will represent an achievement of equal or greater import for the rapidly accreting field of new media and digital studies. Anyone who doubts the necessity of a "reader" for an ostensibly screen-based enterprise is missing the point: as the editors note, new media's past is to be found among hitherto fragmented and incompatible documentary forms: "on the Web in PDF, in an assortment of anthologies divided by subfields, or in the dusty microfilm files that Vannevar Bush hoped would one day be hooked into the memex."

Here Wardrip-Fruin and Montfort give us over 800 pages of breakthrough technical papers, theoretical statements, creative manifestos, art pieces, rants, and fictions, effectively open-sourcing dozens of major texts by artists, critics, and technologists. The Reader exists precisely to counter the notion that the whole of the field is always already instantly accessible via Google, and I have no doubt that this collection will quickly become the default text in a variety of curricular settings. This may not be its greatest gift, however: the published volume also comes packaged with a CD-ROM, which contains "working versions of some of the most important new media artifacts ever created...games, tools, digital art, and more -- with selections of academic software, independent literary efforts, and home-computer era commercial software."

I had an opportunity to preview some of this material along with my advance copy of the Reader, and it is indeed an embarrassment of riches: Spacewar!, Weizenbaum's Eliza, Will Crowther's Adventure, Atari and Apple games (Karateka, anyone?), early hypertext including lost poems by William Dickey, an anatomy of Stuart Moulthrop's "Forking Paths," the programs often accompanied by source code and/or documentation. The value of this aggressive preservation of born-digital objects and artifacts is inestimable, and it seems clear that many more, and more extensive, such efforts will be required in relatively short order.

The New Media Reader asserts its historicity strongly, and for some this will be either its greatest accomplishment or its most conspicuous shortcoming: there is no selection earlier than 1941 (Borges, "The Garden of Forking Paths") or later than 1994 (Tim Berners-Lee and colleagues on the World Wide Web). We have, then, a 50-year snapshot of new media, certainly its most formative 50 years, but clearly the volume is by no means comprehensive. Still, I believe the editors have wisely resisted the temptation to reach too far back (to Babbage and Lovelace, say, or Alberti, or Gutenberg) and turn the collection into a broad-based survey of technology, representation, and culture. The New Media Reader has a more specific agenda: to construct an origin story for new media that is less a narrative than a kind of Möbius strip spun from the interplay between art and computer science in the five decades following the end of the Second World War - from the rise of the Cybernetics Group through the 60s counterculture to personal computing to the gradual decline of stand-alone hypertext and the dawn of networked hypermedia and the Web.

It would be easy to quibble with the individual selections, to fixate on who's in and who's out - that seems like an exercise best left for the seminar room, though for my part I will say that I would have liked to have seen the graphic design of David Carson, Neville Brody, and the Cranbrook School represented, design practices that simultaneously celebrated the "end of print" while yielding some of the most outrageously consumptive displays that particular medium has ever tolerated. Likewise, sound (Detroit techno and electronic music, for example) is virtually unrepresented. Other readers with other interests will no doubt find their own gaps and empty spaces. But this belies the import of the intervention the editors clearly seek to make. The volume as a whole may be seen as a dynamic interface, with individual selections functioning as slider bars as readers (or users) choose this or that text to put certain variables into play and manipulate the state of the discourse network: Roy Ascott juxtaposed with Ivan Sutherland, for example, or Donna Haraway with Richard Stallman. Such encounters are in fact encouraged by the volume's production, which deploys an elaborate system of tabs and cross-referencing devised by designer Michael Crumpton.

Many of the selections ("The Garden of Forking Paths," the Oulipo group, writings by various technologists, the preponderance of hypertext theory in the final section, the numerous electronic games on the CD) seem to emphasize writing and art-making under conditions of constraint. In this sense the programmatic and algorithmic nature of new media is clearly delineated, with its genealogy in 50s cybernetics and the 60s avant-garde; so we can read Norbert Wiener's "Men, Machines, and the World About" and then Nam June Paik's brief but remarkable manifesto "Cybernated Art": "Newton's physics is the mechanics of power and the unconciliatory two-party system, in which the strong win over the weak. But in the 1920s a German genius put a third-party (grid) between these two mighty poles (cathode and anode) in a vacuum tube, thus enabling the weak to win over the strong for the first time in human history." But the radical rupture of cybernetic processes and algorithmic constraint with Newtonian physics and Kantian metaphysics that is everywhere on display here comes (just maybe) at the expense of new media's debt to other conventions of representation. Nowhere is this more conspicuous than in the absence of William Gibson, whose blowout cyberpunk narratives owed as much (as has been said many times) to Dashiell Hammett and Raymond Chandler as they did to the video arcades of Vancouver. So, no Gibson, no Myst (with its luscious invocations of codex and print culture), perhaps not enough sense that by the end of the twentieth century new media had an analog as well as a digital range of reference.

The Reader 's final selection, as noted above, is an early technical paper on the World Wide Web. On the one hand, it's clear from even a passing encounter with the texts in The New Media Reader how much the concepts presented by Berners-Lee owe to his predecessors (Bush, Licklidder, Engelbart, Nelson, Shneiderman). Perhaps what this selection does best, then, is dispel the notion that the Web is itself "new" media. On the other hand, the decision to represent the Web with just this single selection, while clearly an editorial statement, has the effect of rendering its early netscape as more homogeneous than it ever really was - and certainly more homogenous than it is today, as HTTP splinters into an array of competing database and document technologies, many of them metastasizing from the staid desktop browser to a riot of handheld and household devices. The editors thus set the stage for a companion volume, for while the Web is self-documenting to an extent (owing to such heroic efforts as Brewster Kale's Internet Archive, which periodically downloads a snapshot of the Web's many terabytes of information to disk), there are already entire generations of experimental software, design practices, business models, fads, curiosities, rarities, and gems that have been lost to us.

Reviews can encourage reservations, but let me be unequivocal in closing: with The New Media Reader and its accompanying CD-ROM, Wardrip-Fruin and Montfort (and the MIT Press) have created a package that will serve the field for a long time to come. Certainly some readers will find themselves imagining ways of doing the book differently, but I doubt many will find much license for imagining ways of doing it better. I would be particularly remiss if I did not mention the generous and unfailingly authoritative introductions which accompany each piece, a substantial paratextual body of work in which the editors display a gift for synthesizing the disparate materials they have brought together. (Nor are they without humor: the note that accompanies Raymond Queneau's Cent mille milliards de poèmes instructs those readers "too timid to operate upon their books" to photocopy the pages and cut the copies into strips.) Used as directed, The New Media Reader will launch new art, new software, new theory, and new thought.

Click here for another take on The New Media Reader - eds.

. “A User’s Guide to the New Millennium”, Electronic Book Review, March 26, 2003, .
Readers wishing to respond to an essay in ebr may send ripostes or short glosses to the journal’s Managing Editor, Will Luers.
PDF

other essays by 222
Matthew G. Kirschenbaum

Designing Our Disciplines in a Postmodern Age – and Academy 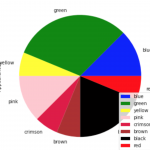 Building STEAM for DH and Electronic Literature: An Educational Approach to Nurturing the STEAM Mindset in Higher Education

The Poetry of John Matthias