Rob Wittig looks at one of the earliest "Weblogs," and finds there a persisting model for serial e-fiction and an interaction no less compelling than the literary correspondence between Henry Miller and Anais Nin.

I'll never forget the Monday morning in the mid-90s when I rushed in to work (my only Internet connection at the time, imagine!) and hurriedly pointed my browser to www.links.net to see if Justin Hall had broken up with his girlfriend over the weekend. I didn't know Justin personally. Still don't. But I had been enjoying his groundbreaking Web diary for several months, had turned some coworkers on to it, and all of us had gotten swept up in Justin's inner (and quite public) turmoil as The Big Conversation loomed.

As it turned out, it was time for Justin and his girlfriend to part ways. But Justin has stuck with me over the years as my own first revelation of the powers of on-line serial literature.

The first gift was my first-ever experience of Web nostalgia. I looked back through his early autobiographical launching page, www.links.net/vita, and felt a sweet pang to discover that, despite being updated at the bottom with new loves, new adventures, and new interests, the page has not fundamentally changed. There is still the childhood picture just where it's always been, right above "I was born Justin Allyn Hall in Chicago at 12:01pm on December 16, 1974." And there in the heart of the page is still the one-line paragraph that first woke me out of my early Web-surfing coma: "When I was eight, my father, an alcoholic, killed himself; much of my early writing wrestles with this." The minute I read that I knew this was not going to be your typical mid-90s nerdobiography. And eight-and-a-half million gut-spilling Web-autobiographies later, it still holds up.

The intuitive graphic design of those early pages - handsome white margins, short paragraphs with plenty of white space between them, in-line images around which the text autowraps to fall sinuously down the scroll, and an abundance of blue-underlined hyperlinks - is still more considerate to the reader's eye than 75 percent of sites dedicated to writing. But Justin's visual invitation would be for naught if the writing weren't good. Which it is: supple, simple, smart, and short. Justin's style (and psychological insight) is still mature for his years, but for a Swarthmore undergrad, which he was in the mid-90s, it was downright frightening. It passed, and passes, my toughest experiential test of all - it keeps me reading on a screen.

The photography that accompanied the text from the beginning is still a fundamental part of Justin's style. He seems to know exactly which faces and places you want to see. He knows how to tease with a small photo and drive you into a digression. And digress you do. No overall navigation or handy Web map here. That stuff came later in the decade. Justin's site doesn't need it. I would have been heartbroken to find he had put everything into a neat, year-2000-style egg carton. Links.net is a site to lose yourself in, a site for the flaneur.

How long has Justin Hall been on the Web? Let's put it this way: his URL is www.links.net, an address of such breathtaking brevity it self-evidently dates from the early days, before the URL vultures bought up all the simple names. It's not stretching the truth to say that Justin participated in the entire dot-com era, from hanging out with his mentor Howard Rheingold in the Wired offices in the early-early days, to signing a pact with the corporate devil, through crippling his wrists on the keyboard during a 1996 writing road-trip. "After having my Macintosh taken at gunpoint," Justin writes, "I switched to a PC and started playing a lot of computer games," summarizing some key events of 1998. Justin went through the boom, the crash, and has come out the other side, commenting all the way.

Justin's basic gesture, besides the on-line diary, has always been to be a Web evangelist. I got an especially nostalgic twinge when I saw that his Web publishing page still starts out with same old assertion "You are about to be let in on the big web secret: HTML is easy as hell!" The second gift I received from links.net when I visited the site this autumn after several years' absence was an even more touching discovery: I still care about its lead character. I still am interested in Justin Hall. Justin writes,

Riding the 11.10pm bus from Tokyo into the country-side the navel of Japan Gifu that's both hotter in the summer and colder in the winter, where we will gladly step off at 5am in the country where we might have her mom take care of us some, meaning we'll have only family things to worry about, as the rest of life will be limited to 33k slow bauds through expensive everywhere slow wireless japan

I've known for a while that one of the powerful and particular pleasures of on-line literature is its timing - a liberation from the cycles of daily papers, monthly magazines, yearly novels. I've enjoyed many occasions of the Web's speed after Justin introduced me to it - confessions updated hourly, fictions that include breaking news. But Justin has now also introduced me to my first experience of Web slowness. I am a great fan of slow literary experience--cliffhangers, sequels, serials of all stripes.

One of the most pleasurable literary experiences of my life, and certainly the slowest, has been the gradual revealing of texts about certain events that occurred in Paris in 1932. The expurgated diaries of Anaïs Nin and cleaned-up letters of Henry Miller that appeared in the 70s bespoke a decorous friendship the two shared in that period. Miller's Tropic of Cancer and Quiet Days in Clichy told torrid tales about the same summer, but named no names. Once the parties had passed away, the truth about their affair came out, and twenty years later I found myself rereading the events of that year in a steamy new light. I consider all those readings, all those books, together, to be a single literary experience. And it is to that entire Miller-Nin co-oeuvre, in all the glory of its two-decade striptease, that I would compare Justin Hall's Web site, if someone forced me to compare it to a print-world work. Same confessional project, same collaborative spirit.

So where are the borders of Justin's work? In a pattern that would go on to be duplicated by the multitudes of 'bloggers who have started writing their Weblog ('blog) on-line diaries in the time since Justin began, Justin constantly links readers to his friends' on-line diaries. You can't be one 'blogger; you are always at least eight or ten 'bloggers.

You'll be happy to know that Justin's new love, Jane, appears to be an intelligent and delightful person. She, of course, has her own on-line diary, http: //www.umamitsunami.com, which is every bit as sharp as his is. I consider the borders of the work to include both Jane's and Justin's sites.

And is there a time limit of the experience? When I revisited Justin Hall's site this year I half-expected it to no longer exist. Seven years is a long time in Web years. I certainly did not expect to find it still so compelling.

Those false expectations are revealing. I unconsciously had slipped into both the techno- evolution fallacy that "newer is better," and the pop culture fallacy that this year's wunderkind is next year's has-been. Why is Justin Hall still readable, beyond his pure writing talents, and despite his advanced Web-age? Because there's still something fundamentally generous about his project, something that goes back to his early "don't give them a fish; teach them to fish" HTML advocacy. The proportion of "here's something cool about the world that I just have to share with you" is still higher than the proportion of "look at me, look at me, look at me."

The 'blog is the most substantial and complete literary form indigenous to the Web. Is Justin a seminal figure, a giant, an innovator, a pioneer? Those are terms that apply to mass-market criticism. What 'blogs demand is mini-market and sometimes micro-market criticism. Lots of people have experimented with 'blogs since the mid-90s. Justin is the best 'blogger I, personally, have seen.

The time limit for a Web writing experience can't be less than seven years, because - much to my astonishment - my enjoyment of Justin Hall's writing is still going strong.

>>--> in the writing (post)feminism thREAD, earlier essays by Greg Dyer and Todd Napolitano consider the web journal phenomenon at its beginnings.

. “Justin Hall and the Birth of the ‘Blogs”, Electronic Book Review, March 25, 2003, .
Readers wishing to respond to an essay in ebr may send ripostes or short glosses to the journal’s Managing Editor, Will Luers.
PDF 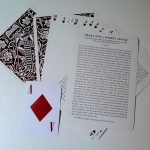 Against Desire: Excess, Disgust and the Sign in Electronic Literature

Can the Web Save the Book? A Reply to Curtis White’s The Latest Word