A riPOSTe to: The Latest Word

Kate Pullinger's response to Curtis White's "The Latest Word" ploughs ahead. She tells us that writers today may fear for the future of literature but they keep writing, they go on, they must go on.

In "The Latest Word" Curtis White sounds the death-knell for the possibility of art and literature in the high-tech charnel house we all inhabit now. As a writer who operates in the middle of the margin (I wrote a literary novel that won a prize; I write transmediatric digital fictions – oh god, what to call these things? - that are on syllabi), I am terrified by Curtis White’s erudite damnation, and that terror has the effect of making me lower my head and plough forward like the sturdy ox I know myself to be.

For me the future of writing has to be the future of literature – what else is there to care about, if not literature? And when I look up from my yoke toward the horizon I see endless potential, endless possibility. I see new works appearing online and via apps, from individual artists, like Christine Wilks, and small collaborative teams, like the group behind the narrative-driven audio app for runners, "Zombies Run!" The latter might not qualify as literature or art, despite being co-created by a  prize-winning literary novelist, Naomi Alderman, but the work of the former, including Wilks multiple award-winning piece "Underbelly," most definitely does. But even "Zombies Run!," with its fantastically successful Kickstarter funding drive, shows new ways for writing and writers to make their mark – with Alderman’s literary abilities harnessed in this way, perhaps "Zombies Run!" will be included in someone’s idea of a canon, somewhere along the way.

These works exist outside of traditional publishing, much further outside than any of the legions of self- or "indy" publishers that the technologies, and the tech corps, have enabled. These works do not attempt to mimic or replicate the book nor gain entry to an industry locked into the technical and economic battles that White describes. These works – one commercial, the other as far from the commercial realm as possible, given away for free online – demonstrate that the technologies can allow writers to transform narrative itself, and further demonstrate that regardless of whether or not literary publishing survives, these works help move literature itself off the page and onto our screens. Nothing remotely servomechanistic here.

White states, "The institutions of literature have always worked against the life of the work of art as much as they have worked for it." This is absolutely true, and the corollary of that statement is this: Despite the institutions of literature being permanently compromised, writers keep on writing. Some make money. Most do not. Some are included in the canon, whatever form that canon takes. Most are not. Even if publishing as we know it, as a multi-faceted economic and cultural entity, is destroyed completely; even if universities are bankrupted, both literally and in terms of their role in our intellectual lives, writers will keep on writing. And readers will continue to want to read.

The truth is that literature is evolving. As the tech corps, the publishing corps, and their lawyers do battle overhead, as governments legislate against privacy, as the "free" market dictates what passes for higher education, writers keep writing, artists keep creating, people go on collaborating, and the new technologies enable new forms of literature, new forms of literary experimentation, not to mention new forms of reading. We persist, we keep on writing, thinking, discussing – we keep on trying to get it right because that’s all we can do. We go forward, because we must, black cattle in the black night. What can we say to Curtis White, except to listen out for his roaring, and echo that roar with one of our own?

Pullinger, Kate. “Riposte to Curtis White’s “The Latest Word””, Electronic Book Review, April 12, 2012, .
Readers wishing to respond to an essay in ebr may send ripostes or short glosses to the journal’s Managing Editor, Will Luers.
PDF
This essay was peer-reviewed.

other essays by 222
Kate Pullinger

New Media: Its Utility and Liability for Literature and for Life 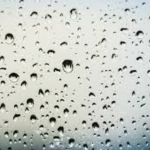 An Aesthetics of the Unsaid