Toward the end of the introduction, Marrku Eskelinen and Raine Koskimaa, editors of Cybertext: Yearbook 2000, explain their editing philosophy, one characterized as perhaps "senselessly cruel" since they've rejected any piece in need of substantial revision; this practice, they note, runs counter to the typical publication process with its "current fashion of endless editing" (12). Such a policy ensured the book's release in 2001, which, they say, shaved about two years from the usual production schedule. In order to exert any sort of influence, Eskelinen and Koskimaa feel the need to publish new ideas quickly. And, given the speed with which computerized texts reach their audience, perhaps this impatience is understandable. They also express ambivalence about producing a book; hence their qualification that the text initially "takes the form of a book, not necessarily for too long, but long enough to establish an initial contact with even the fiercest print resistance" (12). Yet if this text occupied only web based space, unavailable to those desperately clutching their codices, readers would have no opportunity to consider the rather cavalier words that grace the book's back cover: "The cutting edge even the print heads can't avoid..." Indeed Cybertext: Yearbook 2000 resembles computerized text in many ways: several articles are subdivided into screen-sized chunks, which often leaves large blank spaces at the bottom of pages within an essay; many of these chunks open with the sort of recursive statements required of lexia where the preceding lexia is neither consistent nor predictable; and scant attention seems to have been paid to typographical errors as is evidenced by the numerous missing words or letters, as well as the frequent instances of unconventional language usage. This latter trait may signal translation issues. Yearbook 2000 is part of a series sponsored by the Research Centre for Contemporary Culture which accepts a mix of "multi-and interdisciplinary" manuscripts written in Finnish, Swedish, and English. Although the provenance of this statement remains nebulous, it sets the appropriate tone for the pages found within: The desire for attention from traditional literary circles carries a concomitant disdain for their book-bound scholarship.

The eleven essays of Yearbook 2000, though diverse in nature, are related by a collective indebtedness to Espen Aarseth's Cybertext: Perspectives on Ergodic Literature (1997) and its painstaking attempt to define and articulate a materialist theory of texts, which Aarseth dubs cybertext or ergodic literature. Aarseth was reviewed in ebr by Nick Montfort Aarseth charts categories of textual attributes that may be applied to any text, whether paper or digital. His approach regards computer-generated texts as non-distinctive simply by virtue of their medium and, therefore, accords the ancient I Ching as sharing more features with, say, an online help tutorial than an 18th century British novel. Same genre, different medium.

Yearbook 2000 's editors share Aarseth's staunch denunciation of the scholarly tendency to lump all digitized work into the crudely defined and over generalized rubrics of hypertext, hyperfiction or, for that matter, even the more liberally applied label, hypermedia. Indeed, with regard to the plethora of books written about hypertext theory, Eskelinen and Koskimaa contend: "whenever the traditional literary institutions feel threatened enough, they can easily subsume and assimilate hypertext theory to serve their own purposes as the latter contains too many elements based on surprisingly poor readings of previous theory and a fatal misunderstanding of its own object of study" (9). Evidently, the "print heads" ruined hypertext theory by "applying ridiculously outdated narrative theories derived from Aristotle, Propp, or Victorian novels" (10). This list of "outdated narrative theories" could have been culled directly from the index of Janet Murray's widely acclaimed Hamlet on the Holodeck, released the same year as Aarseth's book. Still the introduction justifies its book format by articulating its underlying objective: the editors state their desire to "enter gradually into meaningful exchanges with traditional literary traditions, theories and institutions" (12). The sort of turf wars such claims give rise to can be seen in the various ebr riPoste entries by N. Katherine Hayles, Scott Rettberg, and others. However, despite the collection editors' blustery claim of a sharp departure from tradition, many ideas advanced by Yearbook 2000 's essays may be seen as already engaged in the conversation surrounding cyber-theory.

The collection includes several essays that examine, broadly speaking, literary texts infused with computer technologies. These include Raine Koskimaa's admirably thorough reading of Stuart Moulthrop's Victory Garden; Janez Strehovec's study that grapples with aspects of literature made possible only when delivered on the Internet; "Introduction to Cybertext Narratology," an ambitious piece by Markku Eskelinen that blends Aarseth's cybertextual categories, recent narrative theories, postmodern constructions, and specific practices drawn from work of the OuLiPo; and "Transfiction," a remarkable article by Alok Nandi and Xavier Marichal that explores the "mixed reality" that occurs when the virtual and the real overlap--transfiction is achieved when a computer's graphic interface joins a web camera whose real-time images become part of the virtual landscape. The influence of Aarseth's notion of "nontrivial effort" required to read and build pathways through ergodic literature (a notion that shifts attention from the literary object to the person reading it) is greatly enhanced by the attention in many of these essays to the sort of cooperation, interest, and patience that keeps the user engaged.

Espen Aarseth's latest work concerns itself with computer gaming and his essay "Allegories of Space: The Question of Spatiality in Computer Games" provides a glimpse of this work. Likewise Gonzalo Frasca offers a provocative interrogation of the taboos that govern subject matter for computer games. And though gaming is not a subject commonly found, it is certainly not unique to the work of Aarsethians; both Steven Johnson (Interface Culture, 1997) and Janet Murray (Hamlet on the Holodeck, 1997) complicate user positions in games, though certainly not in such detail. Murray, however, imagines a hypertext called "Rob's Suicide" that sounds very similar to the sort of Holocaust driven, pseudo-cathartic single narration games that Frasca proposes in Yearbook 2000. This similarity is just further evidence that the distinctions between entertainment forms in computerized environments grows increasingly blurry.

Two essays are transcripts of interviews, one with postmodern critic Brian McHale, the other with poet John Cayley. Both offer insightful perspectives on the future of literary objects. Likewise hypertext author Stuart Moulthrop offers a fun portrait of a "ticker" -- banners that elbow out a main screen's contents by scrolling the random keyword entries typed by anonymous users of the search engine, Metacrawler. This piece recalls Johndan Johnson-Eilola's Nostalgic Angels (1997), a section of which is devoted to interrogation of similar "utilitarian" computer functions.

Finally, "GZigZag: A Platform for Cybertext Experiments" details a new information storage system based on a design by Ted Nelson. The platform seems similar to the type of interface that Apple computers has been working on for several years. (See Steven Johnson's discussion of Apple's Project X, now called HotSauce, in Interface Culture 94-98). Since Nelson's Xanadu has pretty much fallen into obscurity, evidently others need to take up and concretize his causes. Indeed the authors conclude that the difficulties they face, those of expressing Nelson's ideas accurately, are the same challenges that have plagued much of his work preventing its widespread circulation.

In the spirit of the cyber-trait of recursivity, I return in closing to Yearbook 2000 's introduction. The editors lament the dearth of theory that adequately addresses all things cybertextual. However, since their Aarseth-inspired model of cybertextuality allows application to any text, they remain hopeful that the lack will be filled. The last two sentences of the introduction read as follows: "To be rude: if the score 576-10 is not a challenge to the latter term, the former has already won. To be cruel: this book is also an act of charity." With regard to the last remark, I am reminded of writing theorist David Bartholomae's notion that writing is an "act of aggression disguised as an act of charity." As for the penultimate sentence, the score -- 576 to 10 -- refers to their earlier stated claim that Aarseth's model of textual attributes includes 576 combinations which they call "media positions" and that, to date, "print literature has used or occupied only about ten of those positions" (8). This claim seems wildly overstated. I suspect the problem lies in a feature of Aarseth's model that goes unmentioned. That is, his theory confines itself to a text based orientation; Aarseth defines text as "any object with the primary function to relay verbal information" (62, emphasis mine). One wonders then, whether these remaining 566 media positions might already be occupied by the non-verbal--information relayed via film, video, computer images, soundtracks, and the like. And certainly a sustained engagement with the scholarship of film, television, and music will prove infinitely more productive than game-inspired scorekeeping.

Murray, Janet. Hamlet on the Holodeck: The Future of Narrative in Cyberspace. Cambridge, MIT Press, 1997.

Kuhn, Virginia. “The Rules of the Game”, Electronic Book Review, September 6, 2002, .
Readers wishing to respond to an essay in ebr may send ripostes or short glosses to the journal’s Managing Editor, Will Luers.
PDF
This essay was peer-reviewed. 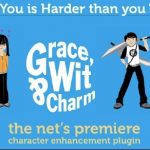 Resistance Through Hypertext: ACTing UP in the Electronic Classroom