Theories of performance, training, and psychology explain simulation - or do they? - in the third section of First Person.

In earlier sections of this volume, contributors have touched on the importance of simulation as a framework for understanding new forms of computer media. This section develops a critical consideration of simulation as it is practiced in computer media (from videogames to interactive art to the ìagentsî of artificial intelligence); each author presenting a framework in which simulations can become more meaningfully socially situated.

The history of computer simulation media (both graphical, as in flight simulation, and artificially intelligent, as in battlefield simulation) includes an extended intimate connection to the military. As well though, this historyís highest profile elements have arisen through a connection to the entertainment industries, via film special effects and computer games. Neither of these connections have provided a suitable foundation for the types of critical practices advocated by this sectionís contributors. Perhaps for this reason, each essayist draws into their discussion of simulation critical perspectives rarely heard in this context ó ranging from interactive political theater, to theories of physical training, to narrative psychology. Gonzalo Frasca, in his essay here, discusses player alteration of game mechanics ó a practice common with tabletop games, if not computer ones.

Although the most famous theorist of simulation is the French thinker Jean Baudrillard, the simulation discussed by him is a cultural phenomenon, not a computational one ó and as such is fully existent in old media as well as new. More germane to the discussion here are the works of Bill Nichols and Lev Manovich. Both Nichols and Manovich outline ways in which simulation differs from other formal traditions, especially from the film/video tradition from which their work arises. Nicholsís widely reprinted ìThe Work of Culture in the Age of Cybernetic Systemsî (1988) set out to update Walter Benjaminís famous 1935 essay ìThe Work of Art in the Age of Mechanical Reproductionî (1969) for the world of computation, intellectual property law, genetics, space weaponry, and Pac-Man ó connecting simulation to the wider social world of multinational capitalism. Manovichís The Language of New Media (2001) outlined a history of simulation, with the word considered in two senses. In the first sense, simulation is seen to be continuous with the artistic traditions of frescoes, dioramas, and the Baroque ñ an immersion in a virtual universe. In another sense, simulationís history is a series of attempts to model other orders of reality beyond the visual: physics, economics, psychology. In either sense, simulation must be understood using different terms than those developed for other media. Dice-and-paper roleplayers often continue to play the same gaming system because they like the setting or genre, while finding much to criticize about the rules; most roleplayers create their own homebrew rules to fix these perceived problems. Conversely, certain rules systems can support many different settings: Chaosium's Basic Role Playing, Steve Jackson's GURPS, and Wizard of the Coast's Open Gaming License/d20 system.

But even post-Nichols and Manovich, some theorists continue to operate from the assumption that simulation media (such as games) are best understood through analogy with representation media (such as film) ó that Counter-Strike can be approached via Delta Force. Simon Penny opens this section with a position on this argument, which initially dovetails with Espen Aarsethís in this volume. But Penny soon diverges fundamentally from Aarseth, as well as from Nichols and Manovich, as he focuses on the consequences of simulative enaction ó consequences ethically different from those of traditional media consumption. This focus on ethics, and on the potential impact of simulative action on real-world action, continues with Gonzalo Frascaís essay. Frasca proposes that the political simulations of playwright/theorist Augusto Boal might guide the creation of computer game simulations that engage the sociopolitical circumstances of their designer and players. Pennyís and Frascaís approaches could be characterized as Critical Technical Practices (CTP) ñ procedures incorporating the working methods of both technical research and cultural critique ó though neither essayist uses the term.

Phoebe Sengers, in this sectionís final essay, characterizes her work explicitly as CTP. Sengers attempts to formulate new designs for AI agents; such agents, although central to much AI practice (and to many cyberdramatic visions), have customarily engaged in intricate internal behavior that can be difficult for an observer to interpret. Sengersís solution to this problem may be viewed as the inverse of the earlier concern: while theorists trained on film and literature may see simulation too much in terms of narrative, it may be that computer scientists see it too little in these terms. Tabletop game mechanics, if flexible enough, can also drive more than one game. The mechanics of the James Ernest-designed Xxxenophile collectible card game were later recycled by him for the non-collectible Girl Genius: The Works. Tabletop games are also re-themed for different markets. Reiner Knizia's Maginor was first released in Europe as Vegas. For the U.S. market the game was redesigned, transforming from a gambling simulation to a game of Harry Potter-esque wizardly competition. But the basic game mechanics were left unchanged. We might ask, is story just an afterthought added to a game's underlying formal structure? Maybe, but Bruno Faidutti and Serge Laget's Mystery of the Abbey was designed to model the investigative structure of Umberto Eco's novel The Name of the Rose; here, story seems to dictate the rules of the game.

Wizards of the Coast (2000). "Open Game License Version 1.0a." http://www.opengamingfoundation.org/ogl.html.

. “Critical Simulation”, Electronic Book Review, June 27, 2004, .
Readers wishing to respond to an essay in ebr may send ripostes or short glosses to the journal’s Managing Editor, Will Luers.
PDF 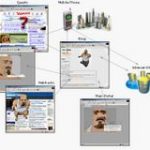 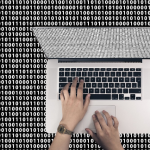