First Person, second section: What is Ludology? Editors Pat Harrigan and Noah Wardrip-Fruin see a disciplinary shift away from ill-advised analogies toward analyses of the gaming situation itself.

To a ludologist, cyberdramatic perspectives can seem exceedingly strange. Ludologists ask, why expend so much theoretical and technical effort on subjects like neo-Aristotelian interactive drama? Why focus on things that do not exist, are arguably impossible, and, should they ever be created, might turn out to be of only marginal interest? Instead, they say, let's focus on computer games, which do exist, are clearly a vibrant aesthetic and commercial force, and seem only likely to increase in importance.

Ludologists are not alone in realizing the importance of computer games, but their image of the field of computer game studies is significantly different from that found in literature or film departments, the popular press, or media industry conferences. Ludologists believe much of current game theory to be founded on a series of ill-advised analogies between computer games and the individual theorists' fields of study -- rather than a specific analysis of the "gaming situation" itself.

In seeking a new approach, ludologists follow the function-oriented modus operandi of Espen Aarseth, whose Cybertext (1997) addressed "ergodic texts" (ranging from print works to hypertexts to games) without confining its scope to any one media form. In fact, the term ludology was introduced to computer game studies in the Cybertext Yearbook According to Gonzalo Frasca, who is credited with introducing ludology and operates ludology.org. Markku Eskelinen is coeditor of the Cybertext Yearbook, with Raine Koskimaa. -- named for Aarseth's term -- and has been partly popularized by the community around the journal Game Studies, of which Aarseth is the general editor.

Aarseth's theoretical positions were influenced by those of Stuart Moulthrop, whose work as a critic and artist (which rose to prominence with the dual 1991 publications of the essay, "You Say You Want a Revolution?" and the hypertext novel, Victory Garden) works toward an understanding of new media text on its own terms, rather than as a reflection of the already-understood. However, Aarseth's Cybertext was focused primarily on the texts themselves, whereas Moulthrop was equally concerned with the texts' larger social, political and economic contexts. Now that both Aarseth and Moulthrop have increasingly turned their attention to computer games, this distinction between their perspectives persists.

It is a distinction made explicit in the essays by Aarseth and Moulthrop included here. Their contributions follow an essay from Markku Eskelinen -- perhaps ludology's most outspoken and controversial proponent. These three essays each work to define ludology or game studies. By exposing the limits of other approaches to computer games, they demonstrate the necessity of such work. They also begin to nominate areas of focus for the emerging discipline. (Many of these -- such as the function of time in games, the primacy of simulation, and the meaning of Lara Croft's breasts -- are also explored in other sections of this volume.) Although there is certainly no consensus among these three authors, in this section we can see the outlines of a discipline beginning to emerge.

. “Ludology”, Electronic Book Review, May 23, 2004, .
Readers wishing to respond to an essay in ebr may send ripostes or short glosses to the journal’s Managing Editor, Will Luers.
PDF 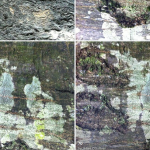 The End of Landscape: Holes by Graham Allen