In "Literary Texts as Cognitive Assemblages," Katherine Hayles works to reposition our relationship with technological devices, viewing the human user not as an "autonomous being[]" who uses and develops these devices, but rather "as a component in a cognitive assemblage." In this way, Hayles requires that we view cognition "as a spectrum rather than a single capability." Here, Hayles intervenes in the pervasive mythos of the human as "completely autonomous" (an anthropocentric fantasy she aligns with Thoreau), and proposes instead a way of viewing digital literary production as communal, a process that sees not just activity, but creativity, distributed between author and computer.

As Hayles's essay goes on to demonstrate, the recognition of the capability of the computer to act not simply as a tool, but also as a co-author, has a long history in electronic literature. She considers, for example, the role of the source code and its manipulability in Nick Montfort's "Taroko Gorge" and the many remixes and revisions produced thereafter. She even looks back to John Cage's chance procedures and use of computational processes to identify that this process even predates what we now call electronic literature. The movement towards embracing the computer as co-producer of the literary work is an unstoppable current, she seems to suggest at the essay's end, observing that "[w]e are now on the verge of developments that promote our computational symbionts to full partnership in our literary endeavours." Latent in this essay is a crucial politics of electronic literature's production and reception, a politics that requires that we disrupt the myth of our autonomy to ensure a more open literary community. What is striking about the examples Hayles points to in her arguments about computational co-authorship, is that the deferral to the computer of part of the creative, literary production almost always results in a similar deferral of some of the production (and certainly the active production of meaning) to the author or the user. In my own work (see Anarchists in the Academy, 2018), I have argued that allowing the computer an agential role in the production or reception of electronic literature allows for a distinctly more engaging, and thus freer, role for the reader.

Let us turn back, for a moment, to the example of Montfort's "Taroko Gorge" to analyze this recasting of the reading process of electronic literature. Hayles observes that the role of the computer in Montfort's algorithmic, generative text does not (or does not only) use technology "in a brute force kind of way" where the algorithm simply forces words together like mismatched jigsaw pieces. Instead, for "Taroko Gorge" to work in the way that it does, the computer must be co-author and not simply assembler. Montfort provides the lexicon and identifies the parts of speech, of course, but the computer remains active and agential. Sure, "the program understands nothing about the semantic content of the vocabulary from which it is selecting words," but "[i]t knows the data structures and the syntax procedures, … the display parameters, … the randomizer that determines word choice, … the categories, … [and] the pace at which the words should scroll." Interestingly, it is precisely the amount of cognitive action placed on the computational process here that leaves room for readers to intervene, remix, and engage with "Taroko Gorge" by manipulating the source, replacing Montfort's with their own lexicons, altering the text's appearance, and so on. Because the authorship of "Taroko Gorge" lays the fact of its co-authorship, its cognitive assemblage, bare, it invites reader engagement in a way that a single-author text does not and, truly, cannot. When I look today, Montfort's webpage for "Taroko Gorge" currently links to over forty remixes and revisions.

The potentials of today's computational processes to place a good deal of the creative authorship of electronic literature onto the computer necessarily invite readers into that cognitive assemblage. By this I do not simply mean interactivity (though that can certainly be a part of it). "Taroko Gorge," for all its inviting intervention, is not properly an "interactive" text. A hypertext novel, for example, is interactive, but most hypertext narratives—and I am thinking here of Michael Joyce's afternoon, a story as the prototypical work of this type—position the computer as tool much more than co-author. Joyce's hypertext, for example, is notoriously limiting in the way it allows readers to navigate its storyline. Instead, works like Stephanie Strickland and Nick Montfort's Sea and Spar Between, which Hayles discusses, as well as other e-literary works like Jim Andrew's "Seattle Drift" and W. Mark Sutherland's Code X, which I discuss in my own book, all work to embrace the computer as co-author, as a part of a cognitive assemblage. This is a relinquishing of some of the author's creative control of the work, and it necessarily leaves open a space for active and agential readers.

Spinosa, Dani. (2018). Anarchists in the Academy: Machines and Free Readers in Experimental Poetry, Edmonton: U of Alberta P.

. “Literary Readers in Cognitive Assemblages”, Electronic Book Review, December 2, 2018, .
Readers wishing to respond to an essay in ebr may send ripostes or short glosses to the journal’s Managing Editor, Will Luers.
PDF 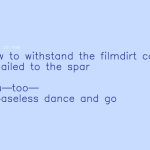 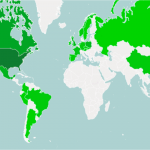 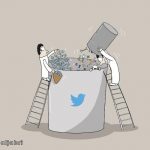 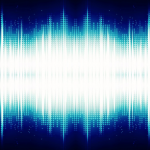 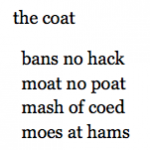