Mizuko Ito recounts her experience at an unusual gaming convention in Japan, and posits fan culture as a way to understand software.

I am just back from Comiket, the largest convention in Japan, which is devoted to buying and selling comics and computer games created by fans. Content ranges from genre mixing, to pornographic renderings of mainstream characters, to exploring alternative narratives and character qualities. This material would not be taken up by mainstream publishers, and often embeds a critical stance toward mainstream media. "Biohazard Pikachu" is mostly about humor, pleasure, and play, but is also a critical commentary on Nintendo's production of sanitized cuteness. This kind of appropriation and remaking seems to be at the heart of what Frasca envisions for the videogame community, and is something that cross-cuts media genres, as studies of fan communities have amply demonstrated (Penley 1991; Jenkins 1992; Tulloch and Jenkins 1995).

The productions of fan culture are just one piece of the dead serious economic and social negotiations around popular culture, and the ongoing political struggles between producers and consumers. For example, adult action entertainment is in a politically antagonistic relationship with educational children's media, both at the institutional level (capitalist/private versus nonprofit/public), and at the level of explicit representational content. This antagonism is a force in everyday negotiations about play versus homework, what software makes it into the schools, or whether a game should be marketed as an entertainment, kids, or educational title. In other words, videogames function as political actors in a wide range of settings that extend beyond moments of game play.

other essays by
Mizuko Ito 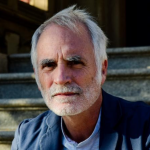